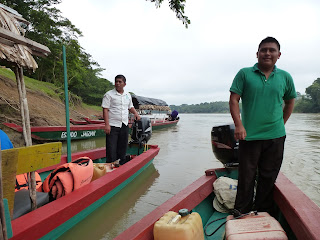 Even by my standards, today was ambitious.

Yesterday morning, I'd left Mexico City via metro to shuttle bus to plane to shuttle but to Palenque, seen the ruins, and kind of collapsed.

Today wasn't a rest day, though. I'd read about Yaxchilan and Bonampak, two less-visited Mayan sites. The former was so hard to get to, you had to take a boat. And then I had an overnight bus right after that.

It would be tough to do both of these by public transport in a single day, but most travel agents in Palenque offer day tours to both sites. There are day tours to some spectacular waterfalls too, but I had to make choices. And have reasons to come back. 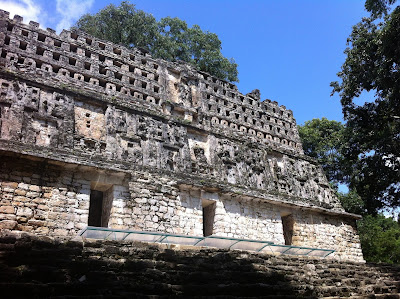 At six, I left my luggage with hotel reception and stood in front of the hotel until a van pulled up for me.

"Marie Javier?" The driver got out and showed me a receipt with something sort of like my name.

I jumped in the shotgun seat. There were three other passengers in the van, but it was dark and no one was terribly cheery at that hour.

We picked up another couple, drove and hour and a half, then stopped for breakfast. 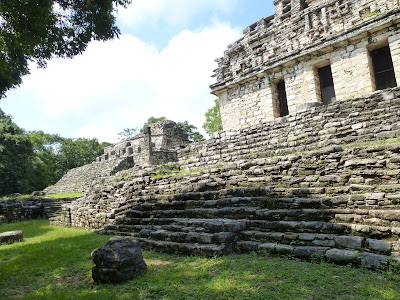 Now I could see we had two Mexican couples and one Brooklyn-American-Chinese from Wisconsin. No one was all that alert yet, but we had coffee and eggs, and they all had fruits and breads while I nibbled on some tortillas.

We got back in the van and drove on to around ten, when our driver pulled up near a pier and a ticket pavilion.


We boarded boats -- other vans with tourists pulled up too and those other tourists joined us -- and we headed up (or down?) the river about 20 minutes, and then pulled up to a pier at the bottom of a hill. 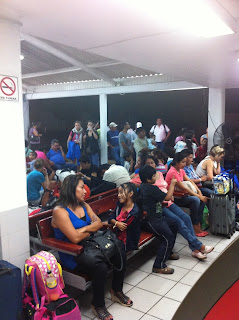 Up the hill was Yaxchilan. I walked every excavated inch of it, and was glad I did. This is what Palenque is said to be -- deep in the jungle, atmospheric, a bit wild. Amazing.

And after we'd all gotten soaking wet from sweat and humidity, and listened with amusement to howler monkeys trying to sound bad-ass, we boarded the boat again and headed back to the pier to the van to lunch to Bonampak.

Which had lovely murals.

By now, I was utterly beat. But there was still one more thing to do.

To take my sweaty, stinky self to the bus station for the overnight bus to Merida.

More photos of Yaxchilan and Bonampak are here. 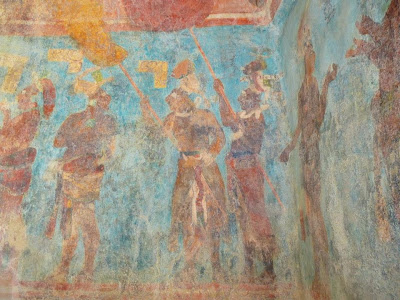 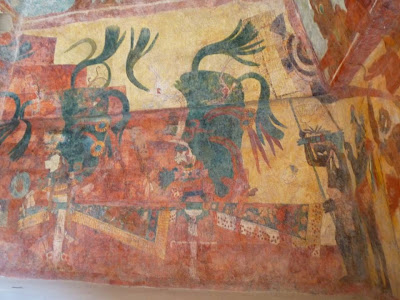