"I read your book proposal," my colleague said this afternoon.

She is working on a book, and I sent her a few book proposals so she could learn the structure of a book proposal.

I knew which one she meant. She meant the Curse of the Hippo book proposal. The book I haven't written yet. The book I don't know if I'll ever write. The book about the complicated break-up in Uganda, the long recovery across Kuwait and Cairo over two or three years.

But really, I was avoiding talking about the topic. What's there left to say? In time, you forget. You lose interest in the other person, his attempts to cover up his digital footprint, his path through life. When you stumble over the photo of him ten years later, you don't wince. You just snicker a bit about aging, something happening to you as well.

I got off the train at Hollywood and Highland tonight, so I could go to the shoe store by the Chinese Theater. When I was trying on Pumas, I suddenly realized I was ravenous. Desperate for food, I quickly walked down Hollywood Boulevard toward home, mentally digging through my larder as I walked.

Cooking would take too long. I'd stop by the Indian carry-out at the bottom of my street.

That's where it hit me again.

In the summer of 2005, H.M. and I would head from Murchison Falls into the nearest town, Masindi. I'd set my laptop up in the Internet cafe, launch Fetch, and start uploading my color files to Marvel or Gemstone. The connection was so slow we'd leave the iBook running and go to the cafe next door for lunch.

The cafe didn't offer much aside from fried eggs and burgers, but they did have samosas. So once a week in the summer of 2005, I'd have samosas while uploading files. And now, I can't look at a samosa without remembering that summer in Uganda, switching back and forth between Murchison Falls National Park and my apartment in Bbunga, near Kabalagala on the Ggaba Road from Kampala.

Tonight, as I ordered the Bombay Plate to go, I thought about Uganda, those samosas (which were too spicy to be honest), and Herr Marlboro, and how time heals nothing, but it dulls it to where you are almost a little embarrassed you ever talked so much about it to your friends.

The cashier at the Indian carry-out interrupted my thoughts. "Anything to drink with that?"

He fetched two samosas. Just like in Masindi, you couldn't get one. You had to get two.

I took the samosa home, sat down in front of my laptop, and bit into it.

Too spicy, I thought with a laugh.
Posted by Marie Javins at 11:13 PM No comments:

Friday. At the Universal City bus stop.
Sunday. On the Sunset Boulevard bus.

Monday. On the bus I call the WB express, because it goes over the hill from the metro to Warner Bros in Burbank.
And then there was that time a possum was stuck in the middle of Sunset Boulevard. See the sort of things you miss by not taking public transportation?

Posted by Marie Javins at 9:40 AM No comments:

That's it, I can hold back no more.

How can we know if it's the right thing to do? In uncertain times, what happens to real estate? What's next for property when all is unpredictable?

I've read articles claiming some ability to see the future. Some are bearish, while others are bullish. I'm bearish--I see nowhere for interest rates to go but up, up, up. But there is a lack of clarity on what this means. When credit tightens, don't fewer people buy? Will that result in falling prices?

I can't foresee prices going down in Los Angeles, simply because there is a shortage of housing. LA has so many houses and not enough apartments--it just wasn't a thing here for many years. People stuck to suburban-style living in the middle of the city. The area has a long way to go before supply catches up with demand. Short of an earthquake or continuing drought, at least. And there's been a lot of rain lately.

There are really not enough condos in LA, and I'm no economist, but I'm sure this is because rents are so high right now. Why should a developer produce condos instead of rentals when rentals are such cash cows? Though I'm told there were financial incentives to developers to create rental properties, and these may eventually be converted to condo.

I went to look at a condo in North Hollywood right before the Christmas break. It was depressing--tiny, expensive at $299k, in a building that needed a lot of cheering up. But it's the best value I've seen around town, because it was by the metro. There's a supermarket, post office, movies, shops, buses to all over, metro two stops from the farmers market, a Y, a diner, and the prices seem likely to continue to go up as the movement now is to walkable areas with public transit.

I waffled due to its dowdiness, and it was gone by the time I decided to bid. But that's good, because I needed to do more research anyway.

It's been a month now, and I've learned a tremendous amount about the local market. I've looked at tiny houses, which they call "bungalows" here, and some of them were up on hills. I've studied Redfin and Trulia and Realtor sites obsessively, and I even sat down and worked out the point at which the cheapest condo costs as much as the least-pricey house, assuming they are both a reasonable commuting distance from my office. (FYI, it's between $325k and $350k, depending on the condo fees.)

I even rented a car and went out to Sunland, to La Crescenta, and to El Sereno, to Montecito Heights, to see what the commutes would be like from those spots.

Too much. The cost of the car overcomes the bargains to be had, and the sprawl of the Sunland area was a bit too much for me, though there is a bus to my office from Sunland.

The only houses that really make sense for me are between 400-700 square feet. You read that right. Crazy, isn't it? My first condo in Manhattan was 463 square feet. I can't imagine fitting a house into it.

It took me years to find my JC house, and I still can't believe I got it. I hope to nail this down sooner, while interest rates are still at historic lows, rather than later. I have to live here for work anyway. I might as well be building equity.
Posted by Marie Javins at 5:17 PM 4 comments:

My vote put it over the edge!

Of course, the same day this happened, I concluded I could get a $500k house in Burbank for the same as a $300k house back home, due to property taxes, but hey, it's either going to the bank or the municipality. (shrugs.)
Posted by Marie Javins at 11:29 PM No comments: 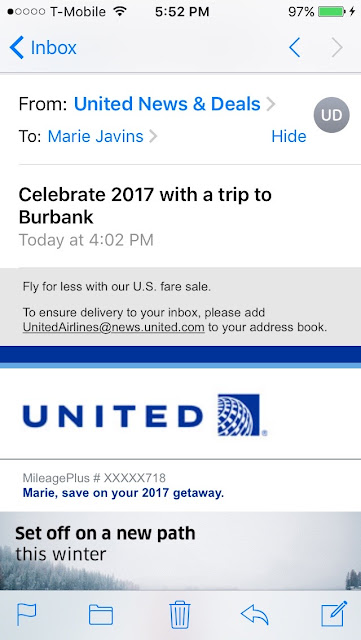 Posted by Marie Javins at 4:09 PM No comments:

Just off the plane at LAX.

We now begin the part of the year when I stop complaining about living in Los Angeles.

Don't worry. I'll complain extra in the spring to make it up to you. 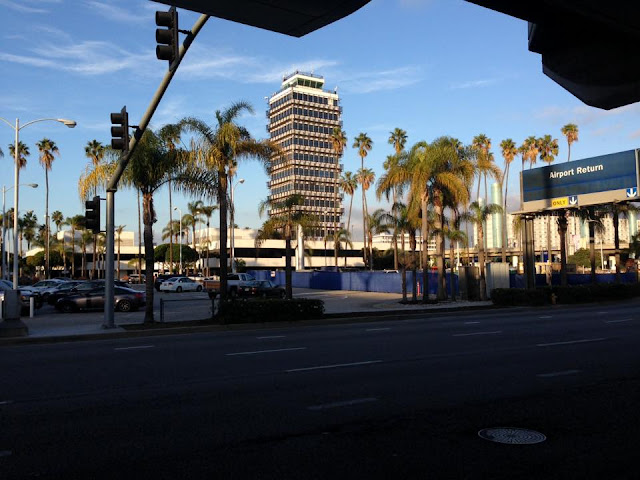 Posted by Marie Javins at 4:24 PM No comments:

It is said that getting upgraded on the first day of the new year means good luck. 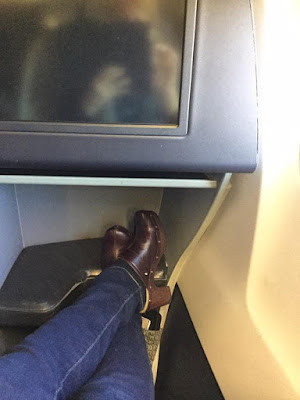 Posted by Marie Javins at 10:18 AM No comments:

I was upgraded (yay!) on first day of the year, which is always great, even though it only seems to happen when I don't desperately need it.

I kicked up my feet and watched out the window as the plane left Newark. 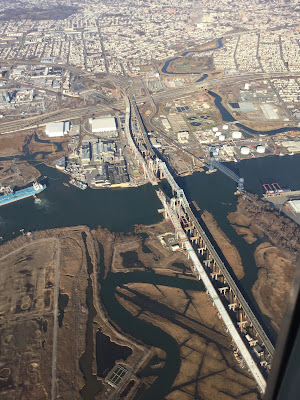 Read more »
Posted by Marie Javins at 9:15 AM No comments: 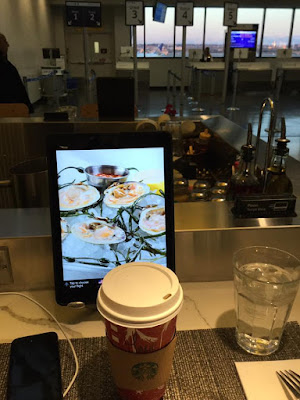 My first act of the new year was—again—to get on a plane from Newark to LA.

2016 offered us a glimpse of distant mortality, creeping closer over the coming years, if we can get through the immediate problem of our naive media and tech unsophistication having left us susceptible to economic or nuclear collapse.

I've  had a good run in my adult life, followed every dream and then some, metaphorically seen the fire off the shoulder of Orion, and yet here I am, same spot we're all in.

Only mine is at the airport, so has a plastic knife.

May we get smarter as a species, grieve in segments rather than in a giant wave as in 2016, as icons left us in a herd.

Posted by Marie Javins at 8:04 AM No comments: