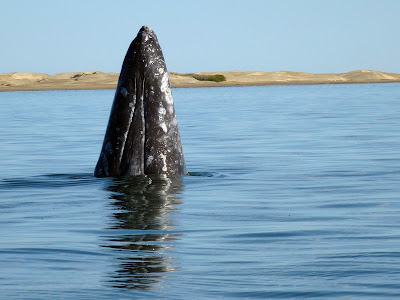 In January, 2017, I went whale-watching near the Channel Islands, off the coast of Ventura. I'd read this part of the Pacific is on the migration route for gray whales, who head south for the winter.

Sure enough, I saw several whales that day, along with dolphins and sea lions. But I'd also read about where those whales were headed—to lagoons off Baja California, where they birth and nurse their calves, as well as mate for the next go-round.

I didn't give much thought to whale migration again until I realized whale season was upon us here in 2019, and I hadn't acted to get myself south to Mexico to see the whales. Was it too late?

I researched every term I could think of. Solo travel to Baja. Independent travel to see Baja whales. Gray whales, Baja. Budget travel, whales. I searched guidebooks and websites, but didn't find anything truly satisfying until I really dug in. Central and southern Baja wasn't far away as the crow flies, but it was too damn long from LA by bus. Fifteen hours by car, longer by bus. Nope. Not gonna do that and be at the office by 9 on Monday.

Look what I did over the weekend.

Well, okay, I didn't DO this. But I went and saw this.

Categories: Mexico, Travels with Myself, West for Work

Now is a good time to stop by the Grammy Museum. 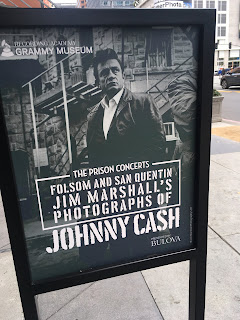 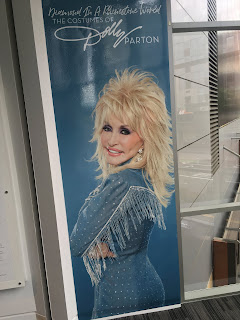 I was en route to the travel show* at the LA Convention Center, entering the Hollywood/Vine metro station, which is actually at Hollywood and Argyle.

There was a guy inside the platform’s glass-sided elevator.

I averted my eyes and walked to the other end of the platform. I kinda wanted to see where this story went, but self-preservation won out. 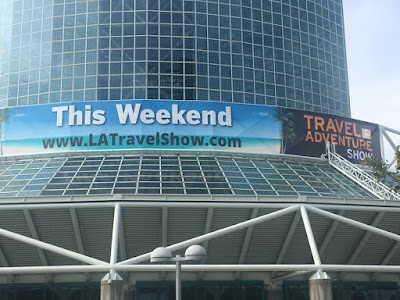 *At the travel show, I interrogated some Baja reps about the bridge from San Diego to Tijuana Airport, the CBX. From Burbank, it is possible to take the 4:50 a.m. Flixbus to Old Town, San Diego, hope on a trolley to the San Ysidro border, get on a $6 shuttle to CBX, then walk into the airport through passport control, and take a Calafia or Volaris flight south into Baja.

But My Haircutter Moved to San Francisco

Going to SF for the day seems decadent, but you know what’s more decadent? Paying for a hotel. 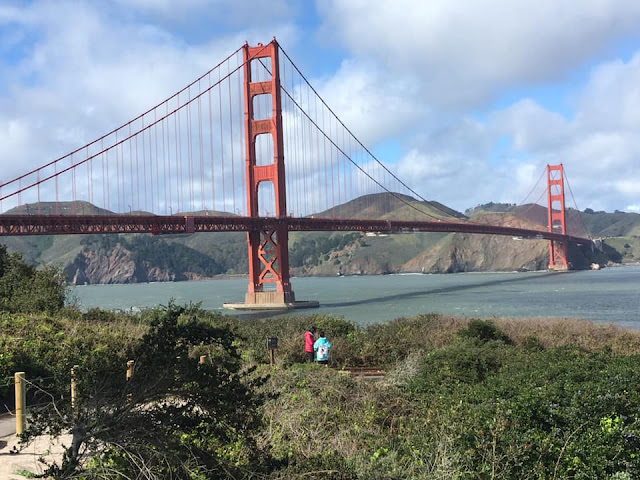 There are occasional days I regret my choice to not own a car. 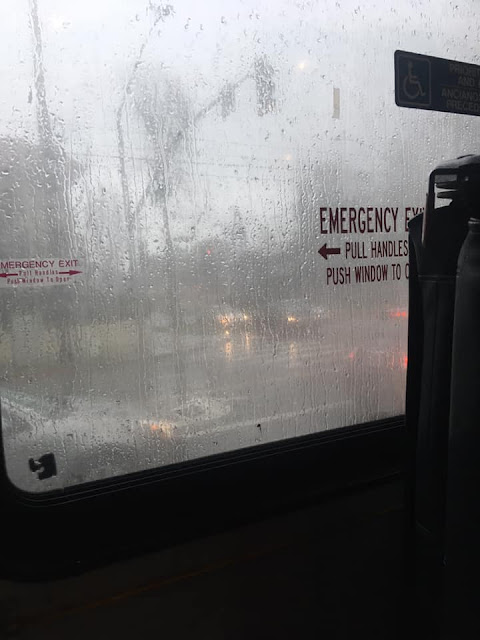 I went to my first Burbank homeowner's association meeting.

Today I went to the first of four workshops intended to teach techniques for relieving or mitigating stress.

Here's how my first hand-building projects came together. A pinchpot and a coil pot.

Admittedly, they're not gonna set the world on fire anytime soon, but I'm learning.

I might take the same beginning class over again in the spring. 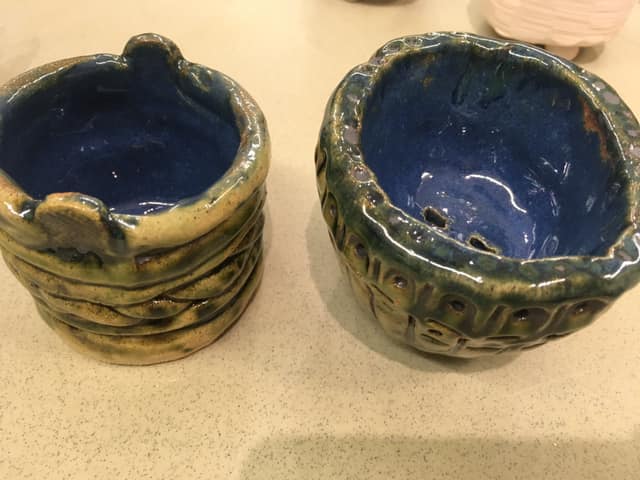 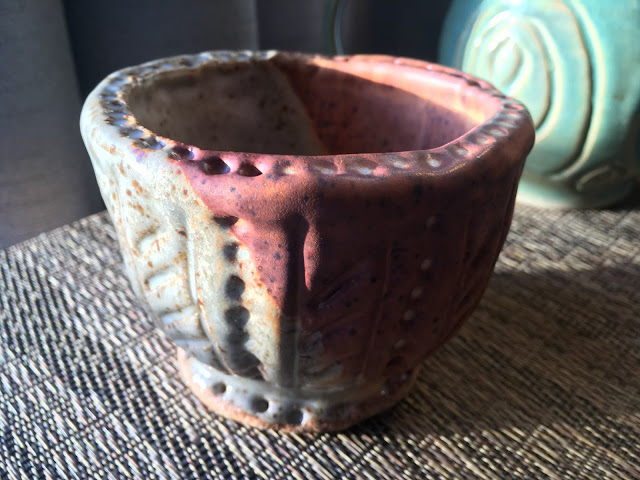 I'm trying to figure out how and where to hang all my souvenirs here in Burbank. I'm all out of room in JC.

It's harder than it looks! 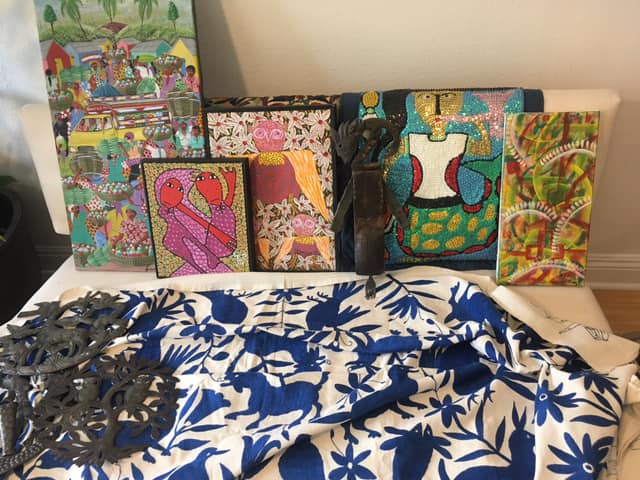 I can't remember if I showed these already. Back in September, I mocked up some fake color guides, supposedly from the early to mid 1980s.

My Dr. Ph. Martin's transparent dyes were in Jersey City (I have them now), so Rob L, who lives on the West Side, had to stop by Steve B's house after work and borrowed his dyes for me. Many were dried out, but there was enough liquid to mix what I needed.

I made do without Finch paper, but in the later years of guides, we'd started using crappy paper anyway, so I was kind of used to it.

I didn't have the tray for mixing colors, so I emptied out little creamer packets from the office kitchen and used those. Rob Clark had an unused Winsor & Newton brush, and we were off to the races.

I can't remember the last time I enjoyed going to work quite this much. 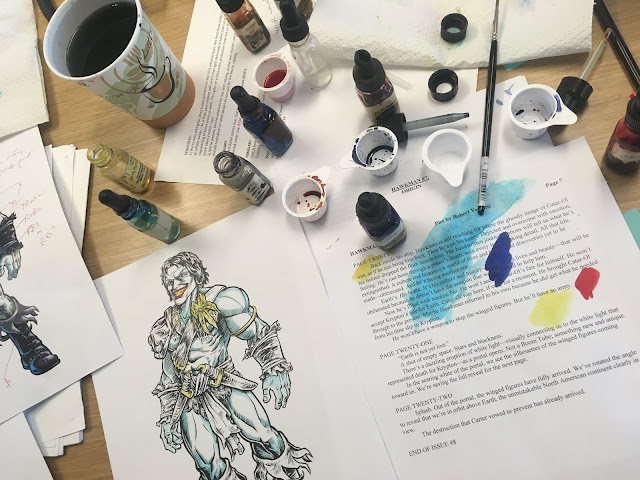 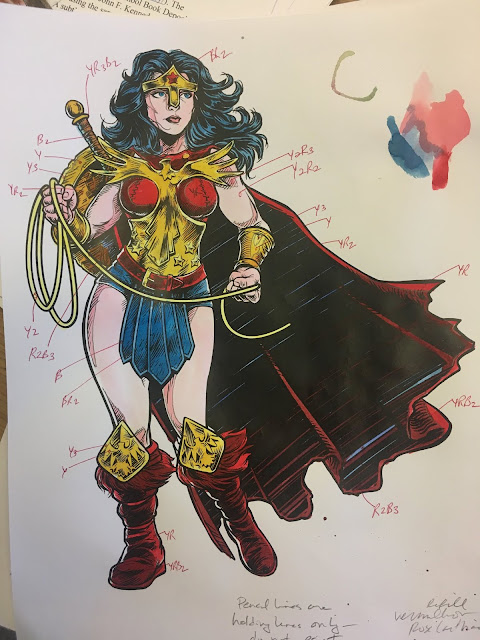 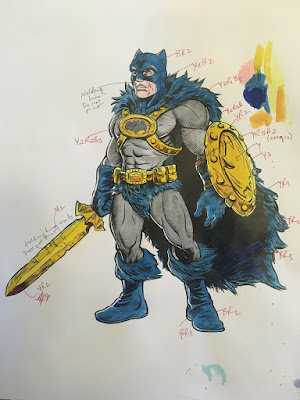 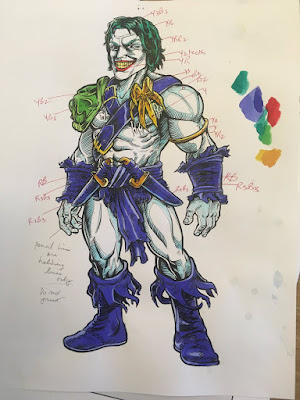 Here's a visual aid I made for a little class I taught at work today.

It's part of my quest to get people to accept that these two modes are tools that work together to make a nice printed comic book. You'd be surprised how many people have nearly gone into fisticuffs over CMYK vs. RGB.

Or maybe you wouldn't, if you work in comics. 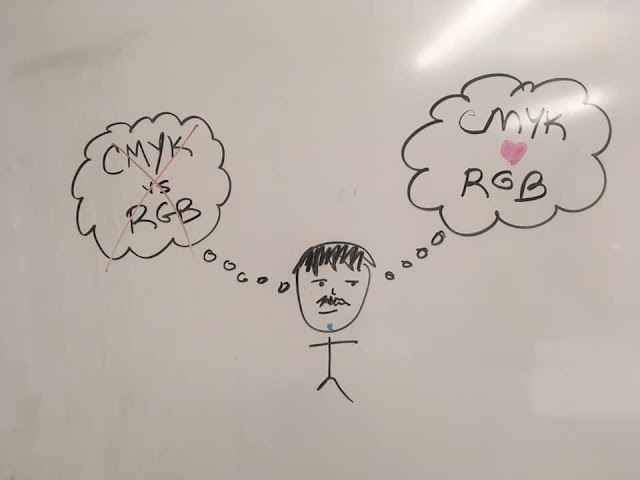