You're Gonna Make It After All

Finally, I have a home near my place of employment.

Meaning, while I have a great house in Jersey City, I now have a studio apartment in Hollywood, just over the mountain from Burbank. That's where my office moved to back in April, though I showed up late, in early June. It's where I go every Monday to Friday for more than eight hours a day.

I've been hemorrhaging money on short-term housing since June 2. You know that's much pricier than simply renting, though it includes utilities and Internet. But what an experience! I was able to taste-test multiple neighborhoods. "May I try a spoon of the Los Feliz? How about the Hollywood Hills? Is the Toluca Lake fresh? Can I sample the Downtown?"

I don't regret a second of it, as much as my bank account suffered. But I had to stop. I was getting tired of the moving (though we know from experience I can go for years on that front), and I wanted to unpack my hard drives and monitor, and I need to go through my stuff in storage in JC and see what has to come out here to brighten up my "bachelorette pad," as a friend puts it. I feel like Marlo Thomas or Mary Tyler Moore when he says that. Can I turn the world on with my smile?

Probably not, but I can at least enjoy the adventure of going down twenty thousand roads, even though we all know exactly where they eventually end up. I know where home is. Most narratives are like this, with the ending being a foregone conclusion, but the fun is in how we get there.

The fun for now is in staying just under Whitley Heights, right over the Times Square of Los Angeles. Ack. Spare me the Hollywood Boulevard Elmos! On Friday, I ran over Spider-Man's toe with my luggage. Did he glare at me? How would I know? But he did say "Watch it," to which I managed to not respond "Dude, you're supposed to be faster. You can do whatever a spider can, you know."

My Aerobed and I moved into my bachelorette pad on the 15th. I made two trips in my rental car, one from my temp housing in the Hollywood Hills and another from my storage unit, then returned the car to LAX. Getting back was a total drag, because I had to wait for the Dollar shuttle, then wait for the Flyaway bus to Hollywood, but I slept soundly on my own sheets, with the beautiful quilt Michael Kraiger's mother made for me a few years ago.

Yesterday afternoon, I headed up to Burbank to look at some mid-century furniture stores. There's some nice stuff out there, but I couldn't justify the cost, so I shifted gears and headed to IKEA. I talked to the home delivery desk and learned I could order a bunch of stuff and it would be delivered to me within 24 hours for a flat fee of $59.

I bought a dining room table and two chairs, a desk and office chair, and a mattress, paid the delivery fee, and then headed home. Burbank had a festival going on which made getting out of there super-annoying, but the delivery part couldn't have been easier. I was just settling down to eat breakfast on my windowsill when my phone rang at 9 a.m., and my IKEA boxes were in my apartment by 9:30.

Now I get to put it all together. 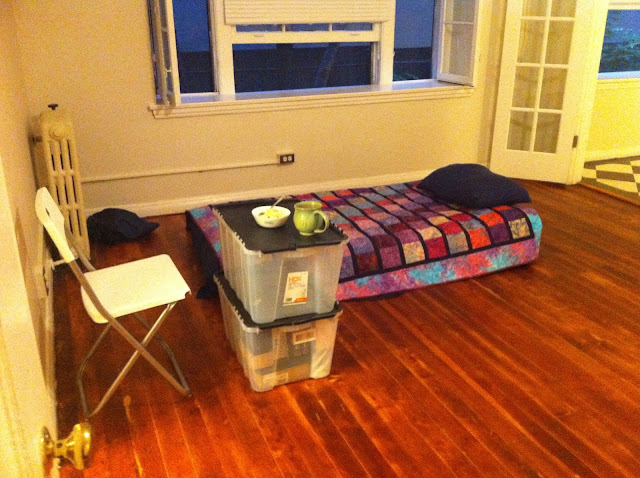 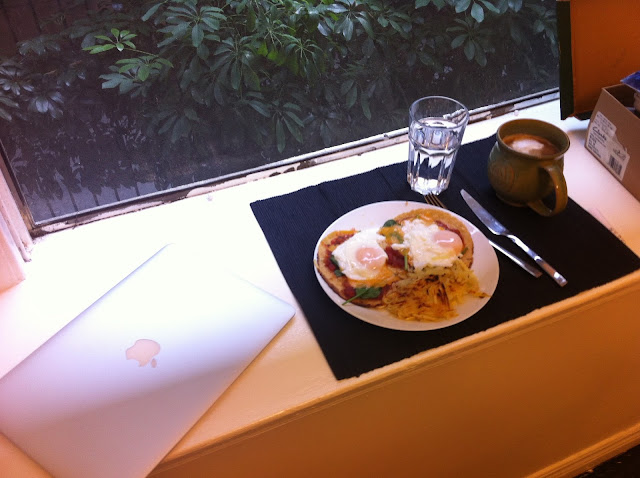 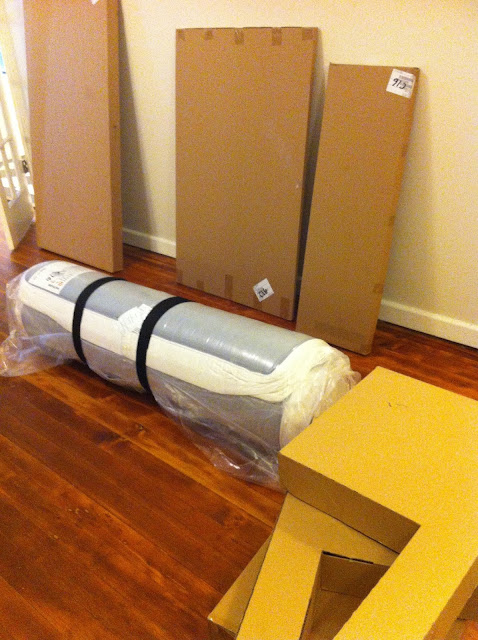 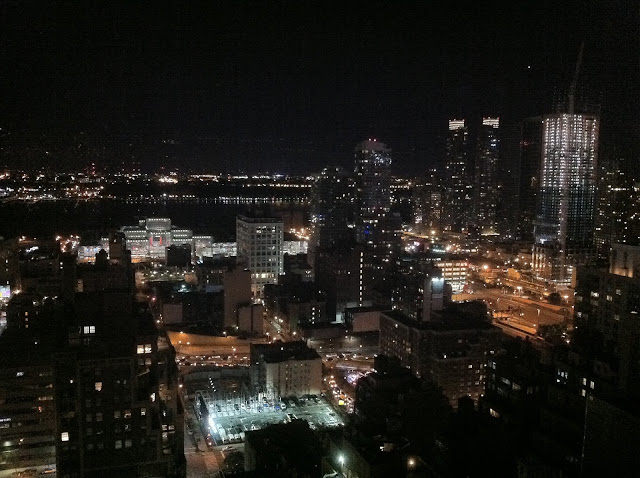 Posted by Marie Javins at 8:16 AM No comments:

Home for the Weekend

I'm in New York for a comic book convention, so work put me up in a hotel. I'm right across the street from the office I had with my previous job, so it's nice to know my way around. 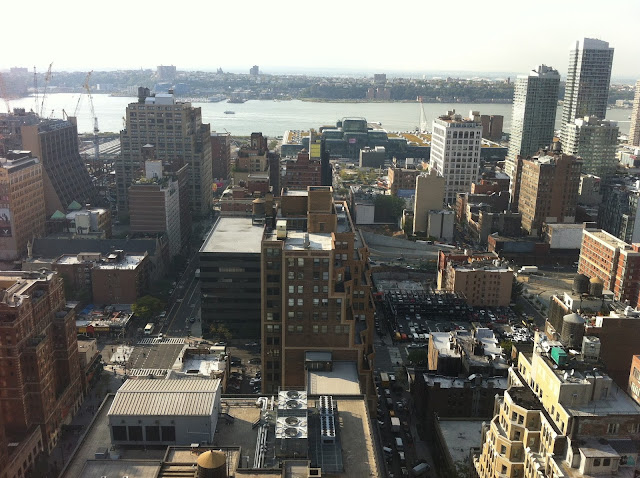 There is a small neighborhood of beautiful Victorians down off Sunset, toward Downtown. I'd been meaning to go over and take a look at Angelino Heights, but I hadn't gotten around to it.

Then, I spotted a walking tour with LA Conservancy.

The whole walk would only take 20 minutes without a guide, but with a guide, it took a few hours. We even got to go into a few houses. I was jealous of the houses, of course, wishing my own house was a lot farther along, and remembering how nice my last condo was when Turbo finished it.

Here are photos of the whole walking tour. It made me wish I'd gotten the leaky oil-tank house up on Beacon Avenue, the one with the intricately carved fireplaces. 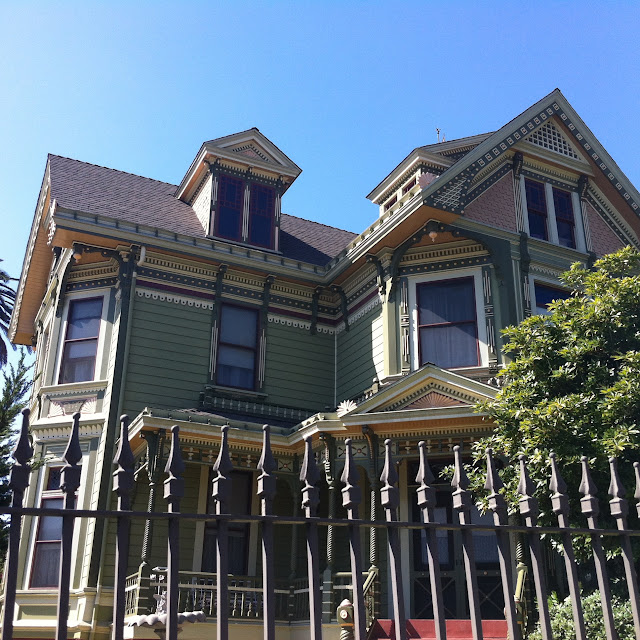 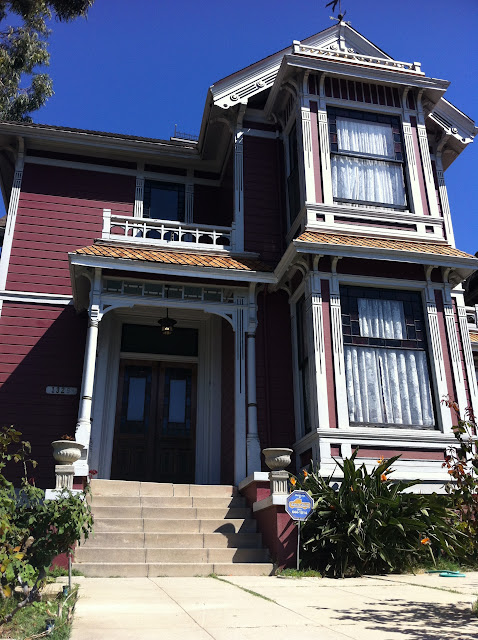 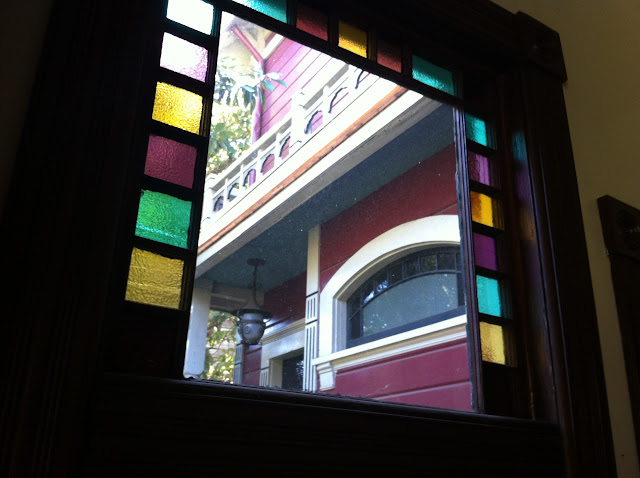 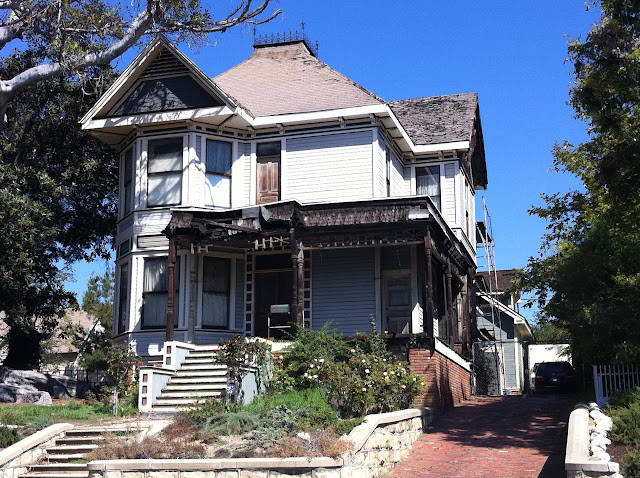 Posted by Marie Javins at 12:49 AM No comments:

As Language Evolves and Spelling Disintegrates...

Today's helpful hint. And while we're at it, "he" is a pronoun. "Hee" is a giggle or part of a donkey's call. "Heh" is somewhere between a giggle and a laugh. "Hehe" only exists in the imaginations of those too lazy to type extra vowels.

Posted by Marie Javins at 12:36 PM No comments: