Now Luxury Condos on the Hill

Just tonight—only a few minutes ago—I realized I could see the old Jersey City Medical Center out of the back window in my apartment.

It was built under the Hague administration between 1930 and 1941.

That seems old until I remember the house I'm buying is at least 32 years older. Maybe even more. I have reason to suspect the 1898 date is based on a misreading of the width of the house on an old map. 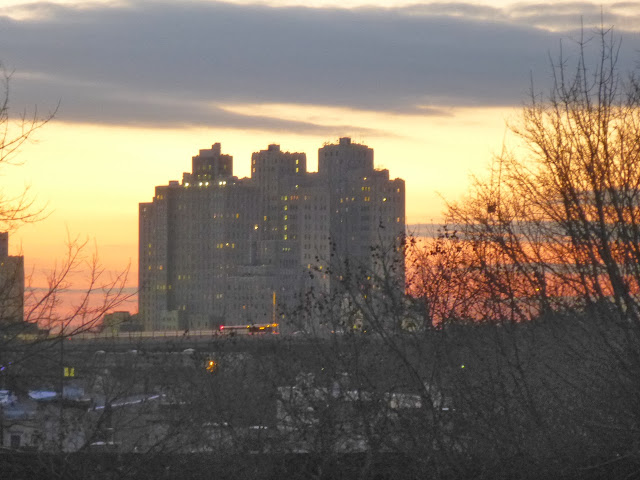 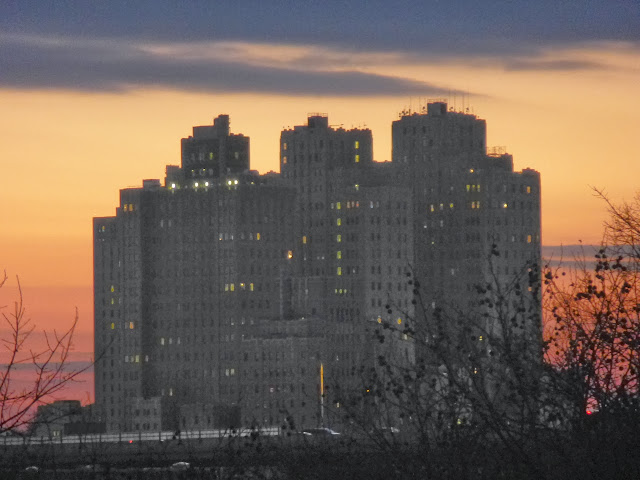 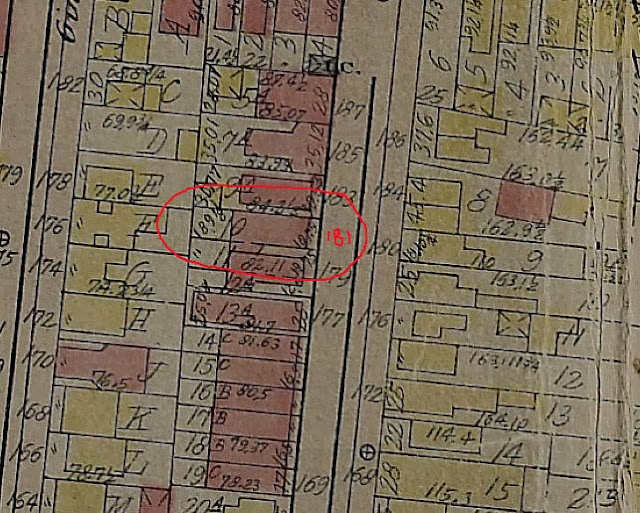 Posted by Marie Javins at 5:28 PM No comments:

It's Christmas and you know what that means...it's caganer season in Barcelona.

And in my apartment. 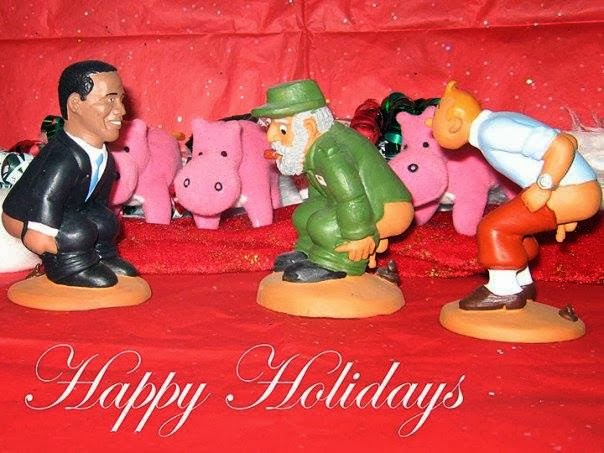 Here is a look at the caganer selection in front of the cathedral in the old city, from when I was there at holiday season just a year ago. 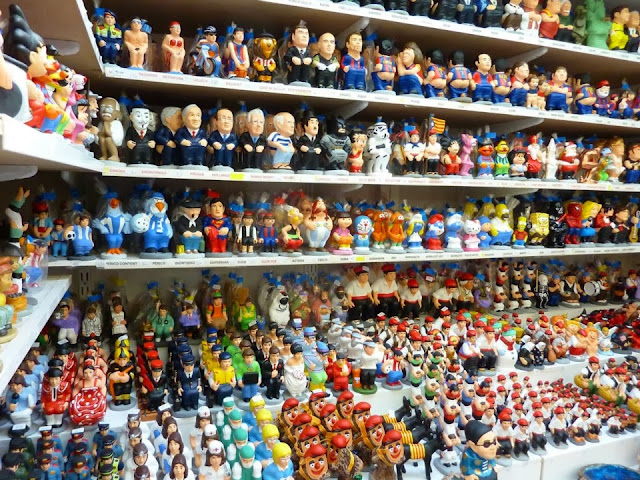 Posted by Marie Javins at 9:31 AM No comments:

Kraiger is up at the Journal Square Holiday Market today.

He didn't make the handbags, but he made all the snowmen. 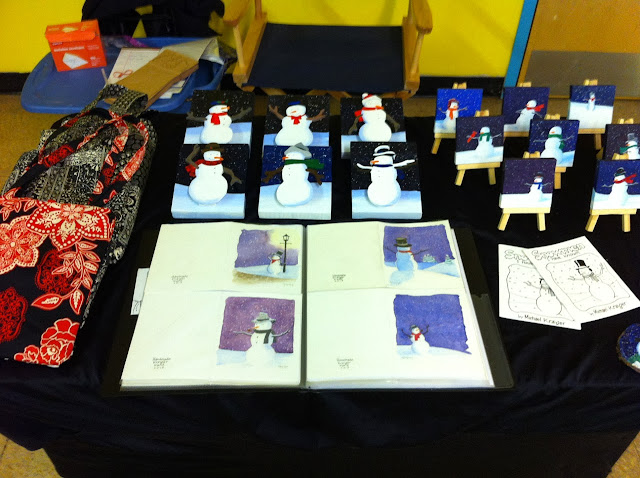 Posted by Marie Javins at 3:18 PM No comments:

I Kick These Down the Hall on a Regular Basis

Someone in my building is kind of a smart-ass. 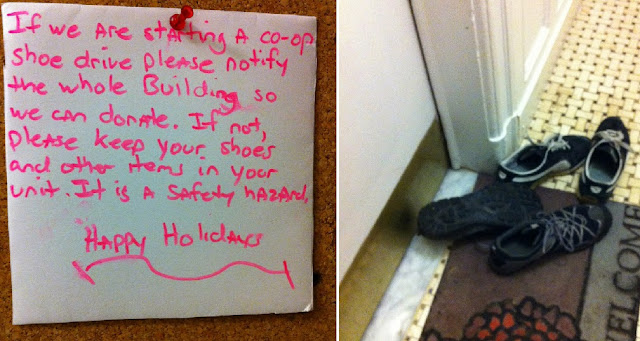 Posted by Marie Javins at 9:52 PM No comments:

Chatty Me, and Fast-Chatty Too

More about me than you ever wanted to know, here on Brian Heater's podcast.
Posted by Marie Javins at 6:55 PM No comments: 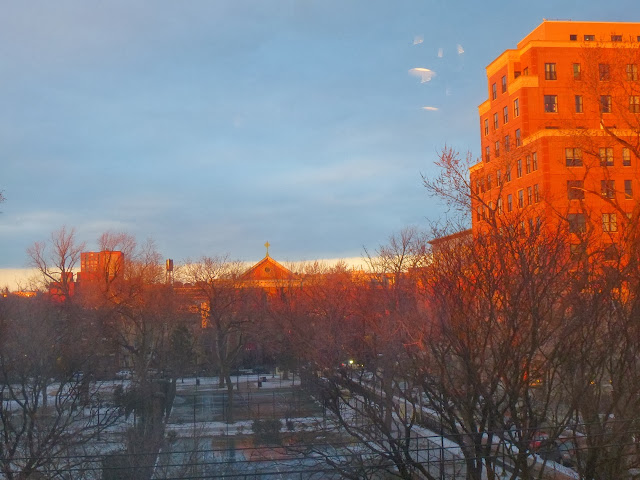 I received my appraisal of the house I'm buying today, and we're proceeding along as planned. Inspection is next week.

I took a lot of photos when I first saw the house, but I regretted missing some of the more awesome aspects of the upstairs bathroom. Fortunately, the appraiser included a photo.

What to do with this? Well, the floor goes. Fast. That's okay, I know how to do floors after that never-ending tiling experience in July. The wall has to go to. That I'm not so sure how to do.

But I think I have to salvage the baby-blue fixtures. I'm thinking one bathroom can be fifties-retro and the other can be Victorian-style.

The swans...I'm on the fence about the swans. They are kind of amazing, but I guess the question is how retro is too retro? 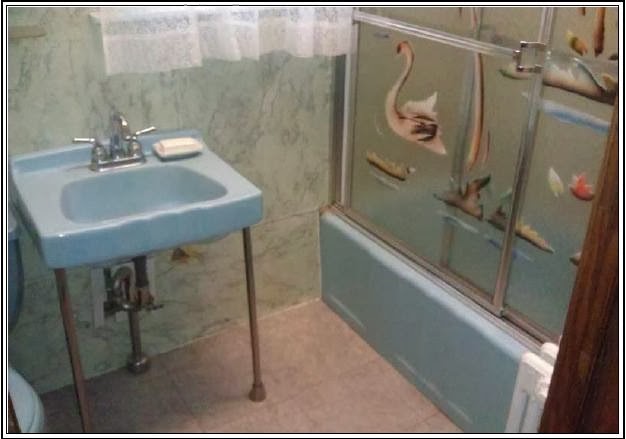 I stopped by the WORD Jersey City preview night tonight. The bookstore is right by the Grove Street PATH, so easier to get to than the original one in Greenpoint. I'm excited because I want to see their events, and sometimes be in them.

I started going to WORD when my friend Kelly got a job at their Brooklyn store as their events manager.  Before that, she worked uptown at a bookstore where I did an event for the 3-D Children's Atlas, and a baby ate a book while I was speaking.

Kelly has long since moved on and then expanded to other cities, but WORD is doing that too. Over here, to my part of the  world. I am looking forward to their coffee shop. There never seem to be enough seats in coffee shops over by Grove Street. And what better place to write when I'm out than a bookstore? Though admittedly I've only been writing at home now for ages, because I've needed the large monitor to work on the Marvel movie books, looking at PDFs while also keeping my writing document open.

So welcome to the neighborhood, WORD! We all hope you thrive and stay here with us in Jersey City. 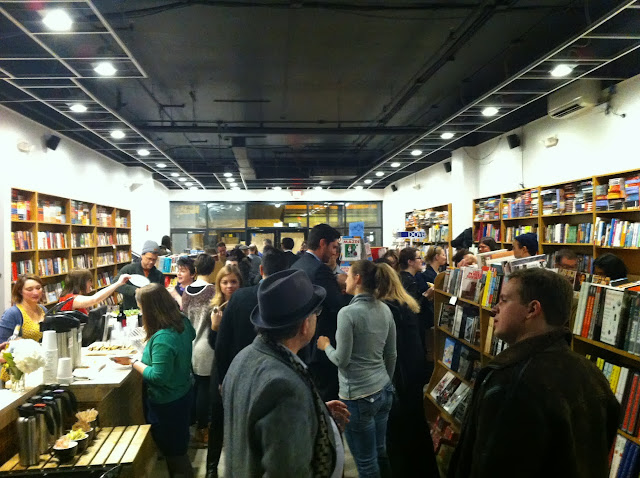 Posted by Marie Javins at 9:37 PM No comments: 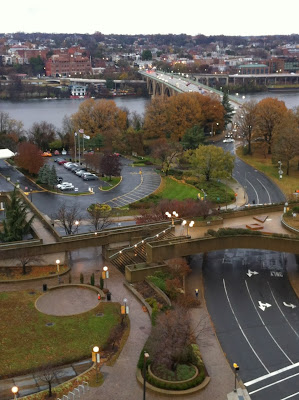 So for Thanksgiving, my car was rear-ended while at a full stop at a stop sign. By a guy who was also at a full stop. But he was looking at the oncoming car and thought I'd gone and WHAM, that was an interesting start to the day.

I had gone up to sign the contract on my new house, then dropped my car off in my garage, grabbed my bag, went to teach, then left class 20 minutes early to rush up to the bus stop for the TripperBus to Washington DC.

After standing in the cold rain for an hour, I started to think my 10-10:30 pm arrival in Rosslyn, VA might be ambitious. We were finally on the 6 pm bus by 7:30, and after the first hour waiting to go the three blocks into the Lincoln Tunnel, I went ahead and canceled the car I'd reserved. I had been planning on taking the Metro to National Airport and picking up my rental car, then driving the hour-and-a-half to my mother's house in the Shenandoah Valley.

But the rental car place closes at midnight, and we didn't get through the tunnel until 9 pm. Three hours to get to Hoboken. I could truly have walked there and back. I should have ordered my dinner to the bus from a Thai restaurant on Ninth Avenue.

I used my phone to book the Holiday Inn a block from the bus stop, and the bus pulled into Arlington at 2:30 in the morning. 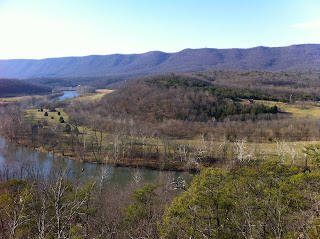 When a holiday starts like that, there's really only one way it can end.

With the Newark-bound BoltBus breaking down on Friday evening, ten minutes out of Union Station.

The NYC-bound bus pulled up to help, and several of us jumped ship. When we pulled up by the Holland Tunnel, I tried to get the driver to let me out, but no, it's against the rules. Instead of being at Newark where I could walk over to the PATH, I ended up on Canal Street.

It was okay though. At least it was shorter than the trip down.

I still have to deal with my poor car, though. Tomorrow...
Posted by Marie Javins at 8:47 PM 1 comment: