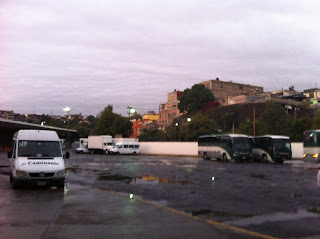 On this particular Friday, I got up at hell-o'clock and didn't shower. I just closed up shop and checked out of Hotel San Diego, pulling my bag through puddles in the dark to the Mexico City metro.

I had been worrying the metro might be too crowded for me to get my luggage onto a car, so I made sure to board by 6:30 AM. The trains were still crowded, though not unbearably so, and I let one train go on without me. At home I would have barreled in, bag and all, but that's not my place in Mexico.

I took the metro to Observatorio stop, where I promptly got lost trying to find the Poniente bus terminal. It's right behind the metro but I didn't see any signs. I finally found it with the help of a vendor who spotted me looking deer-in-headlights-ish, and bought a ticket on the shuttle to Toluca Airport. I was flying on VivaAeroBus, a budget airline, and they fly out of Toluca, near Mexico City. When you fly budget, you pay in irritation. 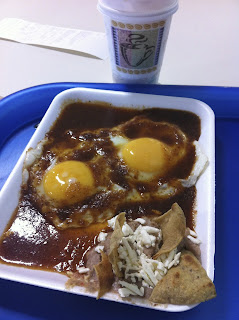 To the left is the joyous treat that awaited me at the airport. Normally, I'd have a coffee and muffin in an airport, but I'm doing that no sugar/fruit/bread/pasta thing as an anti-fungus maneuver.

Did I mention the fare was $60? That's why I went to Toluca. Of course, it doesn't totally work that way once they get done adding in all the "options," like "Do you want your plane to have wings for the entire trip?" The fare probably ended up being about a hundred dollars.

I'd looked up the bus on the other end and learned ADO has a shuttle at :25 past every hour, and the journey is 2.5 hours. The plane was delayed on the runway a half-hour, so when we landed at 12:12, I was reasonably sure I wasn't making the 12:25 shuttle to Palenque. That was going to screw up my plans. I wanted to go to the ruins this afternoon so I'd have tomorrow free for something else, but the ruins close at 5.

The shuttle turns out to wait for the plane, so even though I was first one off and my luggage showed up instantly, and I scampered to the ADO counter, it didn't matter. 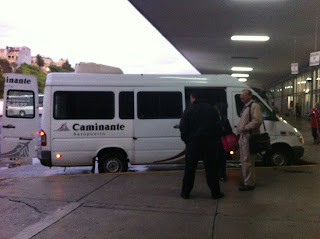 "That way, out there," said the woman behind the counter. She didn't ask for money, just motioned me off. Baffled, I walked around, asked some security guys who pointed me back to the counter, and eventually found an ADO shuttle bus with no driver and no apparent destination. A pair of Catalonians on holiday approached.

"Do you know where this bus goes?"

So we all got on and hoped he was right. The driver eventually boarded and drove us away. I wasn't sure we were going to Palenque until I saw signs saying "Palenque 33 KM." 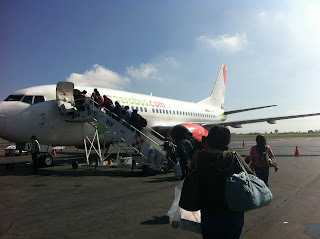 Our driver was a speed demon, so we arrived at 2:20. I checked my bag in the bus station and caught a colectivo (minibus) across the street. It took me straight to the ruins. A freelance guide rode the bus with me. Guides are pretty expensive, something like fifty bucks.

"No, I have no money." That was enough for him. He laughed and wished me a good day.

On, into the ruins then. 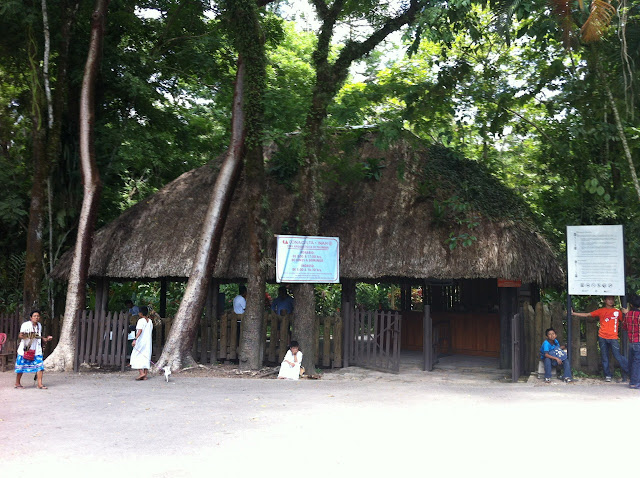