Flea Market in the Heights

Michael Kraiger and I made another attempt to sell off the trade paperbacks we had found in our office storage space last year.

We didn't succeed, but we got a little spending money.

Which is good, because I'm a freelancer and I get paid when the gibbous moon shows up aligned with the top of the tallest building on the park in a rural neighborhood in an English-speaking part of Kuala Lumpur. Or something like that. Something entirely random and not appreciably in sync with when my bills arrive. 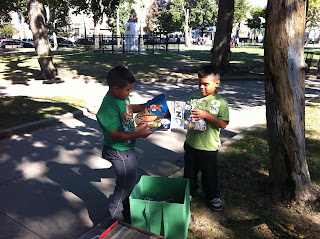 Read more »
Posted by Marie Javins at 8:40 AM No comments:

"My mom makes quilts all the time," Michael Kraiger has said to me several times.

Finally one day I said, "Would your mom make a quilt for me?"

He asked her and she cut me a deal. I make her a bag. She makes me a quilt.

I'm going to have to make an amazing bag, huh? 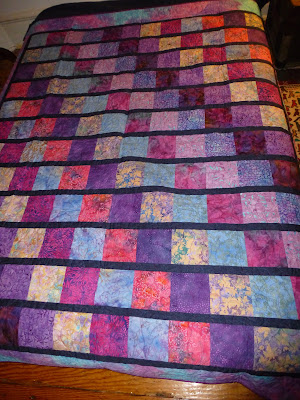 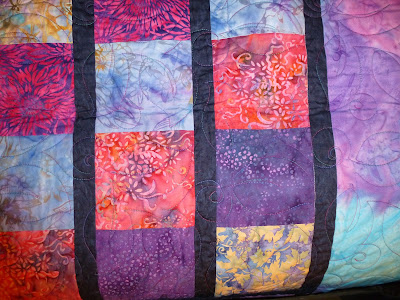 Read more »
Posted by Marie Javins at 8:45 AM No comments:

Right after I got back from Mexico, I saw this strange thing in the park across the street from my house. 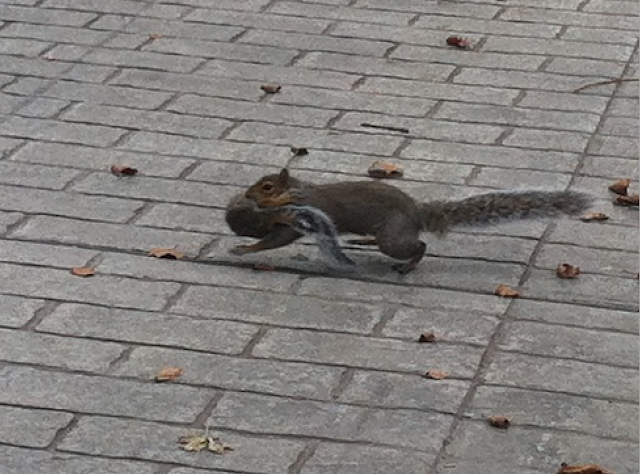 What the hell? It looked like a squirrel eating a squirrel. Or with a very strange mouth.

I watched for a while. This was a Mama Squirrel moving her babies from one next to another. She'd run up the tree on one side of the walk, grab a baby, then run down, across the walk, and up the other tree.

At one point, she glared at me and unleashed a string of obscenities.

A man walked down the walk right as she approached. I stopped him, alarmed.

He probably thought I was a lunatic. 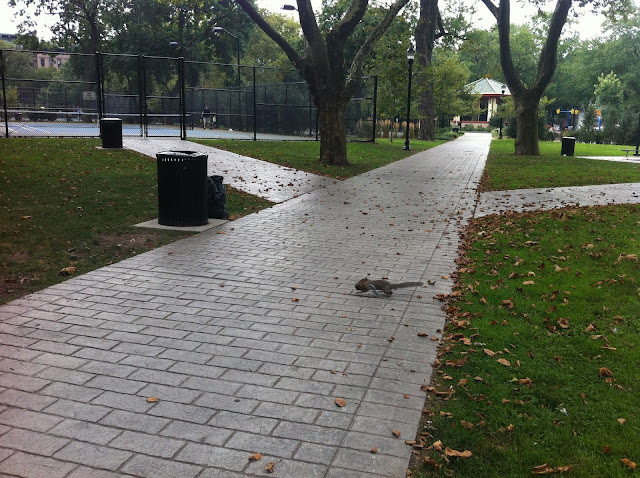 Posted by Marie Javins at 9:06 AM No comments:

Now that I don't have an actual office in Manhattan anymore, I've had to think about setting up my home office in a more useful way. Plus, I've started dragging my old comic book reference material out of the garage.

Today I assembled the bookcase (yes, it was slightly annoying, but what do you expect when it comes in a box?) and set it up. I pulled all the books off the old bookcase and rearranged. 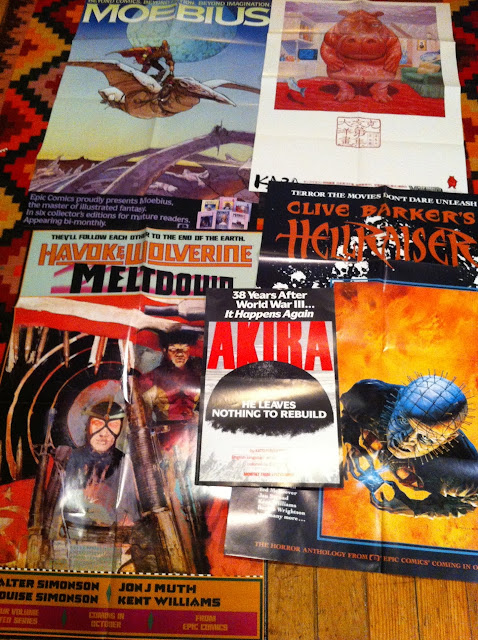 Posted by Marie Javins at 8:06 PM No comments:

I made an Amazon Author page in...2005? No...couldn't be. Could it? But I think I was in my little apartment on Ggaba Road near Kabalagala, outside Kampala, so it must have been.

I promptly did not update it until yesterday.

It's not very exciting, but here it is:

https://www.amazon.com/author/mariejavins.
Posted by Marie Javins at 12:17 PM No comments:

Home Is Where the OHOTMU Is

Before I was completely immersed in the world of Thor, I was solidly buried in Captain America.

I'm editing this prose novel written by my old friend Larry Hama. I've known him since January of 1988 when he'd stop by the Epic intern's desk (mine) to help me do the daily NYTimes crossword puzzle. He wrote a little comic book called Wolverine and another one called G.I. something. Maybe you've heard of one of those.

Larry wrote a highly entertaining, tight, and atmospheric novel last year, and after I read it, I became determined to get him onto one of the Marvel prose novels I've been working on with my colleagues Stuart, Jeff, and Axel. I was a little annoying about it, even, until Stuart agreed to read chapters from Larry's novel.

I can't share a preview with you, so you can't read it yet, but I can tell you this much. Larry asked me a question about SHIELD's gear the other day, and neither of us were able to locate what we needed online or on Marvel's digital archive. So I headed over to my garage to dig out some things I nearly threw away a few years ago, some things I never expected to need again, as recently as a few years ago.

Freelance editing and writing for Marvel isn't a turn I expected at this point in my life. But it fits better than gloves or old shoes. It fits like home. 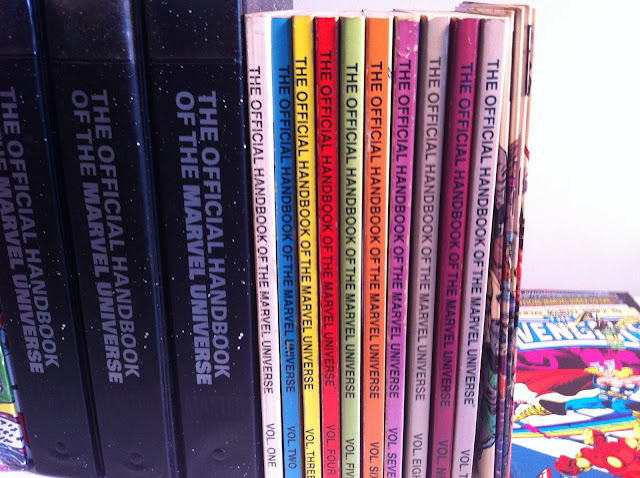 Posted by Marie Javins at 9:23 PM No comments: 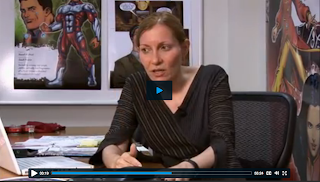 The documentary on the company I worked for from 2006 to this past July is up this week streaming on PBS.

Check it out here.  I'm not sure how long it's up so don't dawdle.

I am not capable of lying on a recording I know will be around long after whatever it is I'm being interviewed about has disappeared. This is what we know about me. The filmmaker worked it in nicely as a way to ground the concept a bit.

Posted by Marie Javins at 12:38 PM No comments: