My friend Amanda is shooting for one of the digital storytelling Fulbright grants being given out this year in conjunction with National Geographic. I halfheartedly intended to apply myself—I have some ideas about my Kuwaiti comics and how illustrated narrative could both reflect and impact cultures—but I really did not get my act together. Not even remotely. I never even finished the idea. Maybe next year. I have years of experience in creating superheroes for other cultures. I don't want to walk away from that.

Amanda took the whole application process seriously. She tracked down experts and sorted out statistics. She's aiming to contrast three maritime communities and how they are affected by climate change.

You can read her description of her proposal here.

I hope she succeeds, but even if she doesn't, I think she's enjoyed the research process.

Posted by Marie Javins at 7:26 PM No comments:

Here's how the umbrella I made at City Quilter came out. It was a lot of fun to make, but this umbrella doesn't exactly fold up and fit in a handbag. I'll never use it.

But that way, I'll never lose it in the back of a taxi. 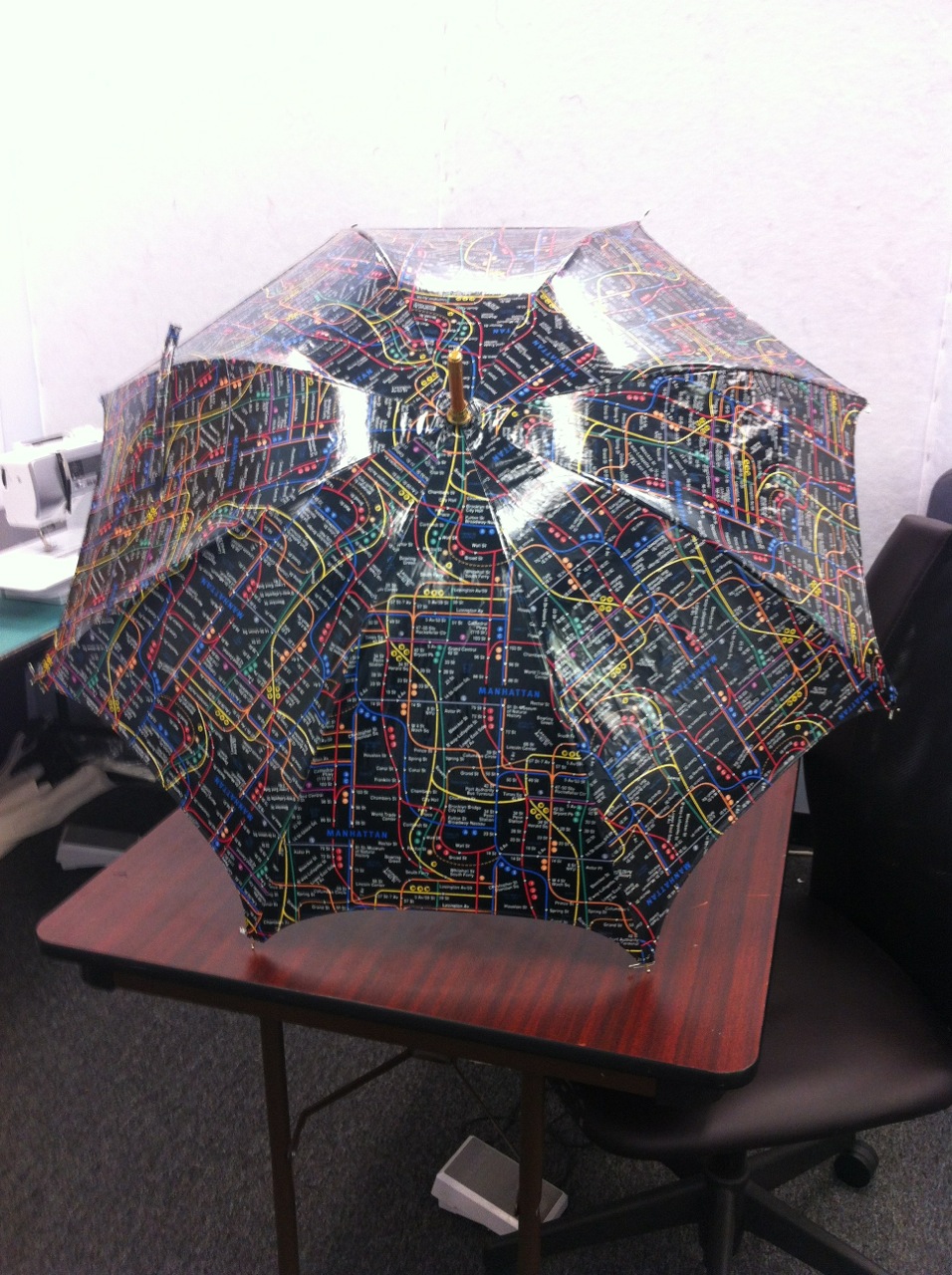 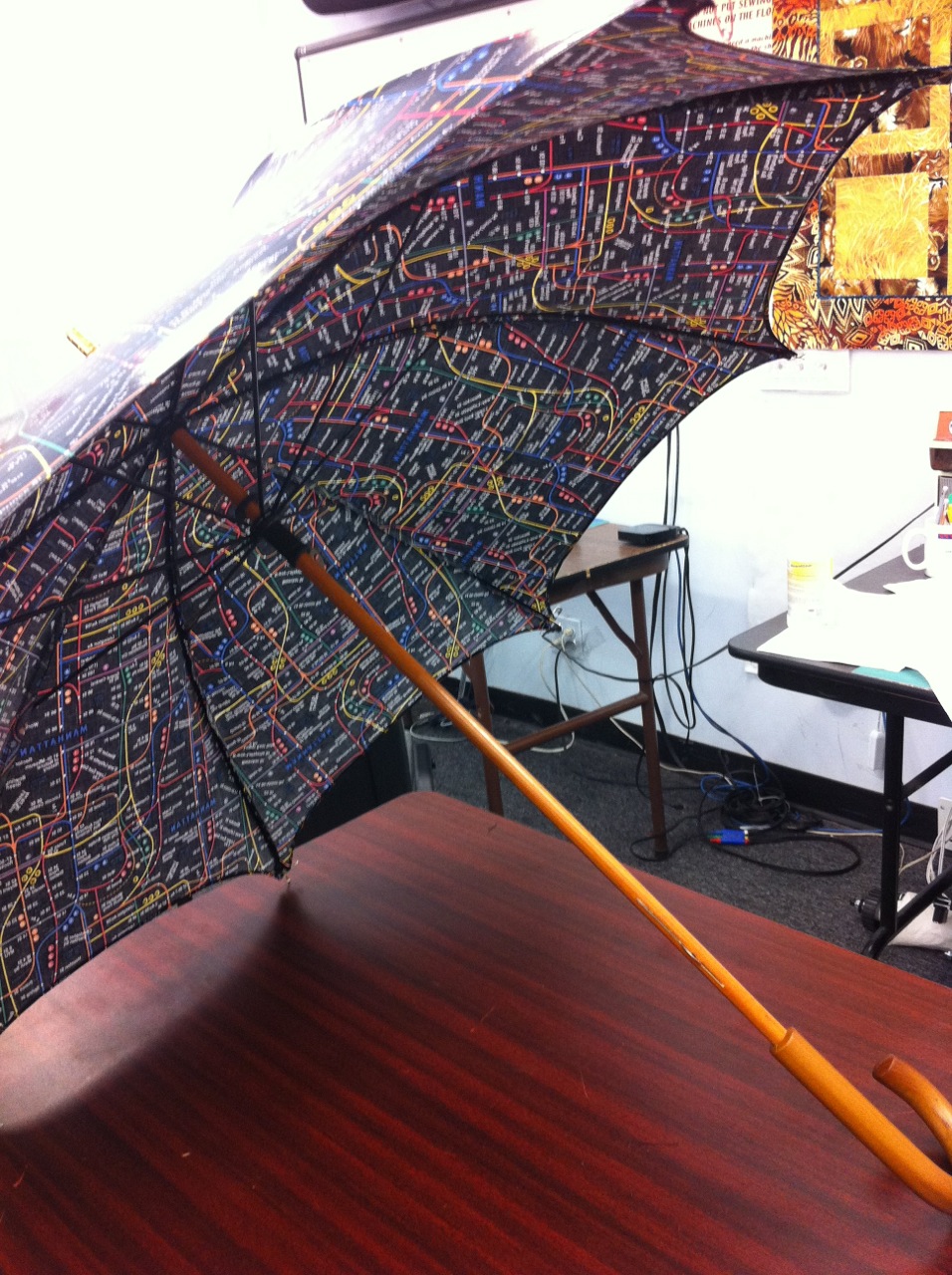 Posted by Marie Javins at 9:21 PM No comments: 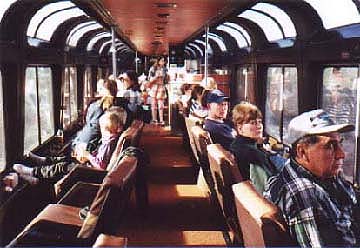 Such a brilliant Twitter scheme. And totally unplanned. No committees met. No experts were consulted. No focus groups full of starving writers pretending to be something else for the fifty bucks were harmed in this advertising campaign. In fact, being a writer for once didn't involve starving. Amtrak sleepers come with three meals a day (but you have to tip).

Did you read about it? The Amtrak Writers Residency that spontaneously came into being? You can follow the story here, or you can read a summary or the original article from the first writer to reside. 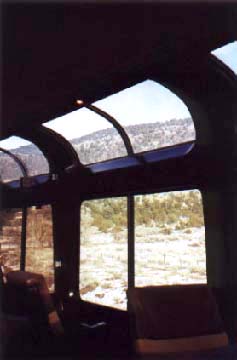 Well, officially. Writers have been writing on trains and ships since they invented trains and ships. Many of us have created entire books out these journeys. How many has Paul Theroux written?

So what's different this time?

It gave me what I think is another great idea. You know how people pay lots of money to get away from it all and be left alone to write? Well, someone should put a bunch of writers on a freighter around the world. The only time you'd get phone or internet is in port, and there would be huge waits in between. You'd be forced to work.*

But freighters aren't cheap and no one has announced any residencies. 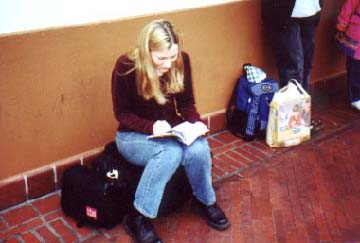 Am I going to apply for the Amtrak Writers Residency? Oh, sure. I love Amtrak's sleeper cars and the Doppler Effect as you pass small towns. But it looks to me like everyone who has ever written so much as a postcard has thrown their hat in the ring, and the social media department at Amtrak has a lot of work ahead of them.

Plus, I'm not sure it's not somehow cheating if you've done it before. But there was no Twitter in January of 2001, so maybe it doesn't count.

*Well, sort of. Having nothing else to do didn't stop me from finding all kinds of exciting ways to procrastinate on my freighter voyages.

Posted by Marie Javins at 10:27 PM No comments: 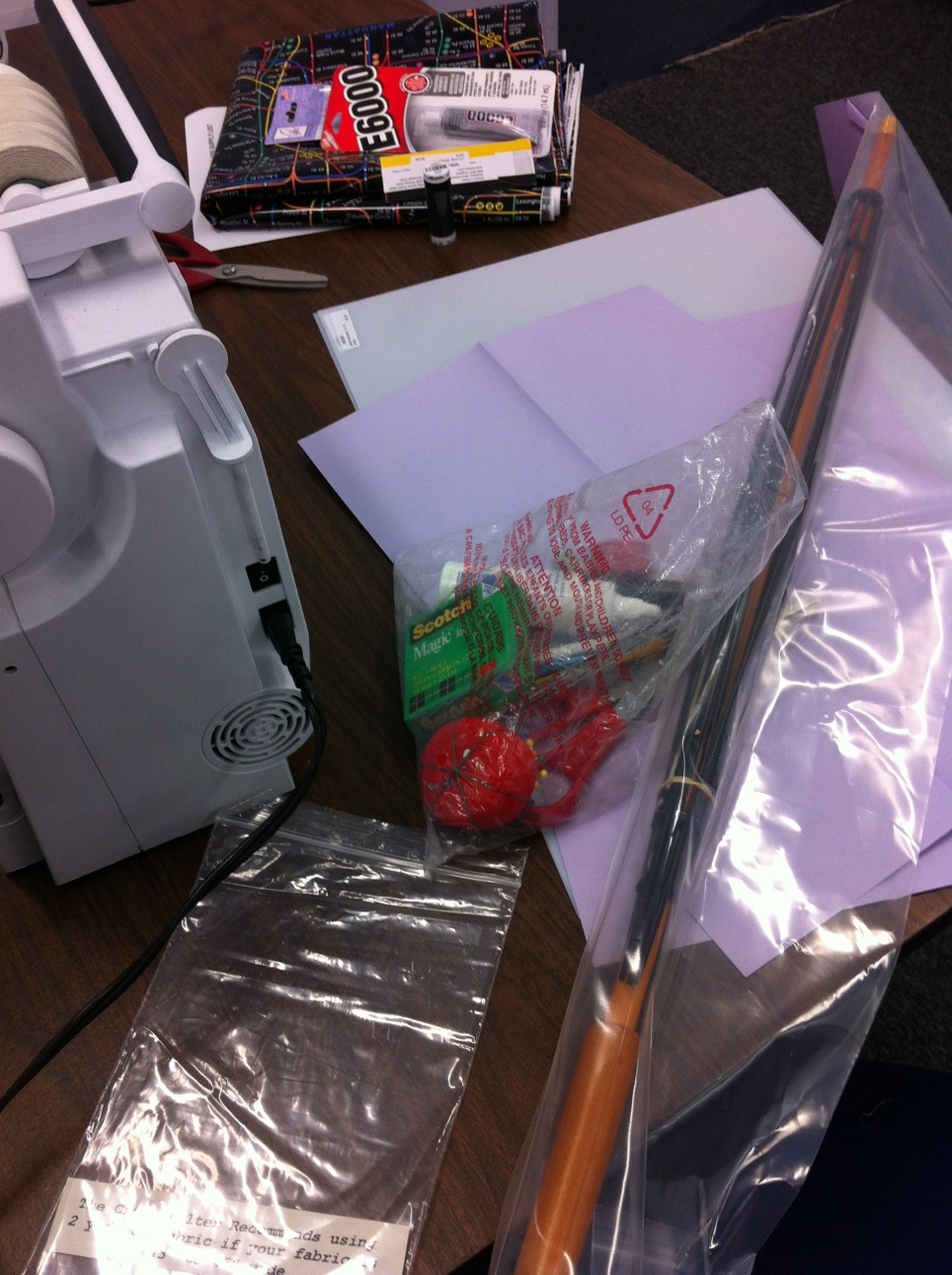 As a little celebratory gift to myself for getting Art of Captain America and Oregon Trail #3 to press, I gave myself the gift of umbrella-making school.


Yes, there is a class in New York on how to make an umbrella.

It is kind of ridiculous, because the class alone costs $70. But then, it is two sessions of three hours each. But then you have to buy all the materials too, including the laminated fabric, pattern, umbrella frame, and assorted thread and bobbins and glue. You even bring your own cutting scissors, tape, and paper-cutting scissors. I spent another $70 just on materials and I haven't even bought the frame yet.

It's by far the most expensive umbrella I've ever purchased, and there's no way I'll carry it around. It's going to be much too large.

But it sure is fun getting out of the house and concentrating on something not on my computer, not involving words, and with a tangible, instant result. 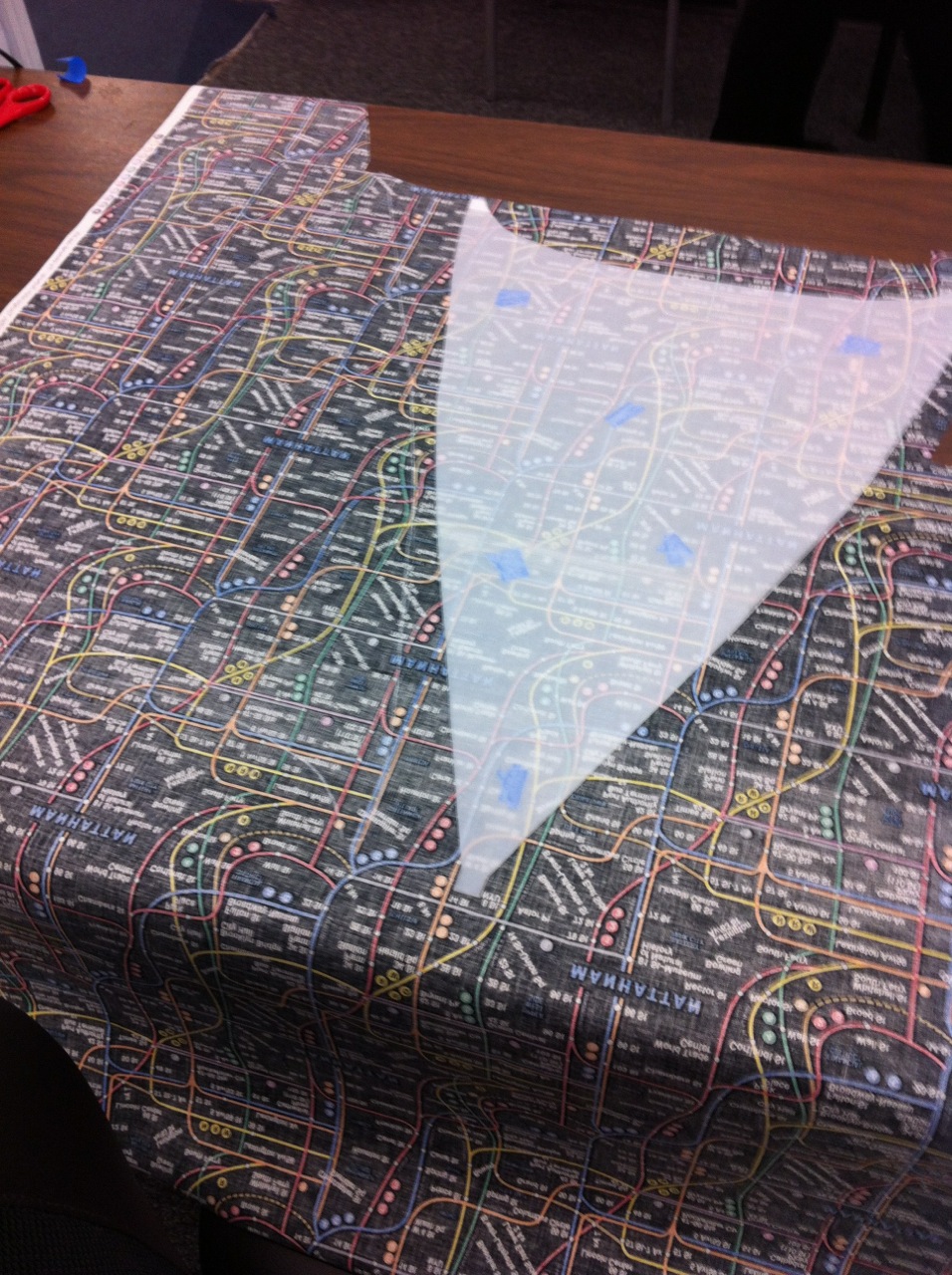 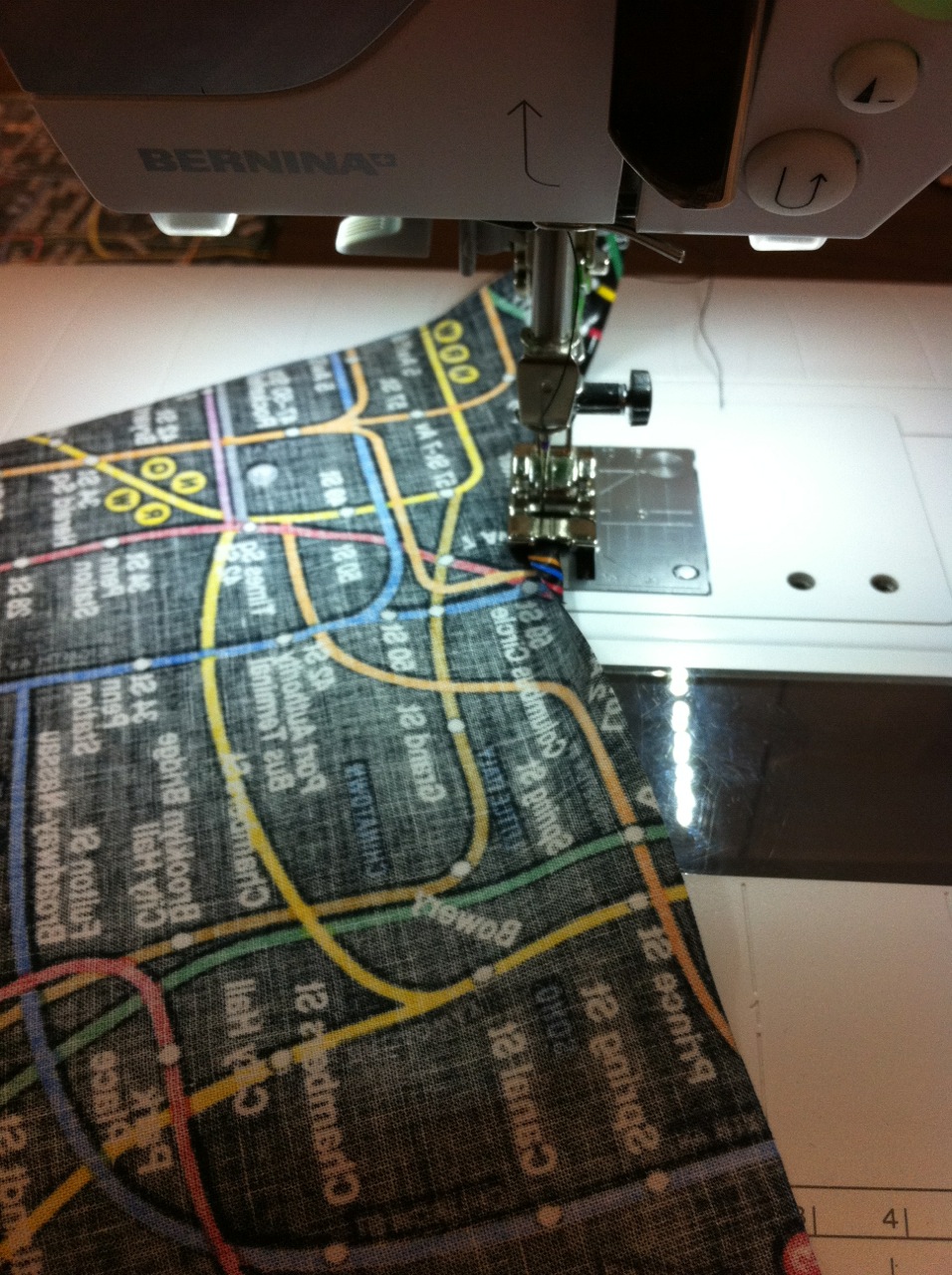 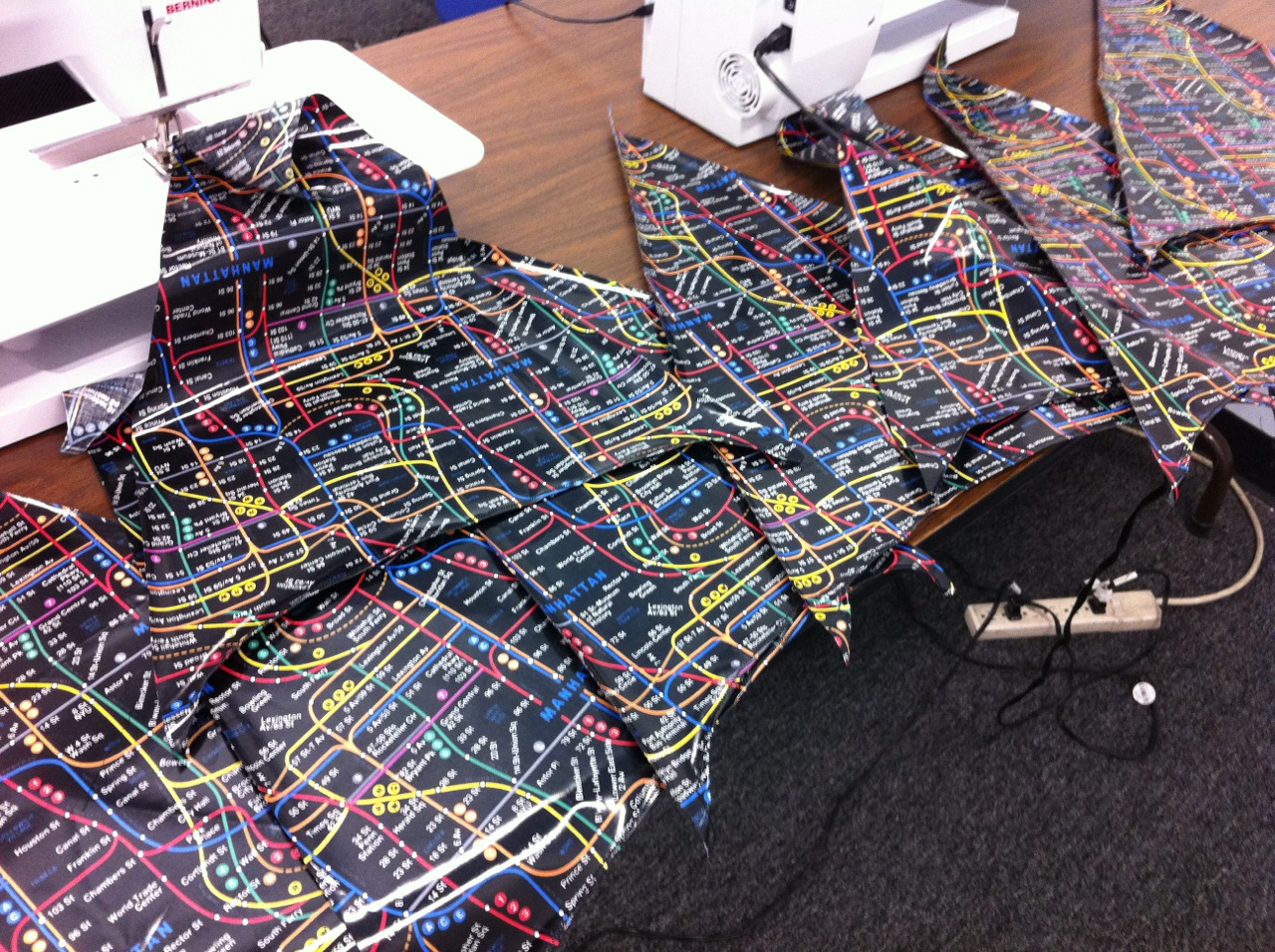 Posted by Marie Javins at 10:49 PM No comments:

Because I like to help people with their disclosure needs, I am posting the results from the soil test involving the leaking oil tank which takes on water at a house I was trying to buy in Jersey City Heights.

I'm nothing if not helpful to people who spent 2,500 of my dollars with no apparent intent of cooperating with seller's liabilities and responsibilities.

Sigh. I was THIS CLOSE to owning a house. And now I'm back at zero.

Just to clarify, a result of 9830 is only a mere 70 away from mandatory state intervention. Damn lucky, wouldn't you say? Not for me, though.

Heights House, We Hardly Knew You

It's been a while. We should catch up. 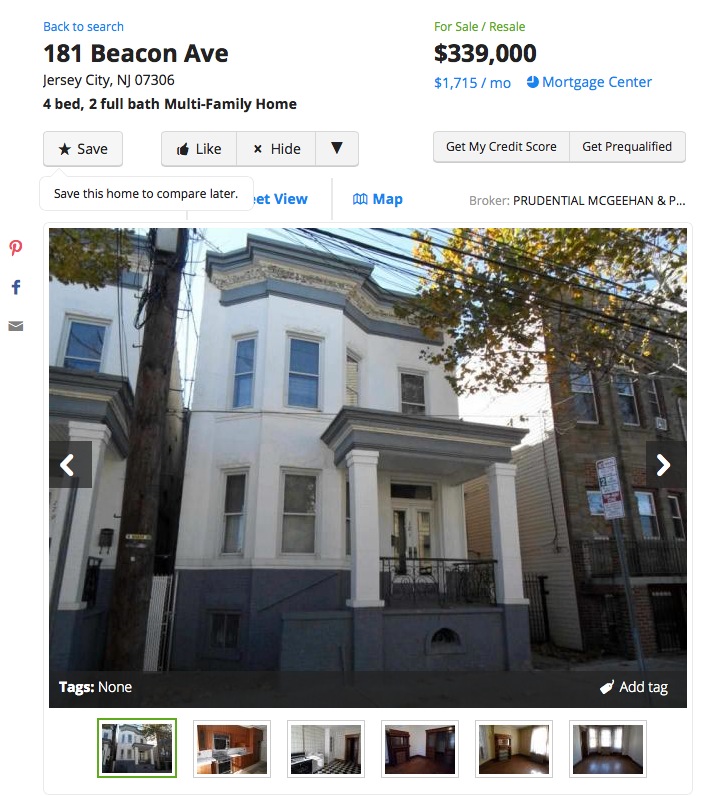 I've been working overtime on two projects. I was looking forward to the crunch of work slowing down right around the time I closed on my house, which I was looking forward to personally renovating, though I would have paid someone to remove the asbestos. And probably to work on the moist chimney and the cracks in the stucco. But I was going to redo the old-lady kitchens and completely over-the-top bathrooms myself.

This house was for sale in Jersey City Heights. Which I was in a legally binding contract to buy until a soil test revealed a seriously leaking oil tank at a PPM threshold a few hundred away from mandatory DEP reporting and remediations threshold in the State of New Jersey. I watched a nice guy from Accurate Tank Inspections pull the soil sample out right in front of me. P.U.! There wasn't any doubt. Either the oil tank was leaking or a hadrosaurus, the state dinosaur of New Jersey, died under the sidewalk.