Several months ago, during one of my trips home (I am dual-coast living right now, working in Burbank and still maintaining an active presence with house renovating, close friends, and man-friend in Jersey City), I dug out some Beta back-ups of my old Daniel Johnston footage from the late 80s and early 90s.

Then, about a month ago, I had a facility down Vine preserve lossless digital copies of the takes.

Was this the best way, I wondered? Or would it be just as easy to use the DV copies I'd made already, but had no idea where in my storage unit they were? Or would it make more sense to use the VHS originals? But then...they had continued to degrade since I'd converted them to Betacam in the mid-nineties.

In the end, the Beta back-ups worked out way cleaner than the last time I'd looked at the VHS tapes. I winced as I paid a small fortune to digitize material I'd previously digitized but couldn't find, but unless I flew home and dug through my storage unit, this was unavoidable on the timeline in question. Other offers to pay were nice, but I need a clean copyright to my own footage.

What didn't work out so well was my memory. I nearly missed the screening! It's tomorrow night, but I essentially have almost no concept of day or time or even year, because I like to inhabit my own little bubble of reality. Fortunately, FB reminded me, so I'll be attending this tomorrow night. I forgot to RSVP, so I might have to show an ID and point to the program description, but this should be entertainingly odd for a Sunday night. 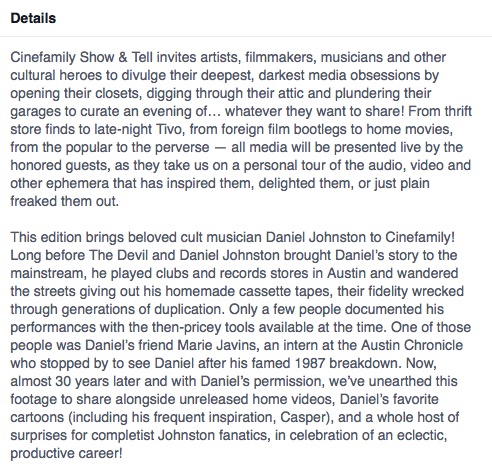 A Walk Around the Neighborhood

This morning, I stumbled over this great look at my neighborhood back home in JC. I was delighted to see my house in the first photo.

I'm more and more convinced that buying this house was a good move. The area is really pleasant and not overrun by wealthy speculators (yet, at least). 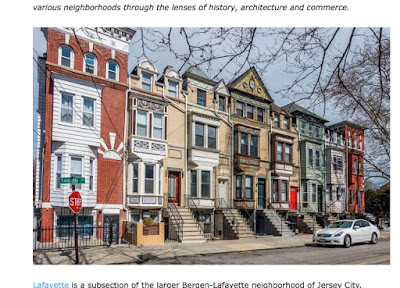 I'm the one who is female and not Amanda. 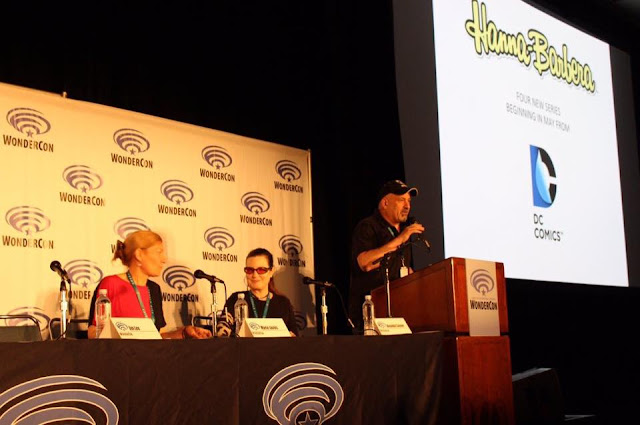 Posted by Marie Javins at 10:59 AM No comments: