You know how you get those middle of the night missed calls, and you hope it's a bar-butt-call, but it never is?

I had one of those recently, and the morning "Call me immediately" sealed the deal. Something awful had happened. And I was on a plane to Oakland, having gotten the news while on the runway on a cheap-o airline without in-flight wifi.

As the plane ascended into the sky, I started thumb-typing on my phone, jotting down some memories of artist Steve Dillon. None of them worked quite right, but they all had bits and pieces of things I wanted to say.

Back in June of 1991, a few years before Vertigo launched, I was at over at the competition, finding my way past my Akira and Moebius reprints, looking for a way to distinguish my comics.

I found one when Carl Potts returned from UKCAC. He'd met an artist there, Steve Dillon, and we had a limited series needing a team. Maybe I'd like to try him out.

The series was called Car Warriors--it was based on a game. You probably don't remember it. But I remember it, because it came out pretty well in spite of its questionable source material.

Steve enlisted a friend to do finishes, Phil Winslade. Phil sent me samples by a British writer he knew, one Warren Ellis, and my comics stable, and possibly the entire medium, took a screeching turn at that moment. 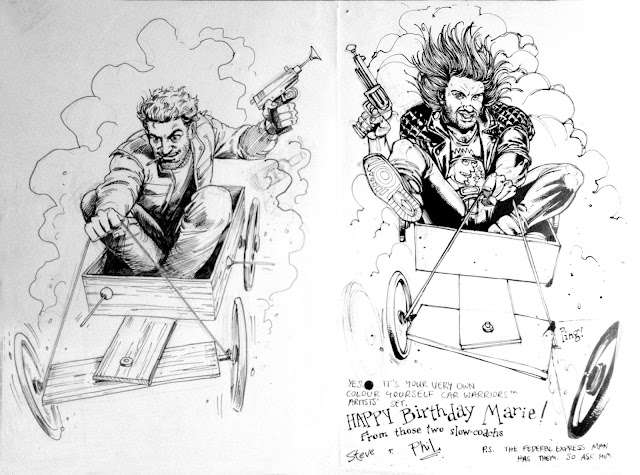 One night, after midnight in the early 2000s, I flew into Newark from San Diego Comic-Con, got my car from the long-term lot, and drove to my apartment in Jersey City, only to find my key didn't work. I'd made a copy in San Diego and given the original to John McCrea who'd been planning to arrive there before I did, and the copy just didn't work. John was nowhere to be found. 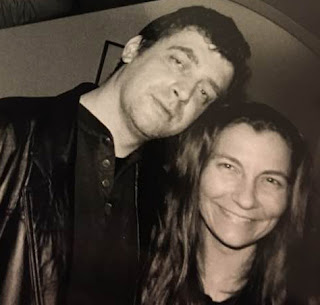 I got back in my car and drove straight to Openers. Or Johnny Fox's, whatever it was at the time. I figured McCrea would be there along with my key.

He wasn't, but Steve Dillon was. He was a little surprised to see me--I don't even drink--but he welcomed me and we chatted for an hour. It was so fun to talk to Steve--he was so easygoing, friendly, open. He was in his element, planted at the bar, never a table, never making the social rounds. Steve didn't feel the need to circulate and make small talk. Wherever he went, he emanated a kind of habitat, radiating out a comfort zone. "This is Dillon-land. Stop by for a visit."

I forgot about my key and we just chatted about this and that for a hour, until finally, I called and woke up Yancey, who had my emergency spare, and got home around three.

I don't get home that late anymore--that's probably the last time I was out truly late. I'd think fondly back on that night for years, any time I went into a bar and didn't know anyone.

The phone on my desk rang three weeks ago, the display showing a UK number. So few people use the phone, and even fewer call me from the UK, so I was surprised.

Years ago--before email, before texting, before Skype, heck, before Marvelution brought the industry to the edge of ruin--my desk phone rang all the time from country code 44. 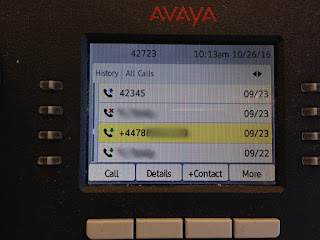 This was before Preacher, before Vertigo, before the British Invasion of US comics was fully in force. Steve Dillon was penciling a comic for me, one called Car Warriors, based on a game. He'd enlisted a guy he knew, Phil Winslade, to do finishes. Phil in turn sent me samples by a writer he knew, one Warren Ellis. I got a lot of +44 calls back then.

When I picked up my phone three weeks ago, the caller said "Hey, it's Steve." I stuttered a bit and said "Sorry I'm so shocked. It's just...no one calls anymore."

Steve laughed--he was generous with his laughs. We chatted a bit, and he told me when he was drawing the last Sixpack and Dogwelder cover. He'd created Dogwelder, I bet late one night in a bar with Garth.

That was my last call from Steve. I'll miss him.

Posted by Marie Javins at 3:07 PM No comments: 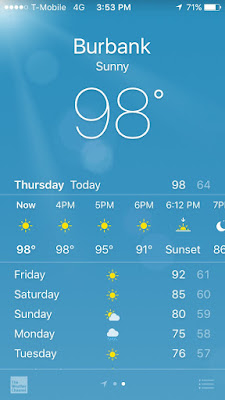 Posted by Marie Javins at 10:05 AM No comments:

On the Way Home

One of the many benefits of living in Hollywood is stopping to see music on the way home from work. This was a good one. 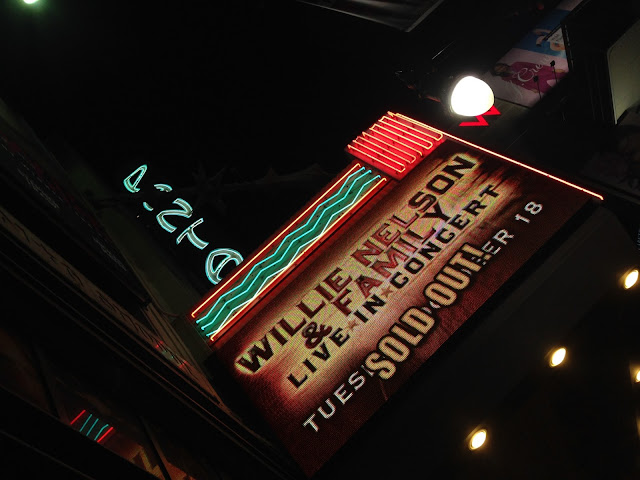 Posted by Marie Javins at 10:50 PM No comments:

A Trip to Fresh Kills 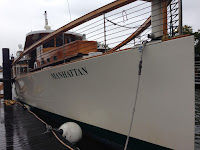 BBF and I took a little Sunday trip when I was in New York for the annual comic book convention. I'd bought us a field trip for his birthday, the sort of thing I do all the time, but the sort of thing he mostly does when I make him come along with me.

I'd bought us two tickets on a boat trip to the former Fresh Kills Landfill, now underway to becoming a park. 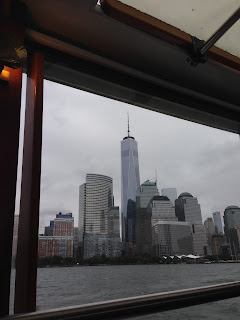 Unfortunately, the afternoon was overcast and rainy, which put a real, uh, damper on things. One of the lecturers on the yacht was someone I'd met once, but she didn't remember me, so I didn't say anything. We left from Chelsea Piers--I can't visit that place without remembering my 30th birthday party on the Lightship Frying Pan when she was anchored there. I remember reasoning with myself that I should have a big party on the scale of a wedding, since I'd never have one of those. I wasn't wrong, it turns out. Even 20 years ago, I knew me pretty well.

We motored out past home—hi, Jersey City!—and into the harbor, under the Bayonne Bridge and past Elizabeth, past the Goethals Bridge, and finally to Fresh Kills.

The best part was the quick look we got at the ship graveyard off Staten Island.

The trip was a bit of a letdown due to the gray sky and the constant chattering by the lecturers, but the experience wasn't one I've ever had before, and BBF enjoyed it, so it was worth skipping an afternoon of comic-book-dom to check this out. 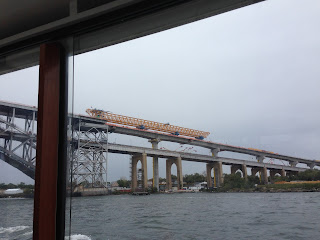 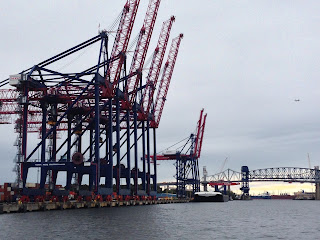 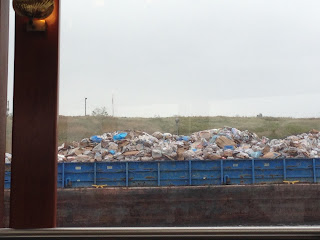 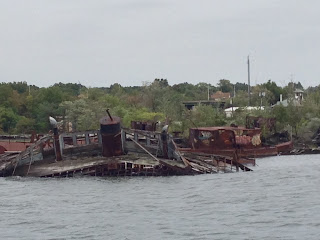 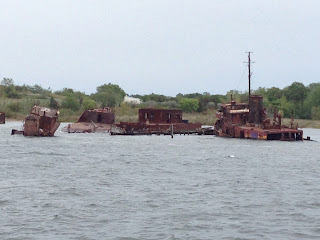 Posted by Marie Javins at 10:14 PM No comments:

I had to run home from the comic book convention on Friday afternoon to meet a plumber.

I caught the train down to Fulton Center and then walked through this thing to get to the PATH train. 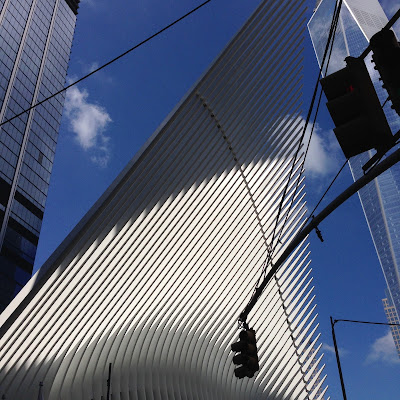 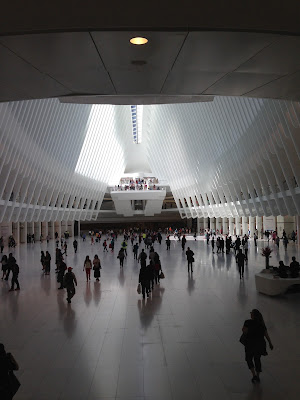 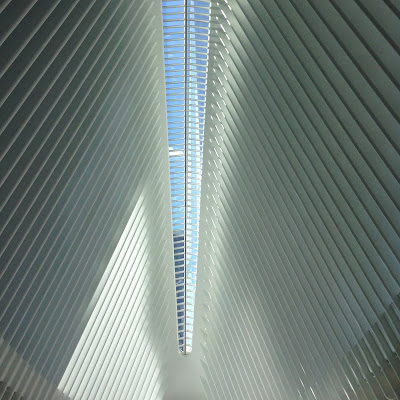 Posted by Marie Javins at 1:57 PM No comments: