Ask Me How I Know

Here's what 22 boxes of solid bamboo flooring looks like. 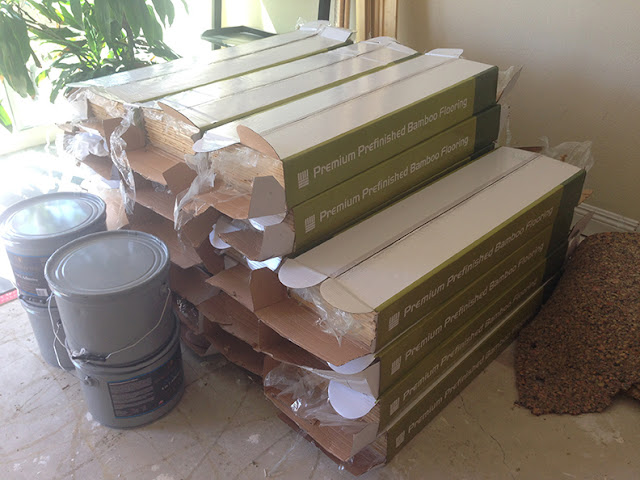 Posted by Marie Javins at 11:18 AM No comments:

How Not to Buy a Ceiling Fan 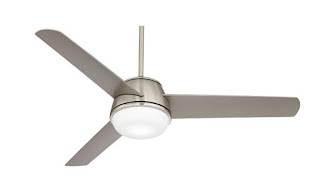 3) Friday: make an appointment with an electrician to run the ceiling fan wiring on Wednesday morning. Realize you need a ceiling fan in a hurry. Dig around when you should be working, keep having to work instead, finally give up and decide to do it at home later.

4) Spend about half an hour looking online after getting home from buying a pendant ceiling light from IKEA. (Because I know how to party on Friday nights.)

5) Wake up Saturday morning and realize now that the floors will be bamboo, it would be nice to have bamboo ceiling fan blades. Quickly learn few of these exist, and after deciding it might be worth it to buy an expensive ceiling fan with bamboo blades, learn there is no way to have it by Wednesday morning.

6) Finally leave apartment when the agent trying to rent the place keeps bugging me to get in. Catch the La Brea bus to Lighting Expo. Be disappointed by the selection.

7) Stop at Orchard Hardware. Be disappointed by their selection.

8) Catch the next La Brea bus down to Pico. Walk to Lowe's. Decide maybe some of the Lowe's ceiling fans would be okay. Buy some WD-40 for the stiff mailbox lock.

9) Catch the La Brea bus to another disappointing light store. This one has a no photos policy, probably because they don't want word to get out their ceiling fan selection blows.

11) Walk to Lamps Plus. See one you like--it's not in stock. But wait, there's one at the North Hollywood Lamps Plus, where you were last week!

12) Catch the La Brea bus to Sunset. Catch the Sunset bus to Home Depot. Nix all their ceiling fans.

15) Use some of the 17% left on your phone to get a Lyft to North Hollywood Lamps Plus.

16) Pick a ceiling fan that is not the one from La Brea, but is a completely different one, which is quite simple and you could have bought 40 times already.

18) Carry the ceiling fan from the Lyft to your condo, and then look at your phone, and learn from the 10% that if you leave RIGHT NOW, you can get the 155 bus to the Red Line. 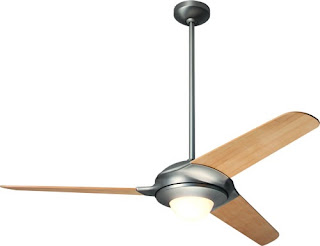 20) Catch the Red Line back over the mountain to Hollywood. Stop by Trader Joe's on the way home and glance at your phone--made it with 5% to go.

21) Later, wonder if maybe you should've just delayed the electrician and ordered the ceiling fan you wanted. It matches the new bamboo flooring you're getting delivered on Tuesday. Convinced yourself this is the right approach, and plan to return the one your purchased. Look up the one you wanted, click on options. Realize it's $500.

Maybe this was the right way to buy a ceiling fan after all.
Posted by Marie Javins at 7:00 PM No comments: 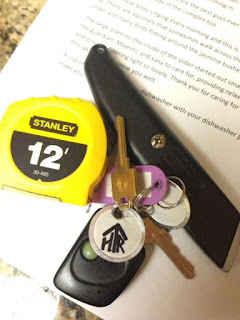 Tonight, I went by the hotel around the corner from my new condo and picked up the keys.

From the bartender. Also the seller's real estate agent.

Of course. And of course the co-publisher knows him. Why not?

The seller was there at the bar, talking with her neighbors and her brother. She hugged me and asked me to take care of her plant.

"This is my brother. He found the condo nine years ago, when they first went on sale. I got first choice. I said, do I want a condo over an alley? He said...yeah, but it's a Burbank alley."

Everyone laughed. Burbank is so tame compared to its big sibling to the south.

The seller's got ten years on me, so she'd decided to buy a Winnebago and leave her job. She's off to a park in Alaska where she'll be a campground host for the summer, then who knows.

I know a bit about that sort of life, and it seems both like a distant memory and like something scary and strange. It's funny how I can switch from wandering the back roads of Cameroon and Borneo to trudging to work every day without too much angst.

Posted by Marie Javins at 8:29 PM No comments: 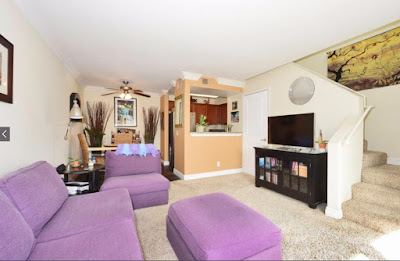 I'm sorry I've been neglecting you, but I have news.

I'm in contract to buy a condo in Burbank. I wish I could buy a 1920s vintage place in Hollywood, but those are rentals, not condos, so I was left with choosing between a DTLA loft (bad commute), a tiny bungalow out in Sunland (too far from non-work stuff), and a lot of beige apartments with low ceilings, vertical blinds, and stucco. I chose the best of those on offer and somehow, my ability to pass as a normal human got me past the gatekeepers.

It's too expensive and I will need to pull up carpeting and get a floor installed. I kind of wish I'd held out for a value place by the metro. I'm trying to convince BBF to come out and change all the light fixtures and replace all the hanging things on walls with new hanging things. I'm going to have to pull up the tile and replace it in the half bath.

But this really seems to be happening. And I'll be able to walk to work.

I may be getting carried away with my dedication to my job.
Posted by Marie Javins at 9:26 AM No comments: