What's He Need With A Car, Anyway?

I was back in JC over last weekend and the 4th. I rented a car for a few days, and when I got off the bus up on Communipaw outside Enterprise, I noticed a new place across the street.

Gonna be a long wait, then, if you're trying to get your car fixed. 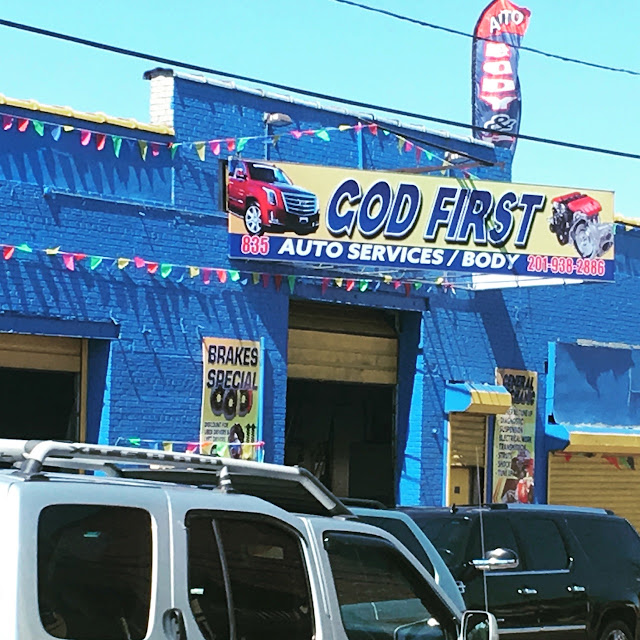 Yesterday, I returned from my second ukulele class at LACC to this weird noise coming from my refrigerator.


I was less than thrilled. I went onto the HOA message board to search for appliance repair recommendations.

And there I found this. The person I bought my condo from looking for a refrigerator repair person. OH SWELL, I have a recurring problem.

At least the Maytag was polite enough to wait until I was a year in.

The appliance place wasn't open until Monday, so I just ignored the buzzing refrigerator and went about my business. But it got louder and louder, until eventually, at five on Sunday morning, I got up to fix it. Because I couldn't sleep with that racket. 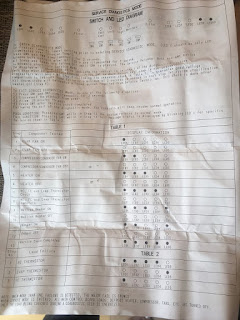 I know exactly one trick with refrigerators, which is to turn it off and let the ice melt. But I couldn't do that without my food spoiling, so I turned to the Internet for help.

I ended up dragging it away from the wall, taking off the back with my little IKEA tools (my real tools are in JC), cleaning out the drip valve, and putting it back together. I found the diagnostic paperwork crammed into the back, so I used that to run tests via the control panel. Yep, it's a fan. But that only helps me if I'm willing to take apart the freezer compartment and buy a part, which seems to me where my handiness ends unless I drag all my food to the freezer in my office kitchen. I'd prefer a pro do that part, in a hurry.

But I could get rid of the ice. So I used my hairdryer and got rid of all the ice. The buzzing stopped immediately.

It'll be back in a few days, I imagine, but by then, I'll have an appointment with the appliance place.

Here I was last Saturday morning, getting ready for my LA river hike and later, my first ukulele lesson.

Ha. I was nervous, okay? It all went fine. 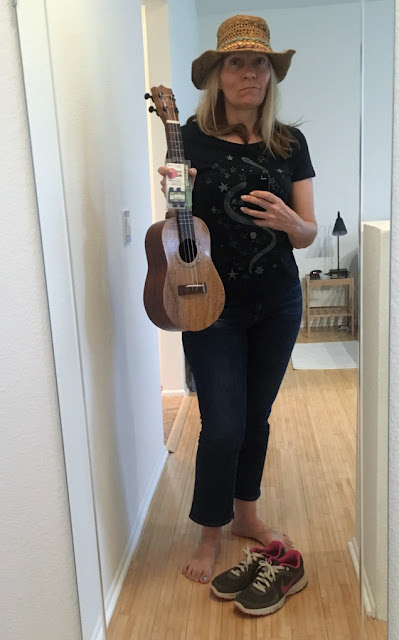 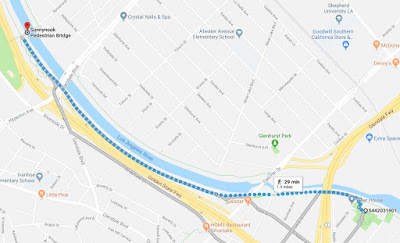 This morning, I went on an Atlas Obscura-sponsored hike alongside the Glendale Narrows section of the Los Angeles River.

The day was overcast—lucky for us hikers given it's June. I wore a hat and sunscreen anyway.

We met at Marsh Park in Frogtown, which is a double-camel-hump-shaped sliver of LA sandwiched between the 5 freeway and the river. From there, we followed the pedestrian and bicycle path alongside the river, checking out the weeds that spring out of this section of the river along the way. 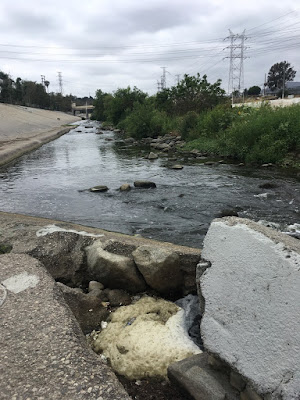 The LA River inhabits that concrete ravine you've seen in so many movies—I first remember becoming aware of it when I saw the movie Grease in 1978. Most people think of it as a visual blight, a gaping wound across the city, a hybrid of stark brutalism mixed with natural curves that creates a practical and decidedly unattractive aesthetic. This is technology at its ugliest. Nature was controlled through any means necessary without a single thought to visual appeal or harmony.

And yet, like the industrial wastelands along the New Jersey Turnpike spur lining the road from Newark Airport to Manhattan, there is true beauty in the brazen human assault on the natural world. The contrast of a perfect spring day, the herons, the cyclists, the dogs scampering along on leashes alongside this pervasive sun-drenched trench. How can anything be simultaneously rigid and meandering? Who thought a fifty-mile concrete trench was a good idea?

The Army Corps of Engineers, that's who. And it works, because the purpose is to wrestle the river into submission, controlling flooding and crushing nature without humility.

The Glendale Narrows is one section of the river with a soft bottom, without concrete underneath, so weeds grow here, springing from the mud to be constantly beaten back, a never-ending tussle between human and nature. I'm still wrestling with my thoughts on the Los Angles aesthetic. It's not an attractive place, despite glowing descriptions of palm trees and sunny days. That description is symptomatic of the cluelessness of the luxury-class, a superficiality enjoyed by the wealthy of the stunning Hollywood Hills or Beverly Hills or even Santa Monica. The Los Angeles of the working class is gritty and utilitarian, an uneasy alliance between the industrial, the crass commercialism of storefronts and parking structures, and the elevated or subterranean cuts of freeways. Eventually you start to notice the endless possibilities for public art among the shocking wasteland of carwashes and squat shopping plazas, the small pockets of nature pushing back against the relentless destruction of humanity. And so we find the river. Pockets of greenery. Herons. Fish. Egrets. And supposedly, there are activists who buy exotic ducks in Chinatown, releasing them into the river habitat. 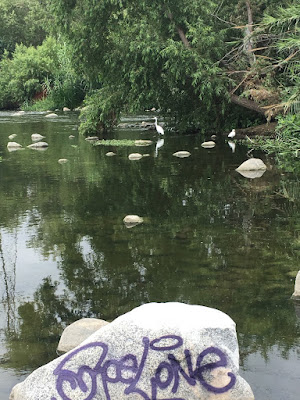 The environmentalists led us along the river bike path, then we climbed through the barriers and carefully walked down the concrete slope to the water. We walked a mile and a half from Marsh Park to Sunnynook Pedestrian Bridge, which I had no idea existed until the moment it came into view ahead of us. We crossed over, hiked back, and ended up at our starting point at noon.

The hike was pretty amazing. I had no idea so many natural nooks and crannies sprang out of the riverbed. I have seen people's tents along the river and so had made assumptions I'm not terribly proud of. But the river itself is a tiny pocket of natural chaos pushing through the limitations of human construction. The river always wins, in the end. It's merely a question of when.

My friend Denise created these earrings for me...pretty fantastic, aren't they? 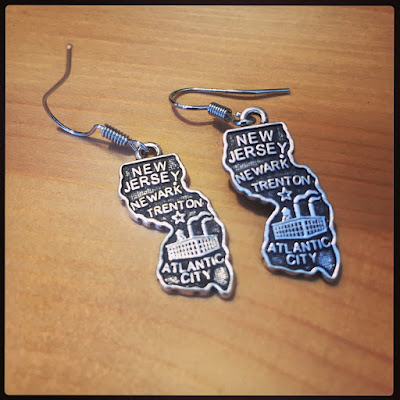 As part of my ongoing quest to furnish my Burbank condo in a way that balances the midcentury aesthetic of Burbank with the Marie-aesthetic of handmade international quirkiness, I headed down to Orange, CA, over the weekend.

There's an old town there, and while "old" here is something entirely different from New York and vastly different from "old" in Europe or China, it was certainly older than the area surrounding it.

I caught the Metrolink train from Burbank to Union Station, changed to a different Metrolink train, and headed to Orange. I visited just about every shop and a flea market.

I didn't find anything. All I bought was a juice. But I enjoyed the browsing, and was back home by late afternoon. 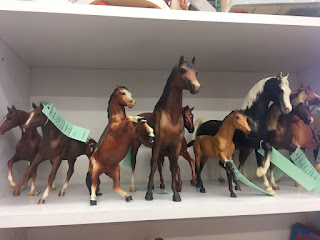 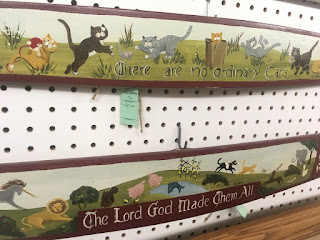 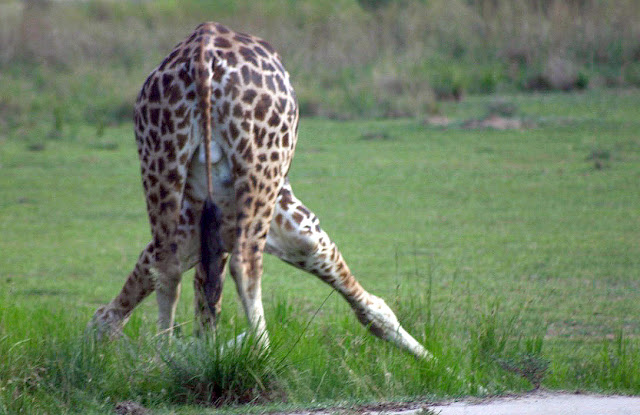 I'm tempted. I'm not sure this would make sense as I'd have to miss one of the classes and it's clear across town and I never leave work on time, but yeah, tempted. 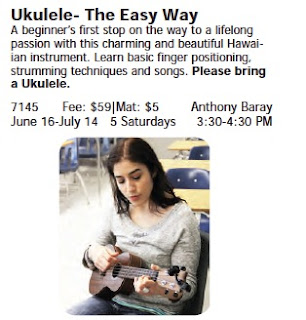 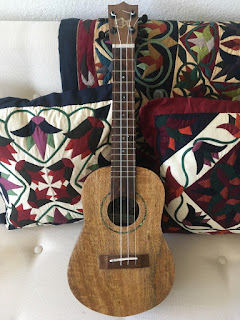 That's camouflage for the Chocolate Shop behind it. You'd never know it's there. Most people don't. 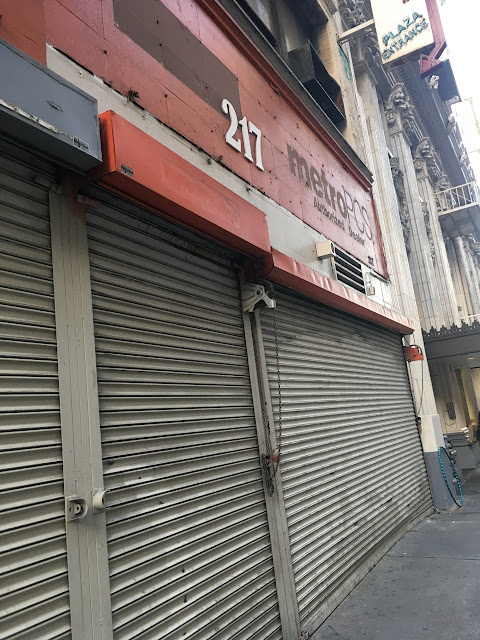 See that enormous building in the middle of this photo? 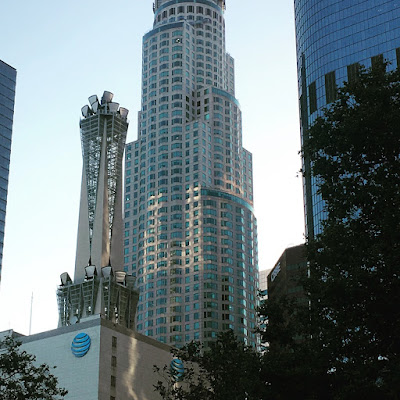 That's the building with the transparent slide up on the 70th floor. 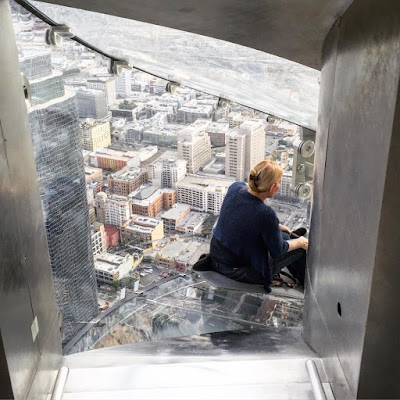 It sounds scarier than it actually is—the slide is only one story, so it's over before you realize it's begun. Tracy and I went on the slide in December when she was in town for work. We were terrified. Who wouldn't be? But also a bit disappointed. Slide, boom, it's over. No seconds. 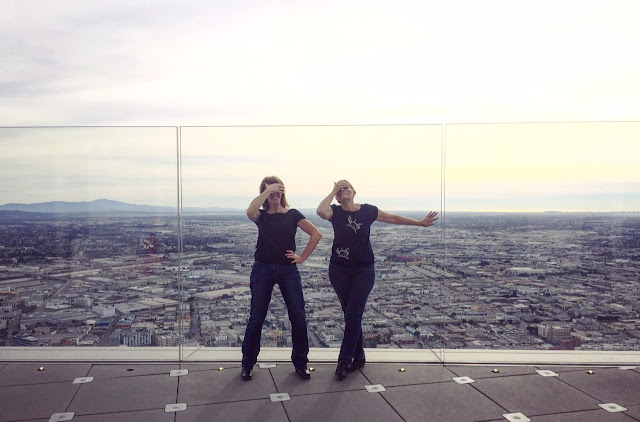