But Did You Sell Any?

I was a guest bookseller at WORD Jersey City for Indies First Day.

I wore the goofy hat cuz I'm a professional*. 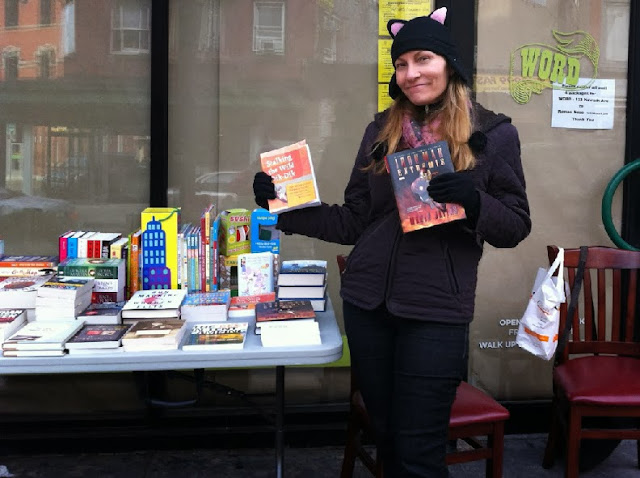 *Do not try this at home.
Posted by Marie Javins at 3:33 PM No comments:

I went to take a look at my old website for my last condo yesterday, thinking I'd see the before and after.

Boy, did I. I'd forgotten how much my friends and I did to that place. The photos on the left were from the day I closed. We tore up the carpet about five minutes later.

The third one is one I took off the site of the real estate agent who just managed to sell it, so it's got the weird wide-angle lens trying to make the narrow railroad look larger. The place had been on sale for months and months. I thought it might need winter to sell it—the next-door neighbors like to hang out in the yard and make a lot of noise. And the arrival of winter seems to have helped a lot. 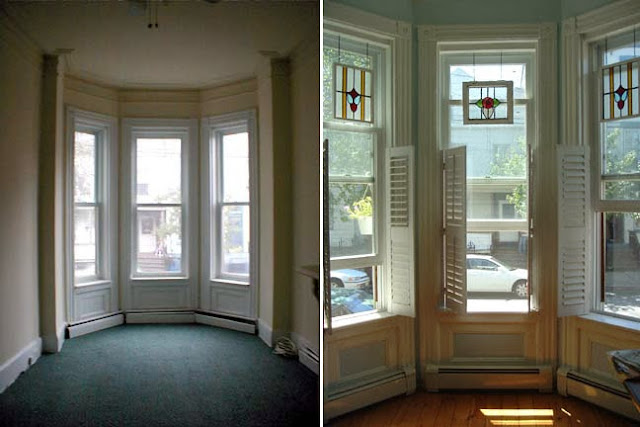 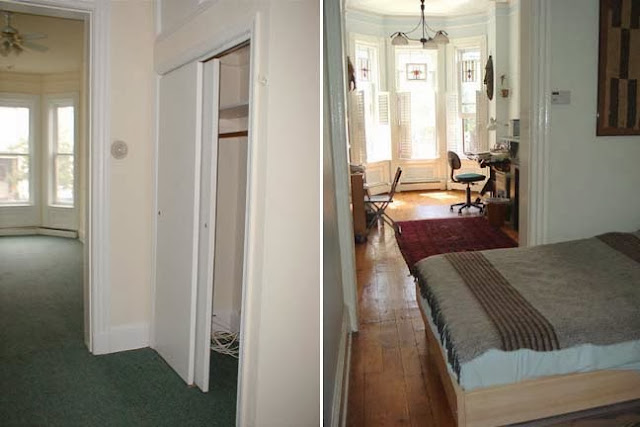 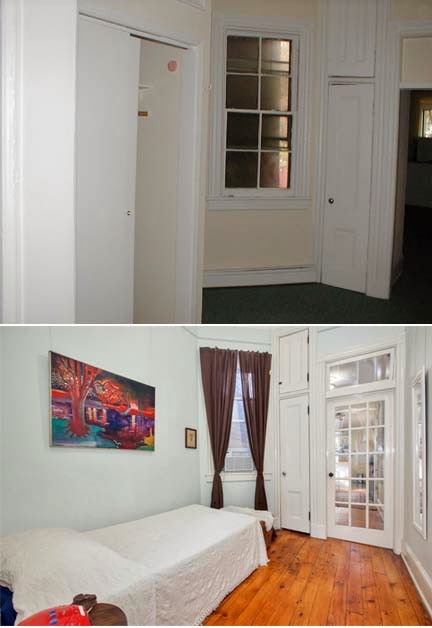 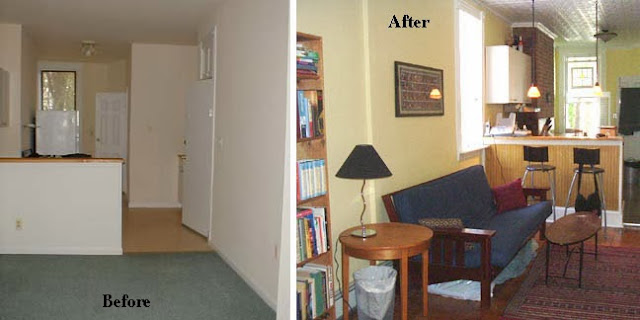 Posted by Marie Javins at 7:08 PM No comments: 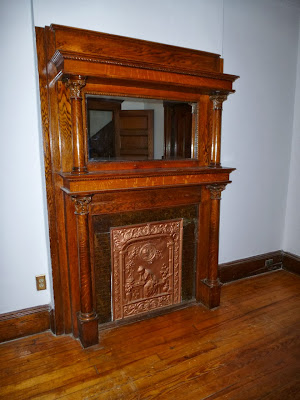 To no one else's surprise but completely to my own, I appear to be in contract to buy a house.

If you've been here a while, you know I've been looking for the right spot for years. I've found it a few times, but for one reason or another, either didn't bid or didn't get it.

I scrolled past the house I am buying for a couple of days before I realized it wasn't in an inconvenient area, but was only half a mile from the Journal Square PATH station.

Which is currently getting some big new high rises and development where the Tube Bar used to be.

I was aiming for the area by Liberty State Park, which I am sure is the next hot spot. You can get big lofts over there. But you have to take a bus or the trolley to the train. I really wanted a cute tin-row house there, but ultimately blanched at the cost. It was $320,000 and needed a lot of work inside, and much of the original detail was missing. I looked at its twin down the block, and that had been horrifyingly modernized. But it was cheap.

There are $75k-$195k houses up on Astor near there, incredible houses. Again, not on the train.

Ultimately, I don't know what the train is worth. But the house I offered on is close enough to the train and the area JC is developing that it seemed worth paying a bit more.

Too bad it's on a hideously ugly block. But the insides are amazing. And it's a legal two-family, so there are two apartments. 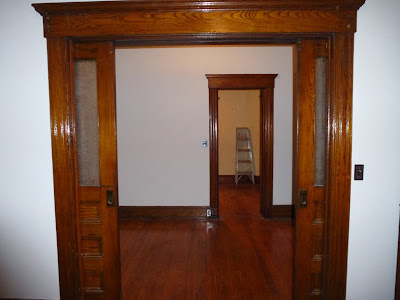 The house was owned by a Ukranian carpenter at a pencil factory. He and his wife and two kids, including Stella, came over in 1934, via Buffalo. Another kid came along too. The carpenter appeared to have been the one working on the house as the kitchen appliances haven't been touched since the seventies, and still have the manuals in them. I was looking all this up the night before I bid, and I was a little spooked when I realized the reason they are selling the house now, because Stella died, is Stella died on my birthday.

There was a bidding war. I didn't bid highest, but I bid my max and sensibly. And that appears to have worked.

But in any real estate transaction, there are plenty of ways things can go wrong. My lawyer is on-board, but all kinds of fun things can come up. Like termites.

But looking at the place, I think I would know already if there were termites. 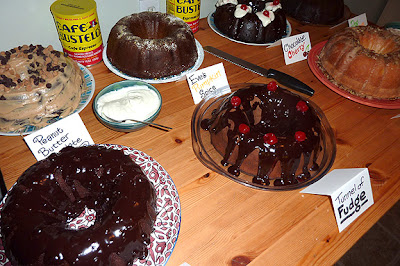 It's National Bundt Day today, and I have been sadly remiss in my cake-baking duties.

Is it too much work, as it was last year when I was working on the Iron Man Extremis prose novel? Is it like in 2011, when I was in some other country on MariesWorldTour.com and nowhere near an oven?

Or is it that I haven't eaten sugar or wheat since mid-August?

It's a combination of #1 and #3, but I wish all of you the happiest of happy Bundt days, and hope you are enjoying some cake since I won't be doing so.

Here are some photos of Bundt days past, and if you are so inclined, you can see the Bundt cake site I started putting together before real life got in the way.
Posted by Marie Javins at 8:58 AM 4 comments:

My final post for my Wander Woman column on the Wanderlust UK website went up this morning.

It's for the best, really. I've barely had time to do this lately, and completely forgotten twice, which is mostly related to the hectic work schedule I've kept since I got home from Mexico. I'm often not sure what day it is, just that I need to get up and race through something for one of my freelance jobs.

I will miss it. It's a bit of a pain and the weird time-lapse that came from doing a column a week about trips that I lived every day was a little strange, but it made me still feel relevant to writing travel material. Now I'm back to the Habitrail of life, which doesn't merit being immortalized in words. It IS words. Thousands of them, in Marvel prose novels, Marvel movie art books, children's books about pioneers. Lots and lots of words.

But I'm pretty sure my devotion to the Habitrail won't go on too long. And so I knuckle down.

Posted by Marie Javins at 9:14 AM No comments:

Categories: Travels with Myself, Writing

Hey, We Did That Already

Today I am a little bit annoyed as I watch the media jumping all over the story of a Muslim superhero. 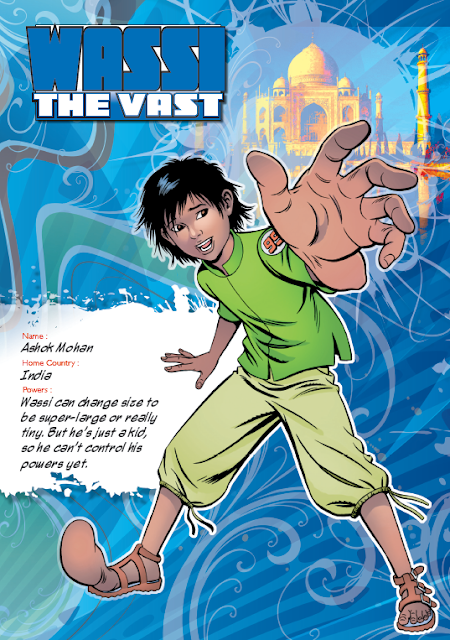