They Killed Easter Island Too, You Know

Apparently there are detractors out there trying to debunk the idea of cannibal rats on the Lyubov Orlova. To which I say, nonsense, and it wasn't ice that got the Endurance. 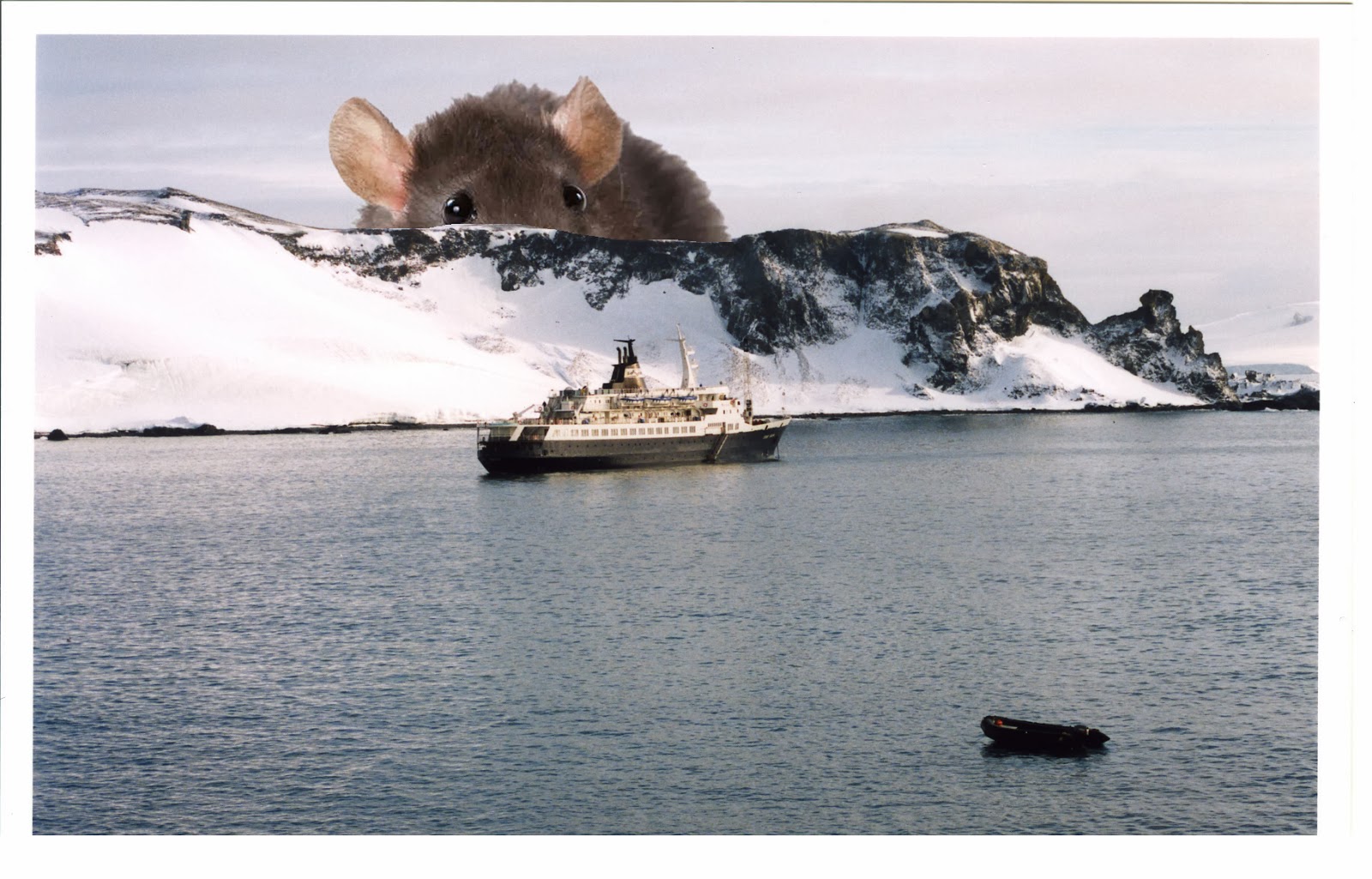 Posted by Marie Javins at 9:30 AM No comments:

Do you remember when G Adventures' "Little Red Ship" sunk back in 2007? I was a little jealous. I'd gone on then-GAP's inaugural Antarctica cruise in 2004 and they'd used a Rent-A-Ship via Quark Expeditions. While others got to travel on the ship that sunk, I had just been on your everyday generic ice-strengthened Russian ship.

But no more! Let them have their sinking ship. My ship is a RAT-INFESTED GHOST SHIP. It even has its own Twitter feed. 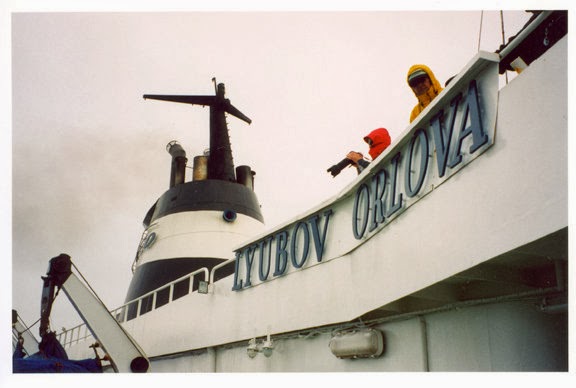 I've lost my snow shovel, and my car is sitting out front in this. 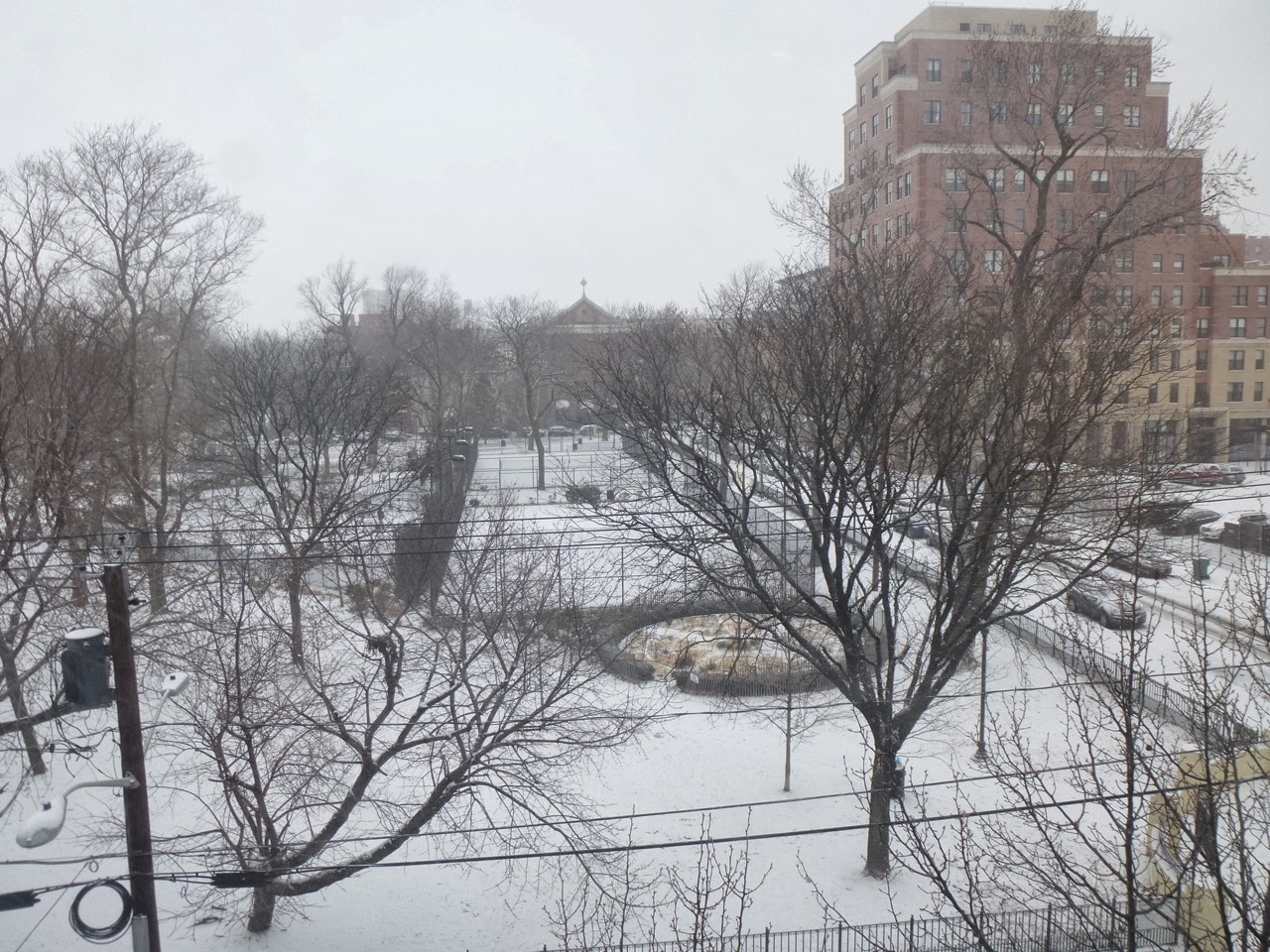 I planned to drop it off in my garage, but the snow showed up early. And I can't figure out...did the mechanic take my shovel out of my trunk when he was replacing my car's bumper? Did I take it out, prop it up somewhere, and forget it was there and drive away?

I'm not looking forward to the walk over to Home Depot. Maybe the snow would just do me the favor of melting over the next few days instead.
Posted by Marie Javins at 10:18 AM No comments:

I've been working non-stop since right after Christmas. Before Christmas too. Pretty much since the day I got back from Mexico. There are still boxes in my apartment left unpacked—I'd moved them out so Yancey and his family could stay here while I was gone. At least I managed to relocate them from the garage to my dwelling. It's a start.

I am just sitting down to tackle the introduction to my latest Marvel book (I finished the interior already, but will be touching it up as more comments come in from the artists), and I noticed this on my friend Larry's feed.

Larry made a fan fiction film with a fan, based on his own work. Fantastic.

Posted by Marie Javins at 3:05 PM No comments:

Yes, he really did this first.

I wrote to him a few times right before undertaking MariesWorldTour.com in 2001. The fact that he'd already put out a book about going around the world without planes didn't stop me from trying to get one published, just as my trip didn't stop the guy who did it in the mid-nineties. Just as Peter Moore or Paul Theroux writing books about surface journeys from Africa's tip-to-tip in 2001 didn't stop me from making my own book.

I can't say that I was inspired to travel by Jeff Greenwald -- I was completely unaware of his existence when I planned my first massive journey. But I wasn't unaware by the time I left, because two different people had sent me his book. I wondered if there was a way to differentiate myself from him, but I ultimately decided that was silly. My trip was mine, his was his. Did it matter?

Not in the slightest.

I'm impressed. It's seldom someone can say "I did this first" and it's actually true.
Posted by Marie Javins at 1:54 PM No comments: