Bedrock City has left the building after 50 years of quirky desolation along the other road to the Grand Canyon. I went here with the Other Marie back in the near Stone Age, shortly after we both moved to Jersey City. We went on a horse trip in the Grand Tetons, and rented a car to drive around the west. I don't know what year that was. 1991? 1990?

The next trip was with Michael aka Turbo the Aussie, with Henry the 1990 Ford Taurus in spring of 2002. Finally, BBF Jim and I went there just a few years ago.

Now it's just me left out of all of those match-ups.

Actually, that's a pretty bleak way of looking at it. The Two Maries are eternal! 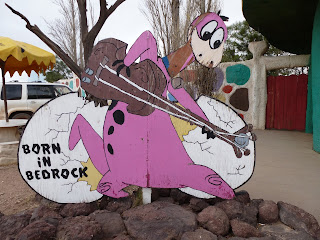 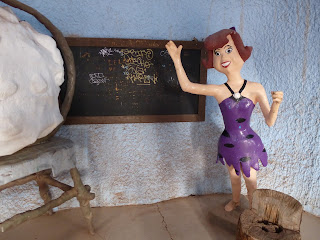 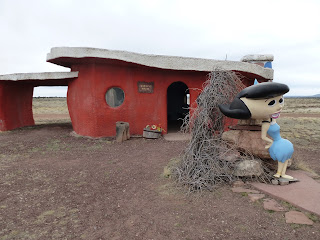 All the news about the cold front in the Northeast reminded me of how I used to have an old Volvo with a manual choke.

Two old Volvos with manual chokes, actually. Not at the same time.

The thing about a manual choke and brutal cold is your car then has a contest on every start-up. That contest is between your car's battery and your car's carburetor. You hope to get the air/fuel mixture right with the knob that controls the choke before the battery gets tired of trying to start the car.

This is easy in summer, really hard when it's below freezing.

I used to get around running the battery down every time by spraying a little starter fluid into the carburetor. But one spray too many and then there would be a puddle of fuel waiting for the spark. Boom, you have a fire.

I frequently had fires in my carburetor.

That is why I kept an old quilt in the car, for putting out fires in the carburetor. It looked way more dramatic than it actually was, and I remember going to fetch my car once from the impound yard on the Hudson after having parked illegally in Manhattan. There was no sign, not my fault.

A Spot of Green

My balcony garden is ready for sun and rain and hummingbirds. I even made a mini-rain barrel.

Growing: Succulents that lived on this balcony before I arrived, as well as parsley, basil, rosemary, thyme, radishes, and peas.

And, yes, the giant indoor plant is still with us. It's back inside ever since the elements reduced it to a more manageable size. 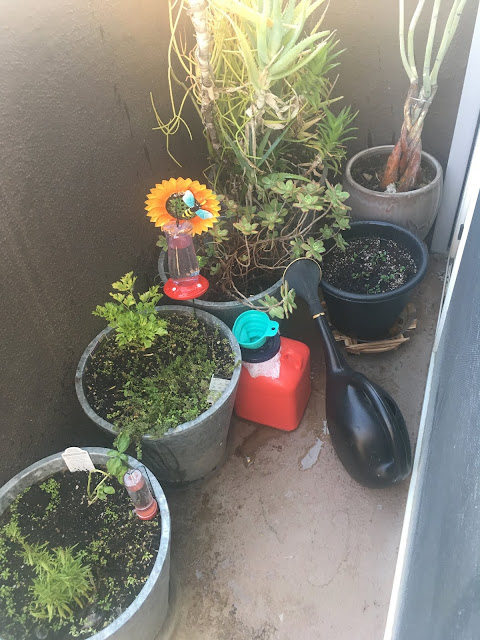 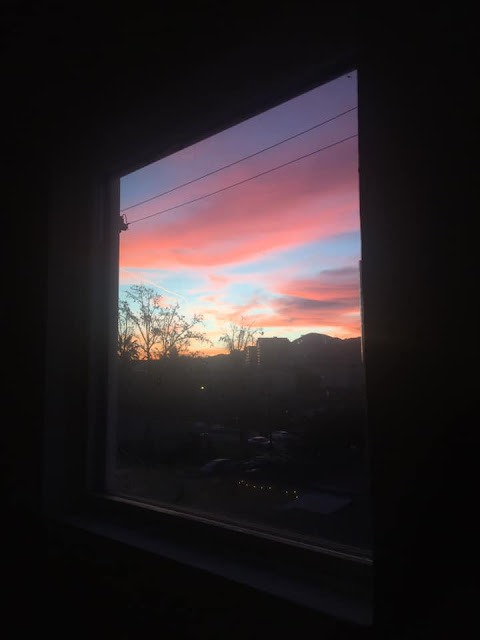 I made ANZAC biscuits in honor of Australia Day.

They are supposed to be made for ANZAC Day, but I’m a clueless American, so I always screw that up. I had a charming couple of years (2002-2003) living alongside an Australian. Part of me wishes I still did, but obviously I've had a wealth of experiences I never would have had if I'd stuck it out Down Under.

Peter Platypus and I took our biccies to work and foisted them upon my confused colleagues, many of which are now fans of ANZAC biscuits. Art in the Hollywood Hills

I went on an Atlas Obscura excursion tonight to a marvelous private sculpture garden in the Hollywood Hills.

You can't just wander up and walk through the garden—you have to keep an eye on their website and find a time to attend an event.

But you can go up Beachwood Drive and into the winding hills to these coordinates, where you can look at the back yard from the public street. 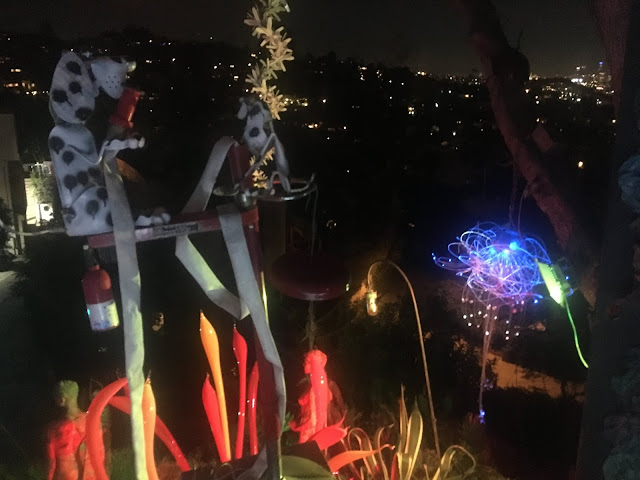 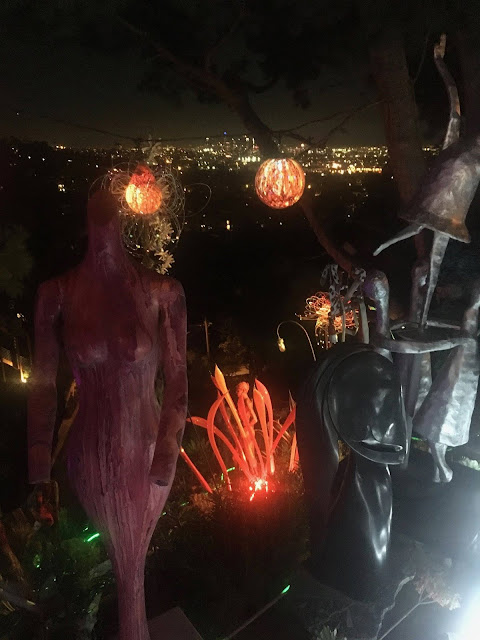 Hey you guys! I got promoted at work. Now, instead of being a bossy mole-whacker, I'm an executive bossy mole-whacker. Who woulda thought when I agreed to be a temp for a few months back in 2014, I'd end up in California with the word "Executive" attached to my title.

One day I'm gonna be the best mole-whacker in the business.

The last time I tried to see a complete lunar eclipse, the rain had been coming down hard, but finally let up just when the eclipse started.

Denise and I put on our raincoats and went over to Newport Mall and climbed up to the top of the parking garage. We walked around looking for the moon for some time, hoping the clouds would give us a break.

Tonight, even after the week of crazy rain, the sky cleared up just enough to where I could step out onto my Burbank balcony and wait.

The atmosphere is still gray enough that we aren't getting the full-on blood moon others did, and my point-and-shoot Lumix did better than my phone even though there was nowhere great to perch my mini-tripod, but at least this time I got to see something. 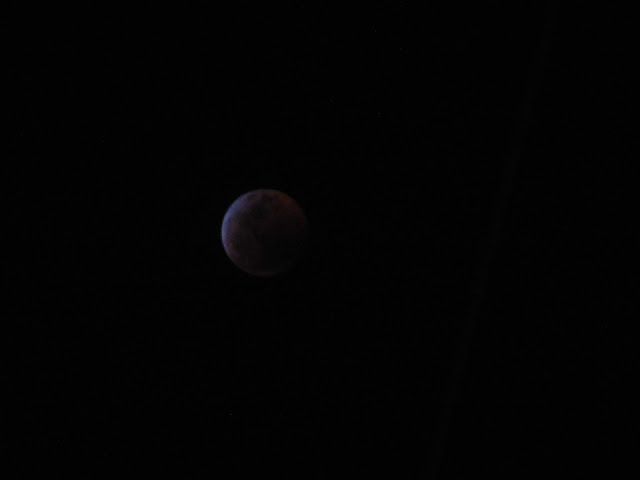 The ticket seller at the Skirball didn’t even ask what exhibit I was here for. Just gave me my sticker and pointed me to the Getty Gallery.

I’m such a cliche. 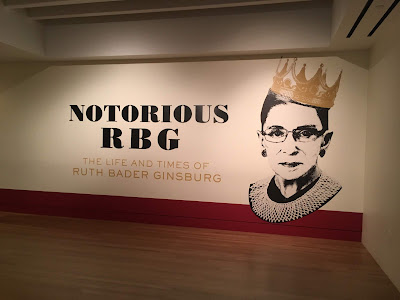 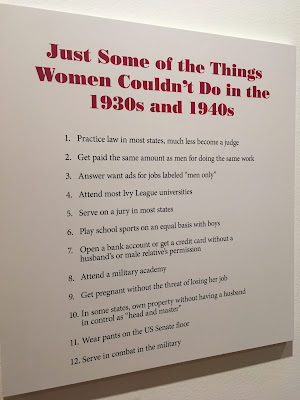 I was looking at my phone map today to find my way from San Marino to South Pasadena, and I spotted something unusual on the map. 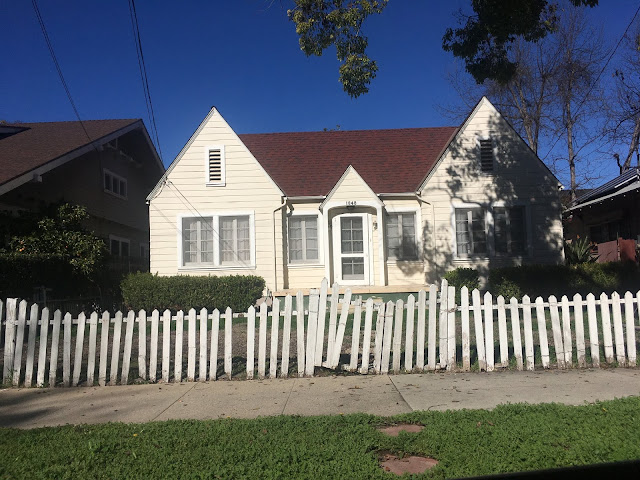 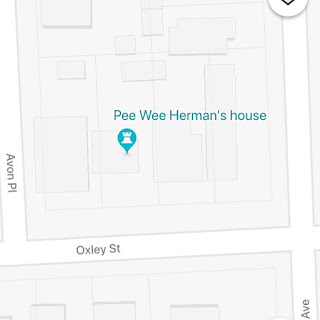 I used to take pottery classes at La Mano in Manhattan. It's a great studio. Not only is it right by the PATH and the F train, it's spacious, well thought-out, and things just makes sense there.

That's where I learned how bad I am at pottery. I had some luck early on and made some cool things, but as with most things, the more I learned, the more I realized I had no skill or talent at this. I dug in, making mug after mug, bowl after bowl. I just couldn't get the perfect large bowl I was trying to make. I have a mug made by Catherine Rhodes, and for years I've been trying to get good enough to replicate its large size and light weight, but I keep making small mugs that weigh a ton.

When I first moved to LA, I tried going to a pottery studio in North Hollywood, but the space was too small and most of the students appeared to have been going for years. Systems were unclear. How did it all work? I couldn't figure it out, and there was no space and the teacher was frequently a substitute. The worst was the limited studio hours, when the studio would be packed. Limited hours and various business trips later, I didn't get back in time to pick up my fired pottery, so I guess it went in the trash.

Back to Nature in the Middle of Hollywood

Yesterday I went over to Hollywood to attend a workshop on square foot gardening.

The idea is you have a small raised bed of dirt, say it's 4x4. Then you use strings and staples (or whatever) to divide it into a grid with four one-square-foot sections. Like laying out four standard floor tiles next to each other.

You plant in each of those square sections—for example, broccoli only gets one plant per section, but peas can be in five per section. Radishes and carrots get planted at 12 per section. Someone has worked out how many go in each foot, and what order you plant in and in what season.

This class was a lot of fun! I was thinking about doing this in my backyard in Jersey City one day, but then the teacher said how raccoons and possums like to eat the veggies and so unless I want to get into a protracted battle with local wildlife, this seems like a bad idea.

Maybe I can do this on my balcony in Burbank, but only if I get a shade cloth. We get a bit o' sun here in this part of the world. 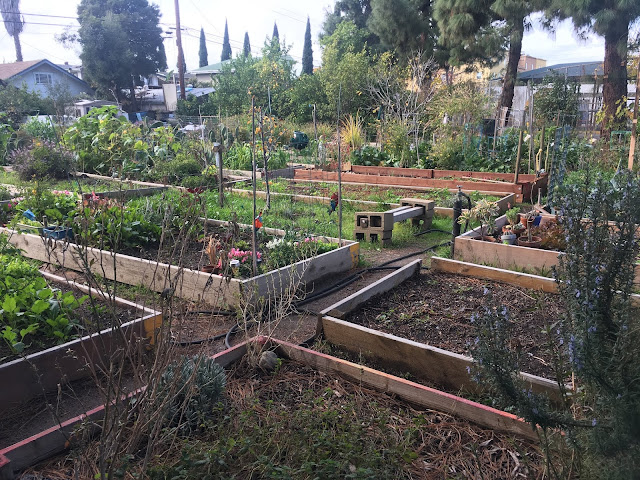 I saw my first LA police chase! These are a local sport here.

No, I wasn't driving.

My house is such an ambitious social climber. Here it is, clamoring for attention yet again for Instagram. 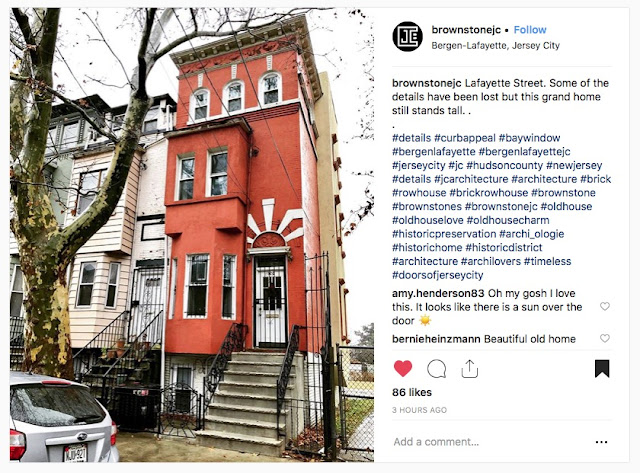 And here we are the morning of January 1st, when the power decided to go out in the neighborhood just as I was packing to go to the airport. 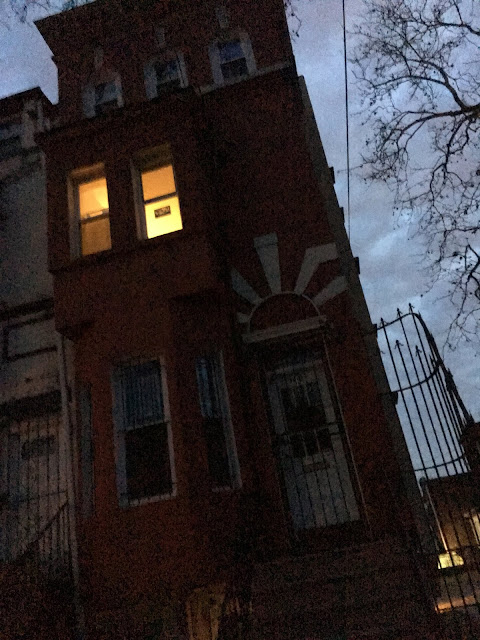 I shipped this Bundt cake pan back from Jersey City.

Game on, Burbank. I'll try to be ready for National Bundt Day this year. I've got 9.5 months to get my act together. 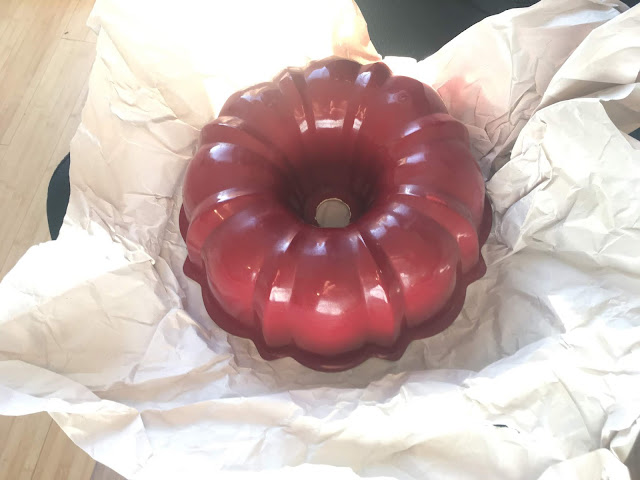 The Fourth of January 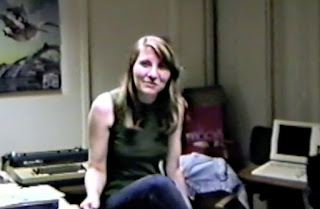 January 4th, 1988 was a Monday, and my first day as an intern at Marvel Comics. (My desk next to Mark Chiarello came with a typewriter, and there was a Wang word processor right behind me, which the whole department shared.)

Today is the 31st anniversary of my life in comics, but it's also the 18th anniversary of the day I caught a train at Penn Station, ultimately disembarking in Los Angeles to take a freighter from Long Beach to Melbourne, to begin my year-long solo trip around the world.

Pretty sure my other January 4ths have been less eventful. I don't anticipate today being something I'll talk about moving forward, but you never know. 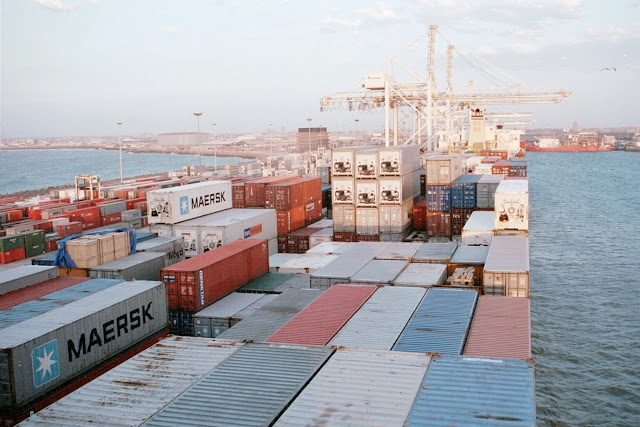 I have a lot of bad-to-mediocre years and some incredible ones, and in spite of the domestic and international shit-show as our world spirals into madness, 2018, as an arbitrary marker of the passage of time, marked a decent set of events of the course of my personal and professional last 52 weeks.

Here we are at the start of the new 52, so taking a quick look back, here are some highlights of the past year: