Don't feel badly for me—I only paid $125k for it in November, 2002, and I once figured out I had spent $16,000 on renovations. The before photos are a reminder of what a crappy place it was when I bought it. Before I got sick of listening to the front door buzzer all the time and walled up the parlor door with two levels on insulation and sound-deadening board. Before Al replaced all the lighting switches with push buttons, before we put in that fake tin ceiling later sold as "original detail," before Turbo scrubbed all the paint off the old hinges and I matched the missing ones at Olde Good Things. Before we got the fireplace cover dip-and-stripped. Before I dug the old pocket door out of the wall only to find half of it was missing. Before the fake-wood shutters, now removed. Before me and Yancey and MK ripped up the ugly old carpeting and found the beautiful heart pine floor underneath after a week of tearing up plywood (I still ache from the memory). Before I learned how to move and plumb an island sink. Before the stained glass bought off eBay, before the transom, before the old gaslamp I re-installed only to see destroyed by the interim owners, before we glued up medallions, before exposing the brick in the kitchen, before rigging up wall cabinets on the floor in front of the brick and faking a countertop from wood. Before the condo owner upstairs landscaped the backyard.

I was able to turn the proceeds from the sale into 1) my wonderful house in Bergen-Lafayette 2) my great little condo in Burbank by Warner Bros, and 3) a comfortable nest egg where I don't have to panic all the time.

Still, I am impressed. The people who sold it for $465k spearheaded the drive to fix up the exterior of the building. It really went downhill for about a decade. The story was that the condo association paid painters to redo the front, and the painters took the deposit and vanished. The place steadily went downhill until the owners of 1L got Sylwester from Kearney to finally, magnificently redo 350 8th Street.

Two units immediately changed hands for exorbitant amounts of money, after years of owners losing cash on their deals. Good for them.

It really does look great. See? 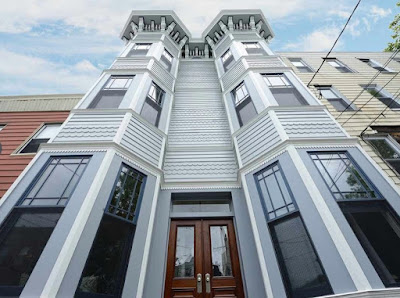 Posted by Marie Javins at 11:02 AM No comments:

My mother lives at the foot of Skyline Drive, and takes every chance she gets to drive along the crest of the Virginia mountains.

Here is the highest point near her home as it looked on the afternoon of December 25th, 2017. 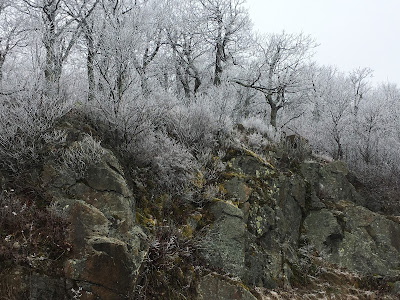 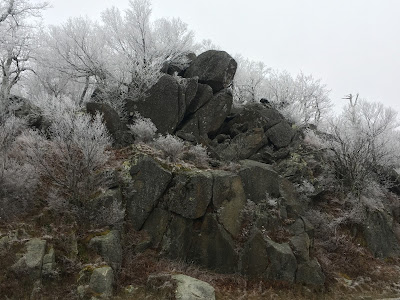 Posted by Marie Javins at 4:27 PM No comments:

My Mother the Seer

My mother had my baby scrapbook sitting out on a table, so I opened it up.

This caught my eye. 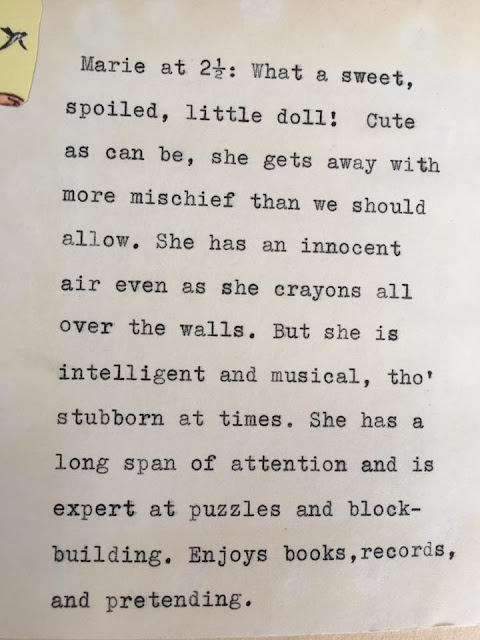 Posted by Marie Javins at 12:30 PM No comments: 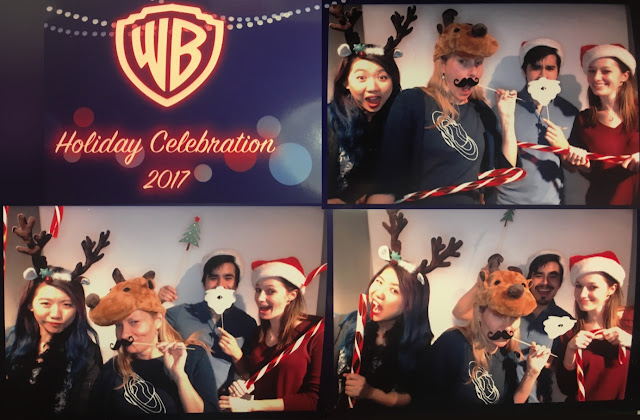 Posted by Marie Javins at 10:06 PM No comments: