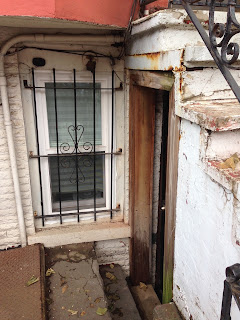 I went home over Memorial Day weekend, so BBF and I could finish up my little crashpad near Liberty State Park. A friend of a friend will be staying there for two months prior to her move to Hollywood, where she will join those of us shifted across the country for work. For two months of my life, I'll break even on my house rather than losing hundreds of dollars, so long as I overlook the thousands of dollars I've been pouring into renovations for a year.

So it was time to finish.

BBF is a professional contractor with a license and insurance and that sort of thing, so I shouldn't have been surprised, but I was anyway when I walked under the stairs and found he'd installed a new motion-activated outside light, and repaired the entry grate while I'd been in California.

Looking at the photo of the entrance, it occurs to me I should have painted the entryway. But too late now, at least until August.

Inside, he'd finished the mini-kitchen. This isn't a "real" apartment...or it's real, but it's just what we call an in-law suite. There's no oven and no freezer. Someday, I'll apply for my house to be a two-family, and then I'll go to town, but for now, it's just a downstairs bolthole. 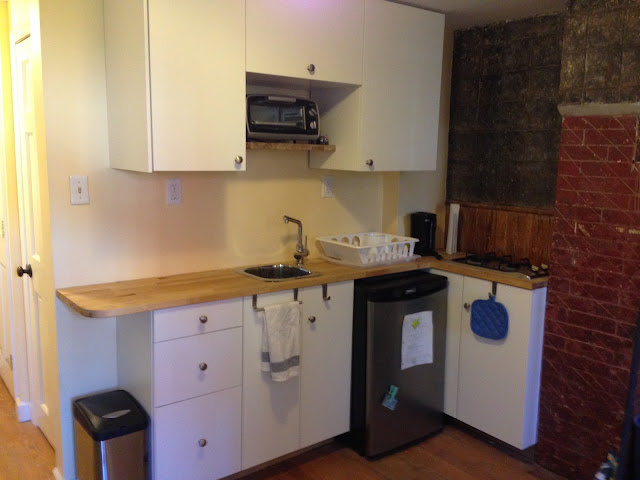 There's still space to hang a shelf or pot rack on the right, over the tin covering the far wall. And a rounded shelf could go on the edge over the extended countertop.

Read more »
Posted by Marie Javins at 8:30 PM No comments:

I love what BBF is doing to the downstairs floor of my house in JC. It's a mother-in-law apartment, not really its own thing, but not part of the rest of the house, either. We're fixing it up for me when I'm home on weekends and holidays, and it's so cute I want to move straight back.

When I first saw the house, I could see from the outlets that someone had once had a kitchen downstairs. I've looked at three other houses on the same block, and other houses are two-family and do have an entire kitchen where my house now has a mini-kitchen.

I was inspired to build this from one of the AirBnBs I stayed in, which was only a small room, but so cleverly arranged I realized I could easily set up my ground floor to be my own in-law suite.

I was lucky--the AirBnB place had an electric hotplate, and installing that was part of my plan, until BBF called me one day and said "Did you know there's a gas valve right by your kitchen?"

I had a professional stop by and make sure the gas line was AOK and didn't need any maintenance. (Well, BBF is a professional, but I have a helpful heating professional who sorted out my heating system last year, and he stopped by to confirm everything was up to code and not broken.) This new was so welcome--I have gas burners instead of electric! I don't have an oven and I don't have a freezer, but this isn't really meant to be a full-on apartment. It's just my hideaway in Jersey City.

I don't have a final photo yet, but I'll get it next weekend when I'm home. 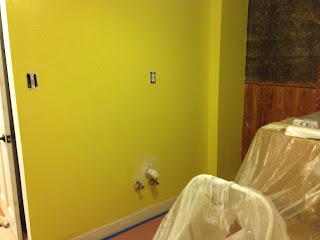 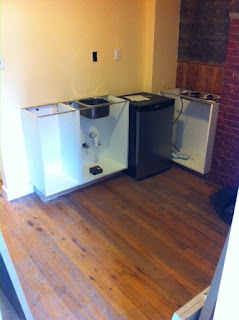 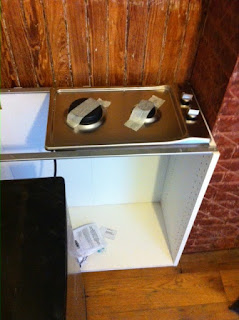 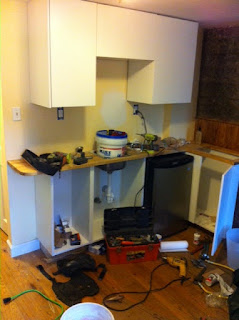 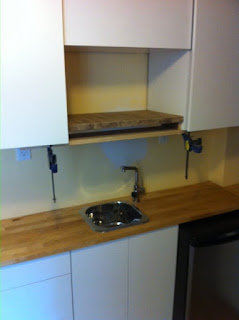 Posted by Marie Javins at 9:39 PM No comments:

I had a hard time getting anyone on the phone at the stucco repair place...until winter, and then it was easy.

They took the first nice days of Spring and repaired the stucco on the back of my house. It was complicated, involving getting the convent next door to open the gate to the backyard, but the stucco looks great.

Of course, now there's a leak on a window, and no one can figure out where it's coming from. There's always something. 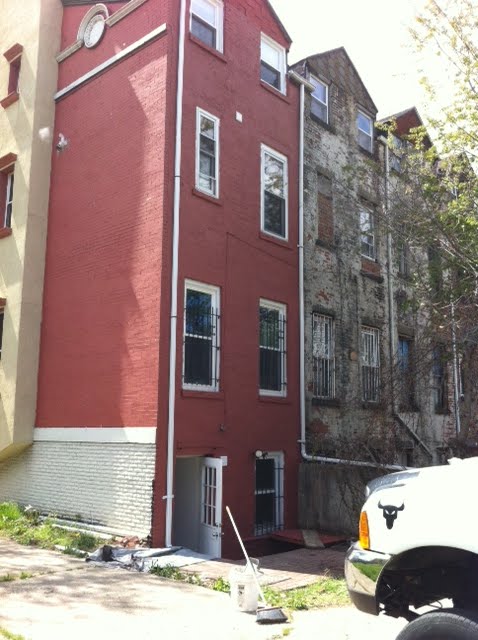 Posted by Marie Javins at 10:01 AM No comments:

This ad ran in the New York Times classified section on September 15, 1895.

A local history walking tour is happening on Sunday, May 15th. I'm sure they'll stop at my house, examine the words "Breadalbane Terrace" on the side of my building, and a docent will explain the significance and the story behind the block of cute houses. I wish I could be there, because I don't know why these adorable, historic row houses sit where they sit. 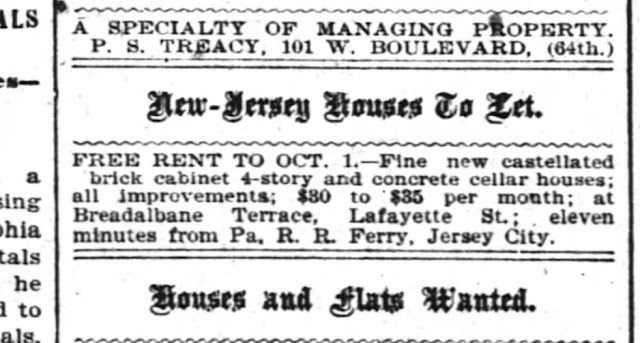 Daniel still sang a bit about the devil, but not the way he used to. And he talked over the most embarrassing parts of my video. The footage from 1987, where he was worried about year 2k, he talked over his video monologue. "It's the future, Dan, it all worked out okay."

Posted by Marie Javins at 10:16 AM No comments: