First Time I've Argued With A Cop INSIDE the Country

Guess who got a ticketed warning for not pushing the walk button this morning?

On a dead-end street with only an alley outlet, where construction has blocked the sidewalk access to other routes. And while I stood there yes, arguing with the motorcycle cop, another person ON HER PHONE did the same thing. Not because she was being a scofflaw (though technically she was as was I) but because who the hell stops, pushes a button, and waits at a dead-end street that gets maybe 50 cars a day total, all turning into the parking garage at the dead-end? I've seen maybe two cars on that road in the two years I've walked 2x daily across it.

"Yes. I have 45 seconds to get to that crosswalk there to push the walk button before the next light cycle, since I can't walk on the sidewalk after that due to all the construction going on."

"I'm going to do this again. I'm not standing there in the sun at a road with no cars."

"Then next time you'll get a real ticket."

Oh boy. Is it worth hundreds of dollars in jaywalking tickets to refuse to cave into an incredibly stupid rule? This reminds me of the time I was willing to be jailed for refusing to bribe a security officer in Congo. FOR FIVE BUCKS I could walk onto the plane. FOR FREE, I could risk going to jail in Kinshasa of all places. Of course, this is actually legal here, just stupid. I don't do stupid well.

Bonus! Two people from the office spotted this event and called me as soon as I got to work. Ha ha...the humiliation.

Burbank. What a ridiculous place. Charmingly eccentric, yes, but also quite absurd in how it incentivizes driving over walking. Blocked-off sidewalks where the options put the walker at risk. Bicycles sharing the walk with pedestrians because the streets are dangerous. Walk signs that don't automatically change without a person pushing the disgusting button. Motorcycle police pulling over walkers. Gotta keep Burbank safe for cars, you know!

Here's something fun I did on Tuesday night...

...because sometimes I go through phases of trying to do something besides work all the time: I went to Los Angeles City College for a community class in container gardening.

The teacher gave us all wooden planters and some cuttings. I planted them on Wednesday and so far, it looks like the jade plant might make it. And my kale and radishes are starting to sprout. 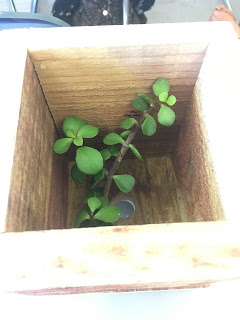 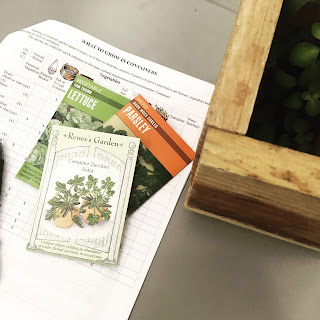 For once, my pottery turned out all right. Well...it's too small, but other than that.

I'll keep working to make a mug big enough to carry around the amount of coffee most people like to drink (me included). 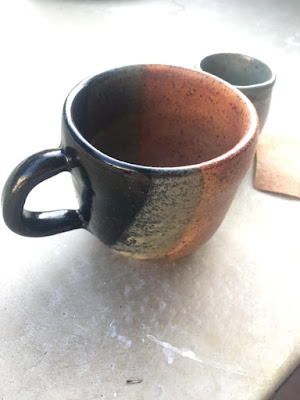 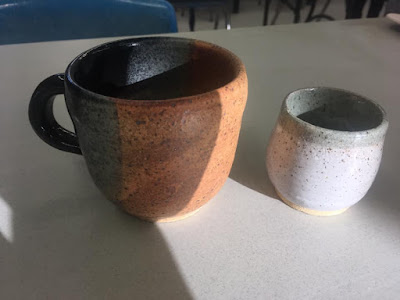 Here's a look at the downstairs "kitchen" back when I first bought the house. I knew immediately what that was sticking out of the wall, much as I recognized the bare pipe in the middle of the bathroom ceiling (home to a future showerhead). 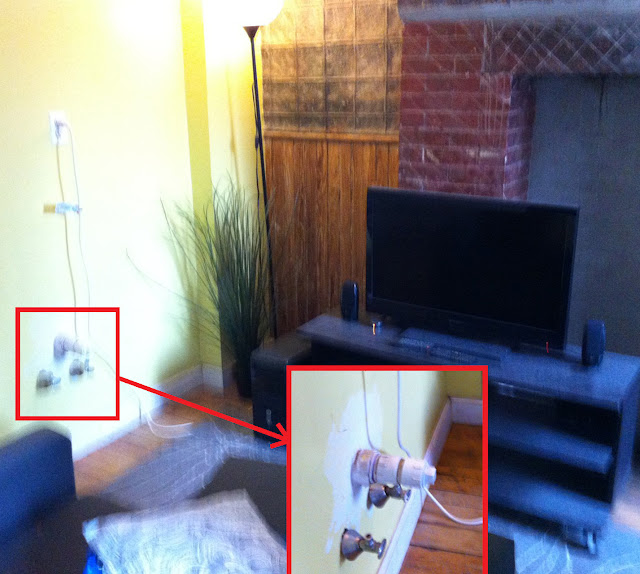 And here's that same space once BBF and I sorted it out. (The gas nib was already there as well.) 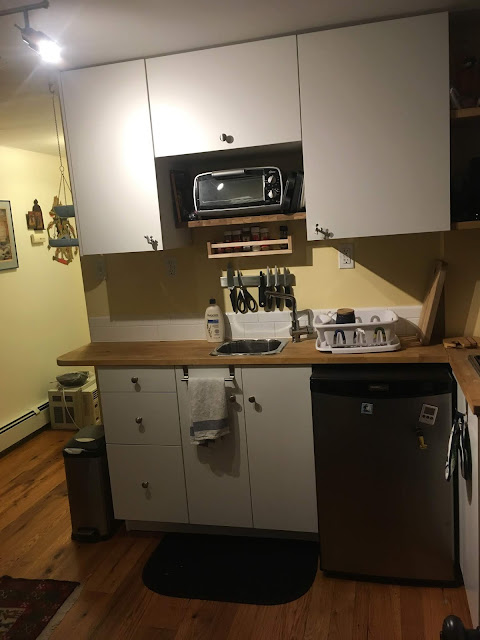 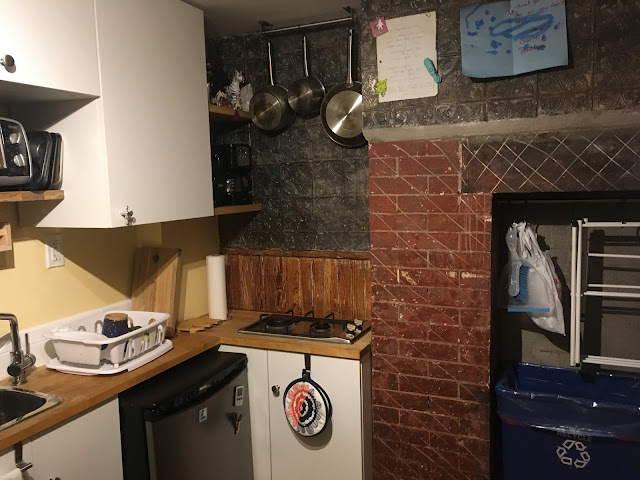 I turned my back just long enough to pat down some dirt in my balcony garden containers, and this packet of Siberian Kale seeds tried to fly away to Siberia. 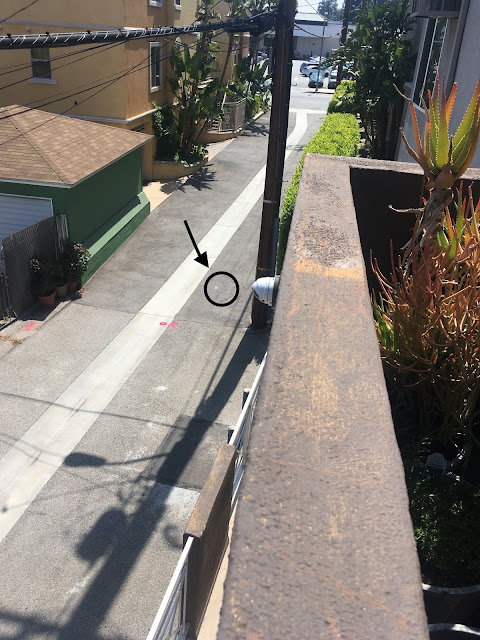 My friend Steve posted about his 18th wedding anniversary.

It feels like just a few years ago that I flew back from Australia to attend the reception, then Turbo bought Henry the 1990 Ford Taurus down in Torrance and we started the long drive to Manhattan.

The passage of time is alarming and terrifying. Awareness that life is short does not change how I approach every day. I wish it did, but we all still have to function and get shit done, even if we're aware of our aging brains and bodies. 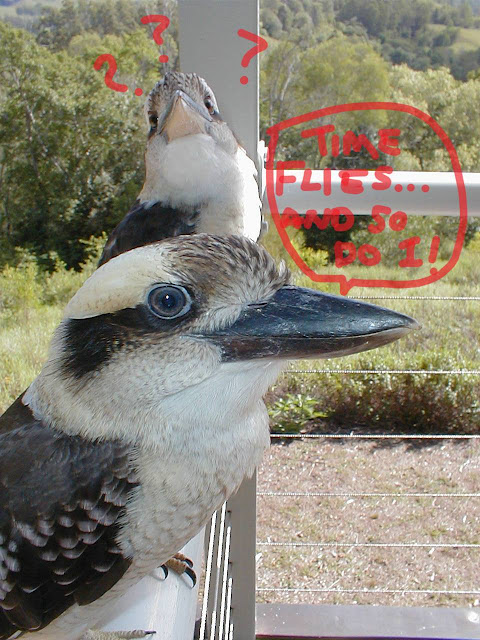