When I bought my house, it had an ancient all-in-one washer/dryer in the laundry alcove off the second-floor bathroom.

Which is better than nothing, except I couldn't figure out how to open the door on it. 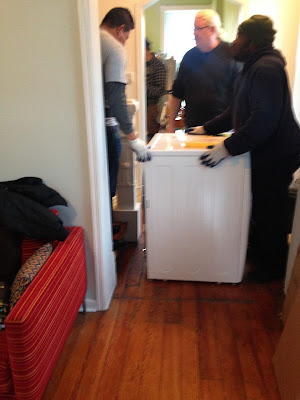 "Jenn used to do it with a butter knife, but I just went to the laundromat on Communipaw," my tenant volunteered.

MK couldn't get it open either, and when I called the one specialist I could find for this off-brand, he said "A piece of advice on that model: Throw it out."

I dug around on the holiday sales but missed them all because I was afraid to commit. Could I get them up the stairs? The old unit was only 22 inches wide. Nothing I could find was quite that compact.

"They can always lift it," said BBF (Best Boy Friend is super-smart about this sort of thing).

But I missed the sales, I thought when I went back online to look at prices. Then I found a loophole--the LG models were disguised as Kenmore models at Sears. I bought them. They look great. They are huge.

The phone rang on delivery day. "They aren't allowed to lift them over the banister," MK said. "They want to know if you still want to accept delivery." 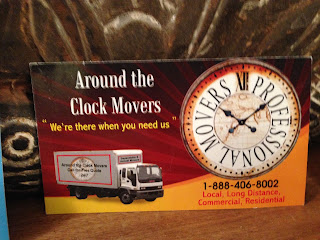 "Yes," I answered. I didn't know how to get it upstairs, but I knew smaller units were useless. My new tenants have two babies. Children create dirty laundry.

When I arrived in my house and looked at the washer and dryer sitting in my living room, I had a twinge of panic. They...look...so...big! But there must be a way.

I thought for a while, back to when I'd had to drive Babcock to his storage unit at U-Haul. It was a container that was taking his stuff out to his new home across the country. As MK and I had sat there in the car while Babcock rummaged in his container, I'd noticed a gaggle of men standing by the entrance to U-Haul. 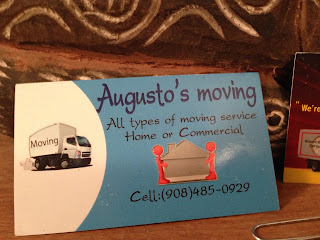 "Let's try them," I said to MK now, a year or so later. "You do the talking. You're a big guy. They'll take you more seriously. You look like you can actually lift something."

We drove over to the Tonnelle Avenue U-Haul. MK got out and choose the two largest men out of the line-up. He negotiated and brought them over to the car.

Marcus and Augusto were lovely people--both nice, strong, and clever. I can't say it looked easy, but between the two of them and MK, they lifted the washer and dryer up over and the banister and up the stairs. We then had to drive them back to U-Haul, and the entire experience would've been easier if I didn't live in an 1895 row house with tiny stairs and huge banisters, but at least it's done now.
Posted by Marie Javins at 11:39 AM No comments:

"I'm sorry--I'm being the Grinch here, but I need to renovate your apartment for myself and rent out the upstairs. Can you please move out?"

I felt mean, but my tenant knew it was coming. We'd talked about it before. He wanted to stay--who wouldn't, for $550 a month?--but it was inevitable. I didn't need four bedrooms for myself, but I needed one.

The mother-in-law suite on the ground floor would be just right for me as an East Coast base while I stayed in Los Angeles for work.

Somehow, he found somewhere, a share in Queens. I had to give him extra money for his move, but it was worth it to simplify my situation. Technically, it's a loan, but I'm skeptical.

I wasn't sure when he was moving out, but there would be at least a week in-between his departure and my arrival. I had ordered a few packages to my house--a used iPhone off eBay and a mini-fridge for the mini-apartment--but both were scheduled to arrive after Christmas, when I'd be there.

When I got a notification on 12/23 that my 73 pound package had been "left on stoop," I was more than alarmed. I sent the former tenant a note. "Sorry, I'm already in Queens!"

(The last I'll hear from him, I imagine.) 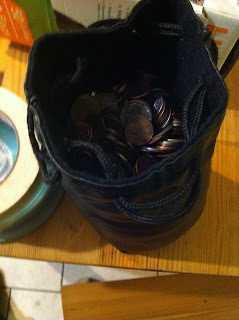 I called MK, who had to be in Westchester in a few hours. He hurried over to my house, and was in a bad mood by the time he got there. The Light Rail had been packed with holiday shoppers going to Newport Mall, and he'd had to give up on it and take the bus, which took forever.

He called me when he got to my house. He was pissed.

My former tenant had left his security gate and door wide open, and left empty boxes and rubbish all over.

But MK dragged in the mini-fridge and locked everything, then went to Westchester.

When I got home a few days after Christmas, I went downstairs to survey the damage.

He'd left, among other things, various pieces of a lighting kit, a skateboard, several frames, a ton of empty boxes, lots of books, a sack of coins, old magazines...I recycled the magazines, took the books to the resale shop, and put a bunch of stuff in the basement. After six months, I'll toss it. 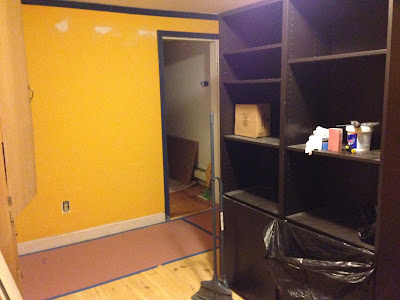 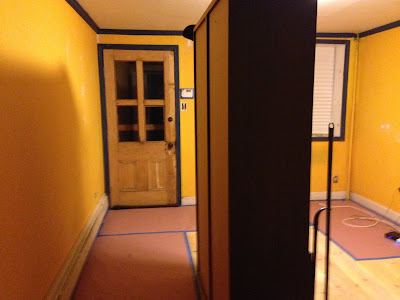 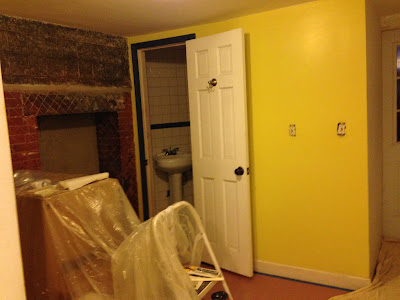 Posted by Marie Javins at 10:34 AM No comments:

Heading Home for the Holidays

I bought my ticket to the East Coast on August 1. It's not like there were any surprises...I was going one way or another.

But I did hedge my bets and got the ticket for midday on Christmas Eve. No matter what was going on at work, I'd be out of there by midday on December 24. And I bought it to travel to Dulles Airport, near my mother's. Say she decided to go elsewhere for Christmas--I'd still be close to the train to Newark from there.

I didn't anticipate United changing the schedule to an earlier departure between August and December. If I had bought an earlier ticket, I might as well have bought a redeye for the night before. I couldn't go to work on the new schedule. I had to go straight to the airport in the morning.

But I'd bought my ticket out of Burbank, near my office. Which turned out to be the smartest thing I could do a for a heavy travel day.

I caught the #222 bus from the base of my street, on Hollywood Boulevard. It goes up over the hill straight to Burbank, and on to the Burbank Airport. The Burbank Airport is never crowded or unpleasant. Getting on a plane there on Christmas Eve was easy-peasy.

I connected through San Francisco, and my mother picked me up at Dulles right on time.

I head back up to Jersey City tomorrow night, where Jim and I get to build my kitchen. Well, Jim gets to build my kitchen. I am actually pretty good at stuff like that, but I'll be all thumbs with a pro working next to me. It's probably best if I just stick to assisting. At least, the project will go faster. When I work alone, I have to keep stopping every step of the way, so I can go watch YouTube videos on the next step.

Happy holidays, or rather, happy one more holiday to go! This has been quite the unexpected year in many ways. I'll have to check back in before New Year's.


Posted by Marie Javins at 4:14 PM No comments:

Capitol reminds us of a certain 100th birthday. 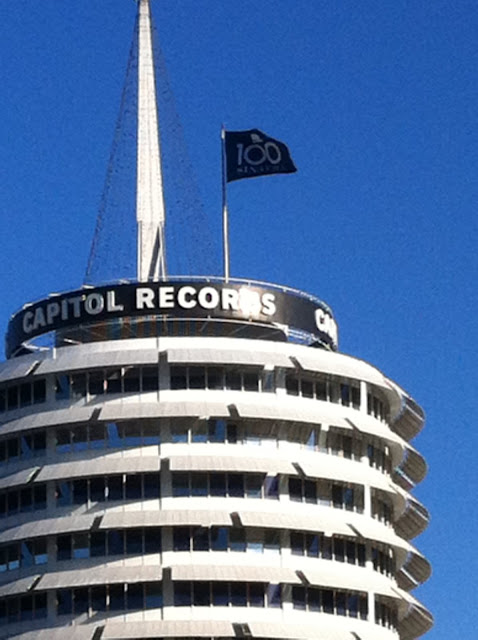 Posted by Marie Javins at 1:41 PM No comments:

Having posted an atmospheric photo of the outside of where I'm renting in Hollywood, it's only fair to show a bit of the inside as well.

I really do prefer to own, not rent. 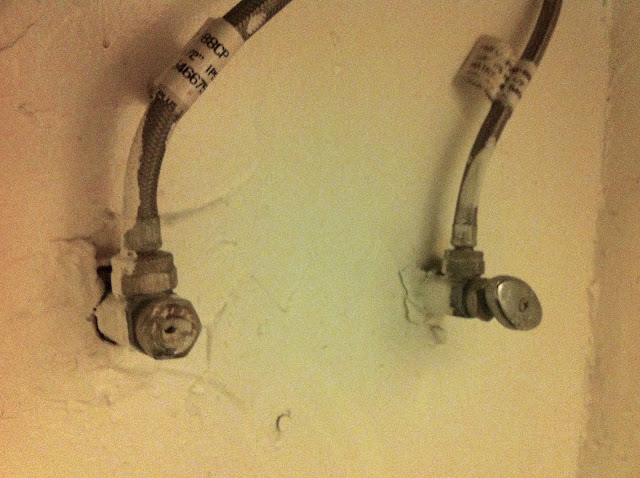 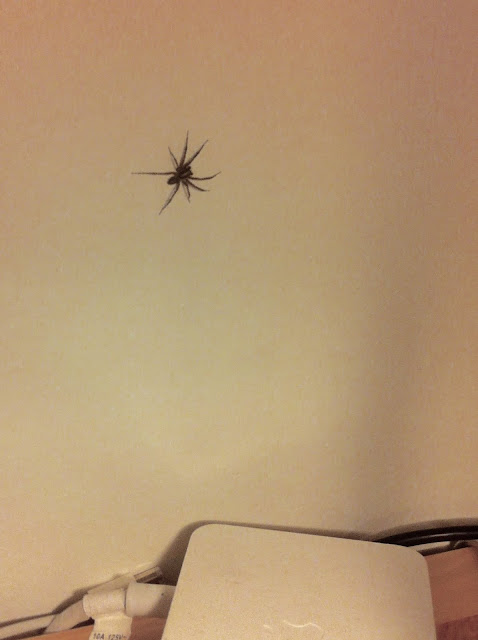 Posted by Marie Javins at 1:10 PM No comments:

Here's my building on a particularly pleasant evening a few nights ago. 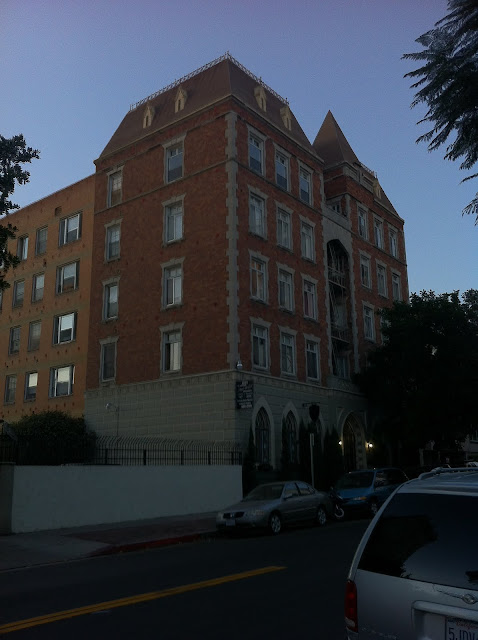 I spent a lot of time trying to find a place with a bit of character. I definitely succeeded on that front!

Posted by Marie Javins at 11:34 PM No comments:

I'm back in Los Angeles now--I was only able to take a few days off work for Thanksgiving. My plan was to put in a mini-kitchen into the ground floor apartment in my Jersey City house. I didn't, but I did get all my IKEA kitchen components ordered, a dishwasher delivered, and my expert's okay on the level of professionalism of the plumbing in the little downstairs apartment.

I'm loving my house, but I can't live in it anytime soon since I'm in LA for work for a few years. I'll keep the little apartment for myself for trips home, and rent out the three-bedroom part to a friend and her family.

Here's is my collection of appliances. Eventually, they'll not be sitting in the middle of the room. 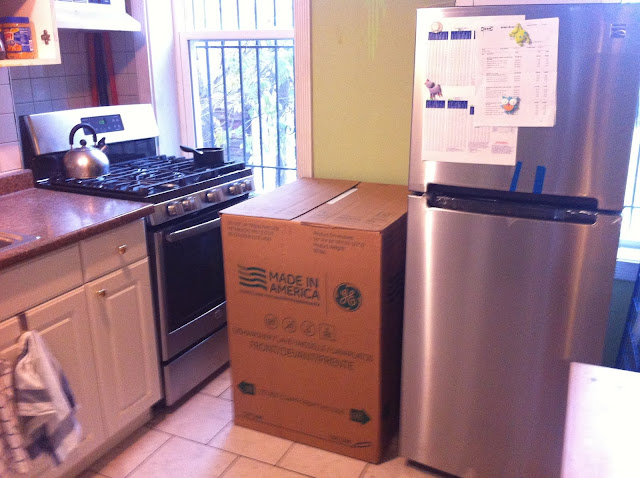 Posted by Marie Javins at 7:59 PM No comments: