I'm pretty overwhelmed. I went out to look at an apartment and it led me into peeking into another world, one similar to when I went up to the welfare office a few months ago. The family in the apartment seemed nice, but there were no walls, only hanging sheets. Just one big room for the whole family.

I've seen that, sure. In India. But it was the last thing I expected in the uber-gentrified East Village.

Which turned out to be a lot less gentrified than I expected it to be. There are still homesteads, outposts of people clinging to the community gardens and bohemian lives. And plenty of poor people.

Oddly, it hasn't changed all that much from the last time I spent any real time over there in 2002.

Am I going to buy the apartment? I don't know. I don't know if the credit union will finance the co-op or not. The owner might finance it, but I'd rather just get a mortgage if it's mortgageable. It's an affordable-housing building, and pretty DIY as it's a former squat that was sold to UHAB for a dollar, and to the tenants for $250 each unit. I don't know if I have it in me to gut and renovate, but more importantly, group decisions can be so unwieldy. They make me nervous.

Of course, I am equally tempted to buy one of those rambling pre-wars in Harlem.

Posted by Marie Javins at 4:57 PM No comments:

I'm starting to look at properties again, after being burned by the leaking oil tank up in the Heights 181 Beacon when that was for sale earlier in the year. (I wonder what happened to that. I wonder if the owners are doing anything about it or if someone else has decided they don't mind the tremendous risk.)

I'm still looking in Jersey City, of course. The area over by Liberty State Park is on fire right now. Not literally, and if it was, I suppose a flood would eventually come along and put it out. I mean people are buying and renovating over there. I like that in theory, and I like the incredible old brick houses up the hill from there on Astor and Madison, but it may be that I must be on a train line. I'm pretty lazy already and I'm really close to Person-hattan as it stands.

I am thinking of moving back into the Big City too, of taking advantage of some of the affordable housing programs and the more sane health insurance options. And more sane taxes. But it's so dense. There are down sides. I've gotten used to the lovely and practical user-interface of my park and my local services.

And the there's this. I found it in my car a few weeks ago, under the dashboard mat. Ah, the joys of alternate-side in the East Village. How could I leave such a thing behind? 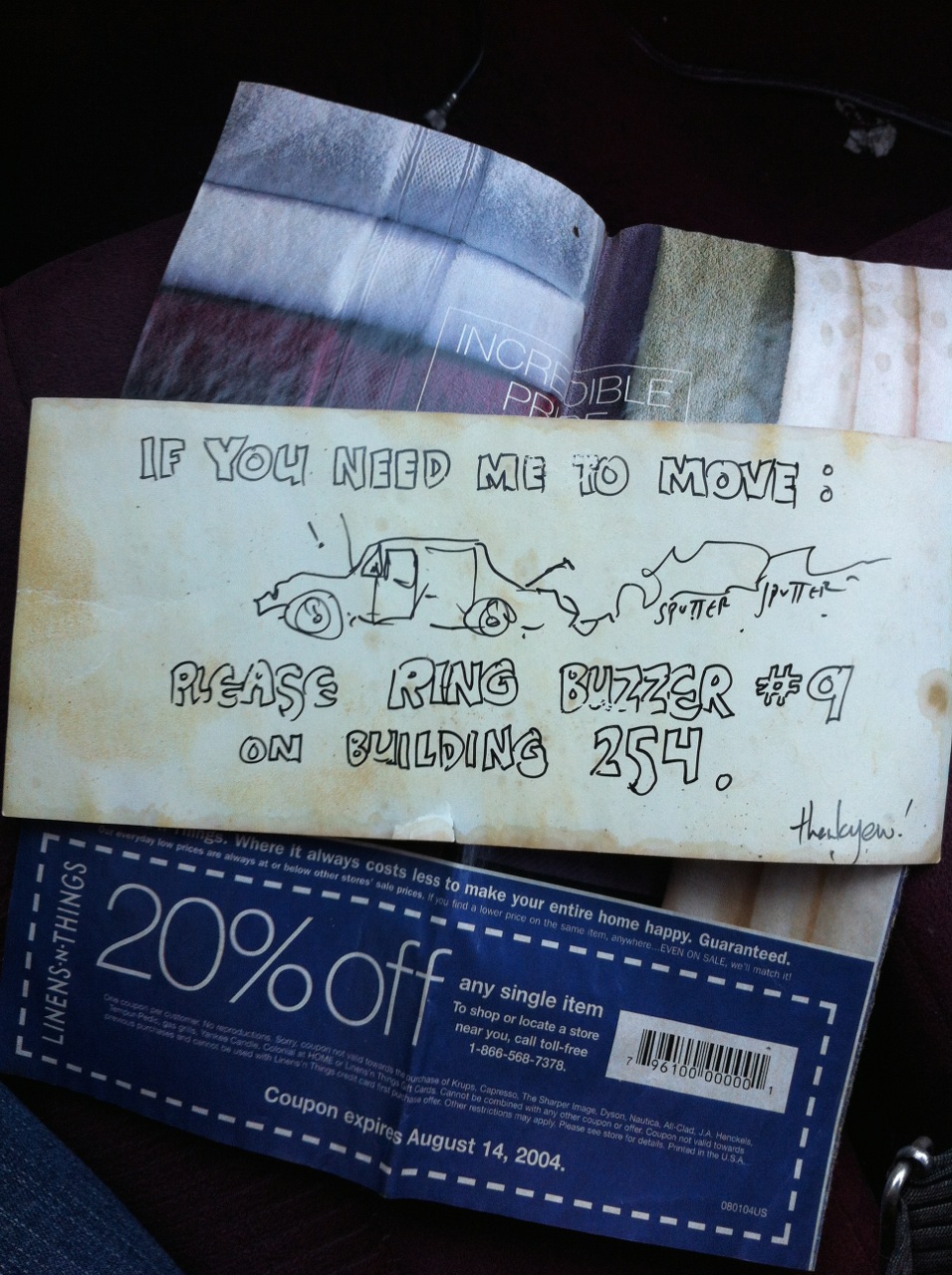 Posted by Marie Javins at 9:06 AM No comments:

I Could Buy a Brownstone With That

Check this out. I was up visiting friends at the Distinguished Competition (or Dog Cat, as I've taken to calling it), and one of my old pals said "Do you want to see if we can get a tour of the library?" She is the sort of person who makes things happen, and next thing you know, we were back in the stacks.

The library at Dog Cat is incredible and even has originals, like this one.

It's in plastic. I'm not really touching it. But suddenly, for a brief moment, I was a six-year-old kid in the drugstore, amazed this stuff exists. 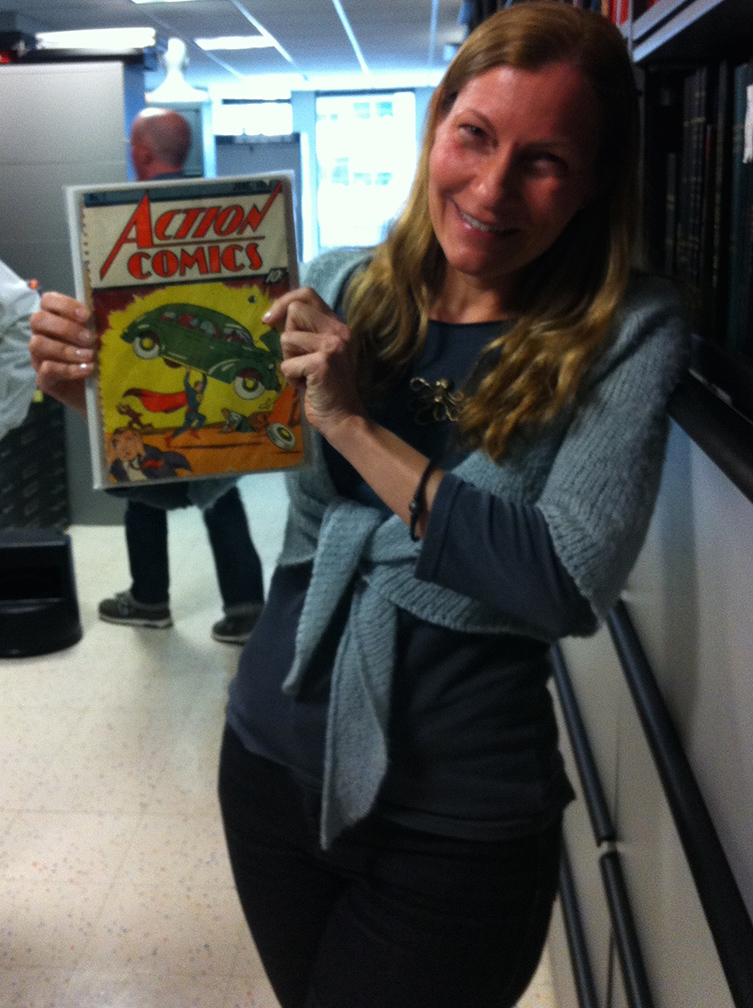 Soon Rats and All Her Friends

I saw this sign posted in the lobby of a building I attended an open house in today. 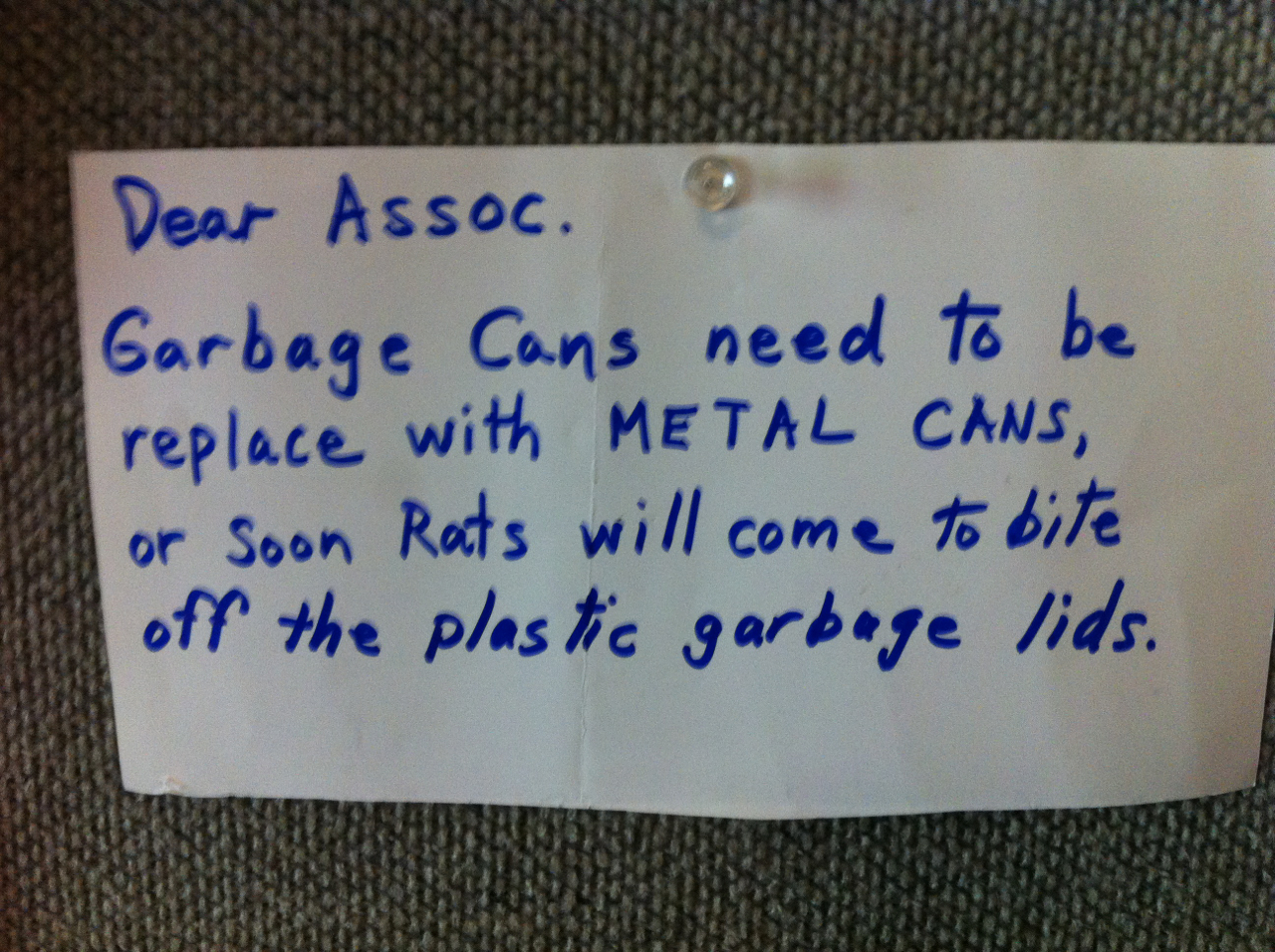 Posted by Marie Javins at 3:04 PM No comments: 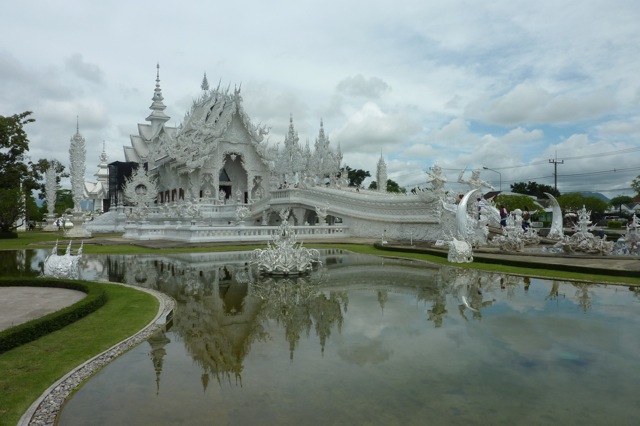 Did you hear about the earthquake in Thailand a few days ago? It crossed my feed because my friend Toby lives in Chiang Mai. 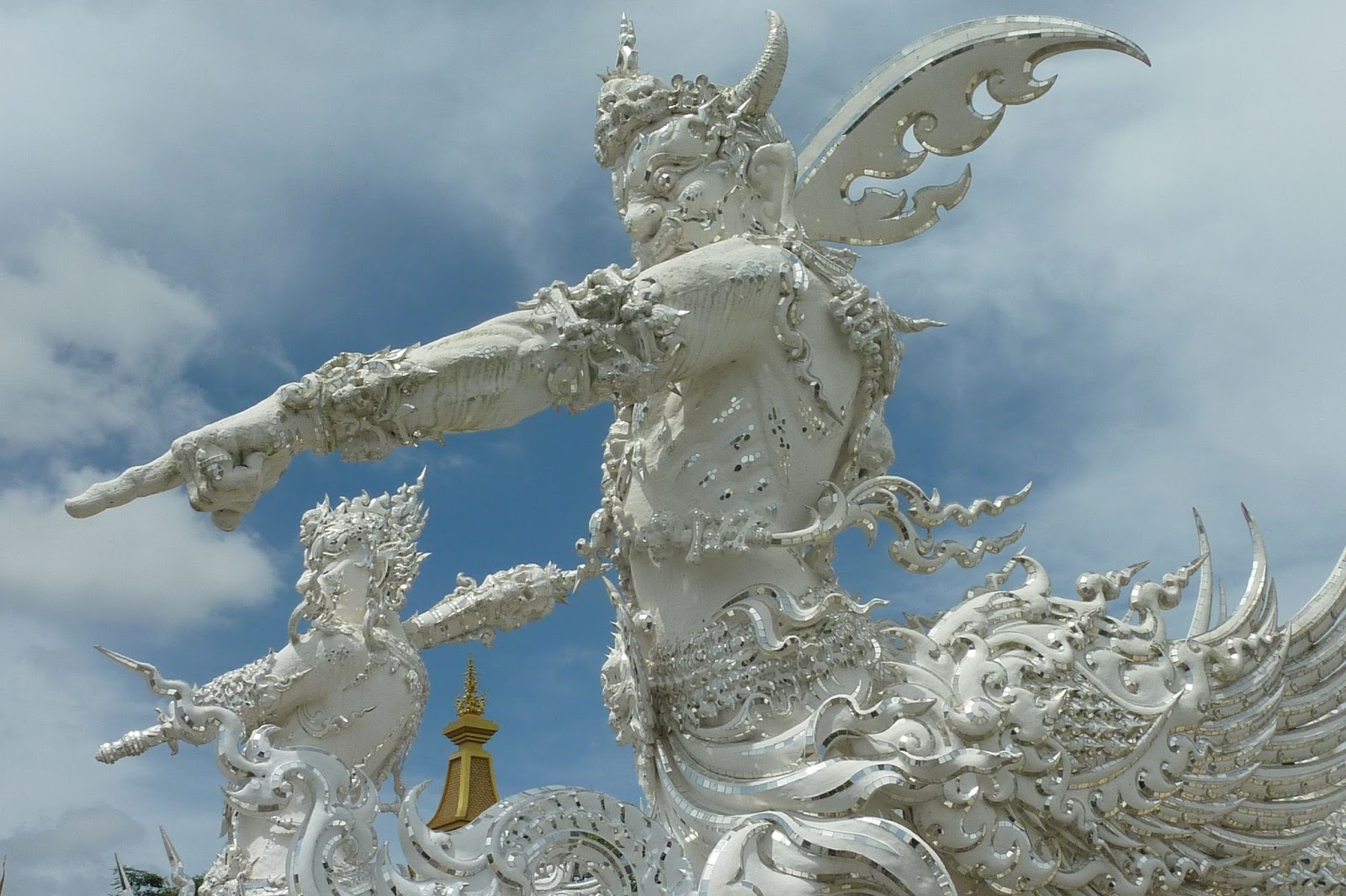 But this...this is upsetting. The White Temple—Wat Rong Khun—suffered damage during the quake.

That's an incredible place in Chiang Rai, created by Ajarn Chalermchai. I stopped by twice in 2011 during MariesWorldTour.com.

The temple can and will be repaired, as noted now by its creator.

I love the White Temple but have been a little confused by the earthquake. Isn't everything fleeting and impermanent, much like the huge fee I just lost to AirBnB for changing a long-term booking? Like the money I lost trying to get the leaking-oil-tank-house in Jersey City Heights? Like the story about the two monks at the river, one of which picks up and carries an old woman across? "I can't believe you touched that woman." "Oh, are you still carrying her? I put her down on the other side."

There is a headless ceramic zebra on my windowsill, to try to remind me that nothing lasts, things break, and little treasures are as impermanent as life itself. I'm currently letting go of my idea of a summer in Paris, at least for 2014. Maybe next year.

And like we see with the White Temple...nothing lasts. Including temple damage. You can even fix it.

I've put some photos of the White Temple in this Golden Triangle photo album from 2011. 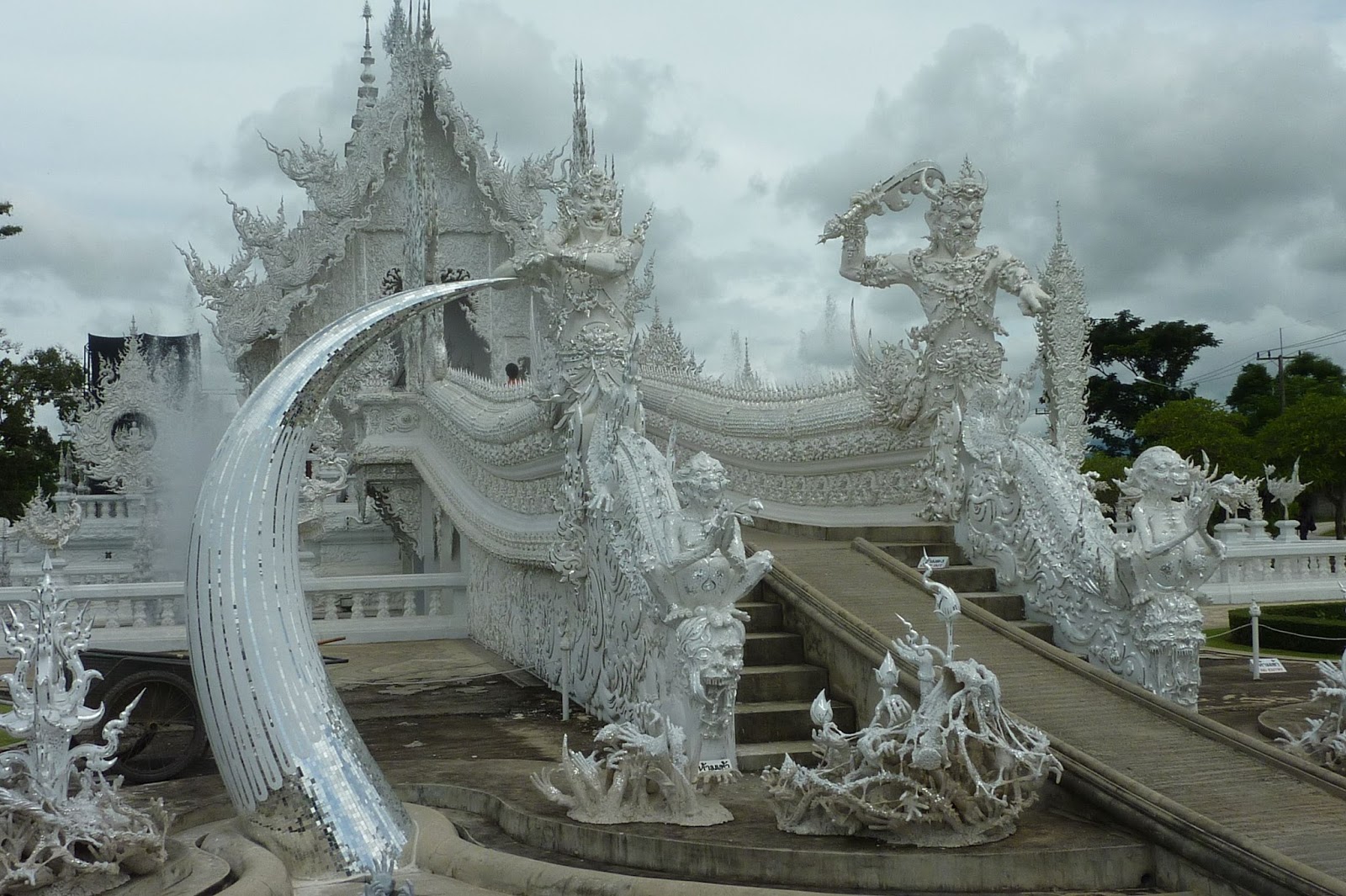 Posted by Marie Javins at 10:54 AM No comments:

The Slippery Definition of Value

So this shocked the hell out of me at Wondercon. 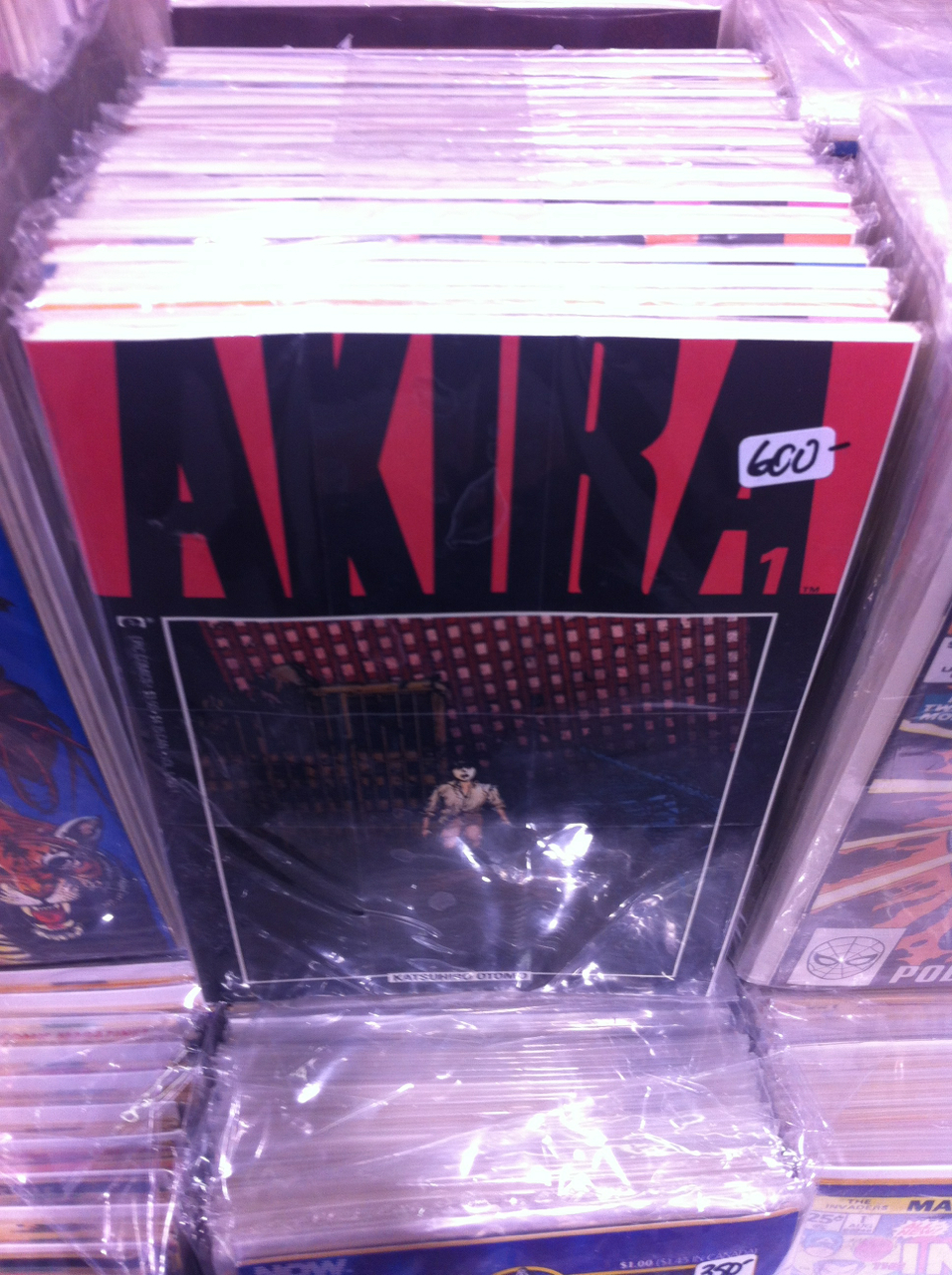 Do you have any idea how many of these I lost to mold during either the hurricane or the flood a few years before? How many I gave away over the years?

It's sort of like the number of Moebius books I've given away, or that Apple stock I forgot I'd had triggered to sell when it doubled...ouch.
Posted by Marie Javins at 10:52 AM No comments: 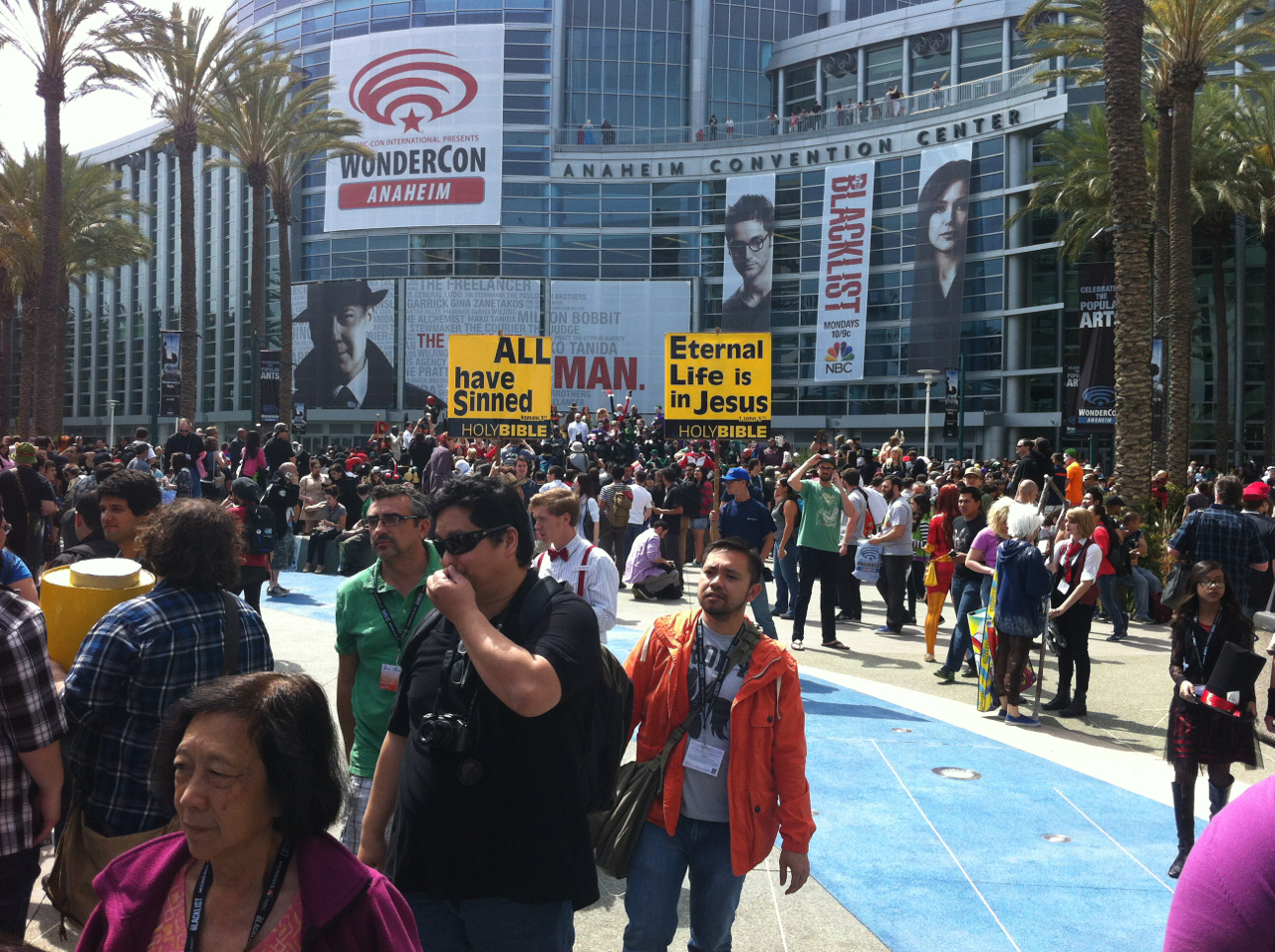 So what was I doing out in California a few weeks ago anyway?

I was there purportedly for Wondercon, but really just to catch up with my old friends, who I don't get to see very often. And a few new ones. Everyone is busy, and I didn't see them for long, but it was nice anyway.

When I initially booked the trip, I also had some idea that I should try to meet people in case I needed a job. When the company I'd been pulling a freelance (and sometimes staff) check from since 2006 shut down last year, I'd panicked a bit. But plenty of work fell out of the sky, and I got over my initial idea that I'd starve without a traditional job.

Hasn't happened yet, at least, and I've been bumbling by in various forms since I left my Marvel contract in 2001.

I'd planned to dedicate myself to writing my book about living in Kuwait and Cairo for the rest of the year, as soon as I finish up the ART OF book for Guardians of the Galaxy. But again, something fell out of the sky. And this one is going to kick my ass. Curse of the Hippo has to wait. Again.

Posted by Marie Javins at 8:03 PM No comments:

Here are a few photos to catch up on how the rest of my trip to Joshua Tree went. 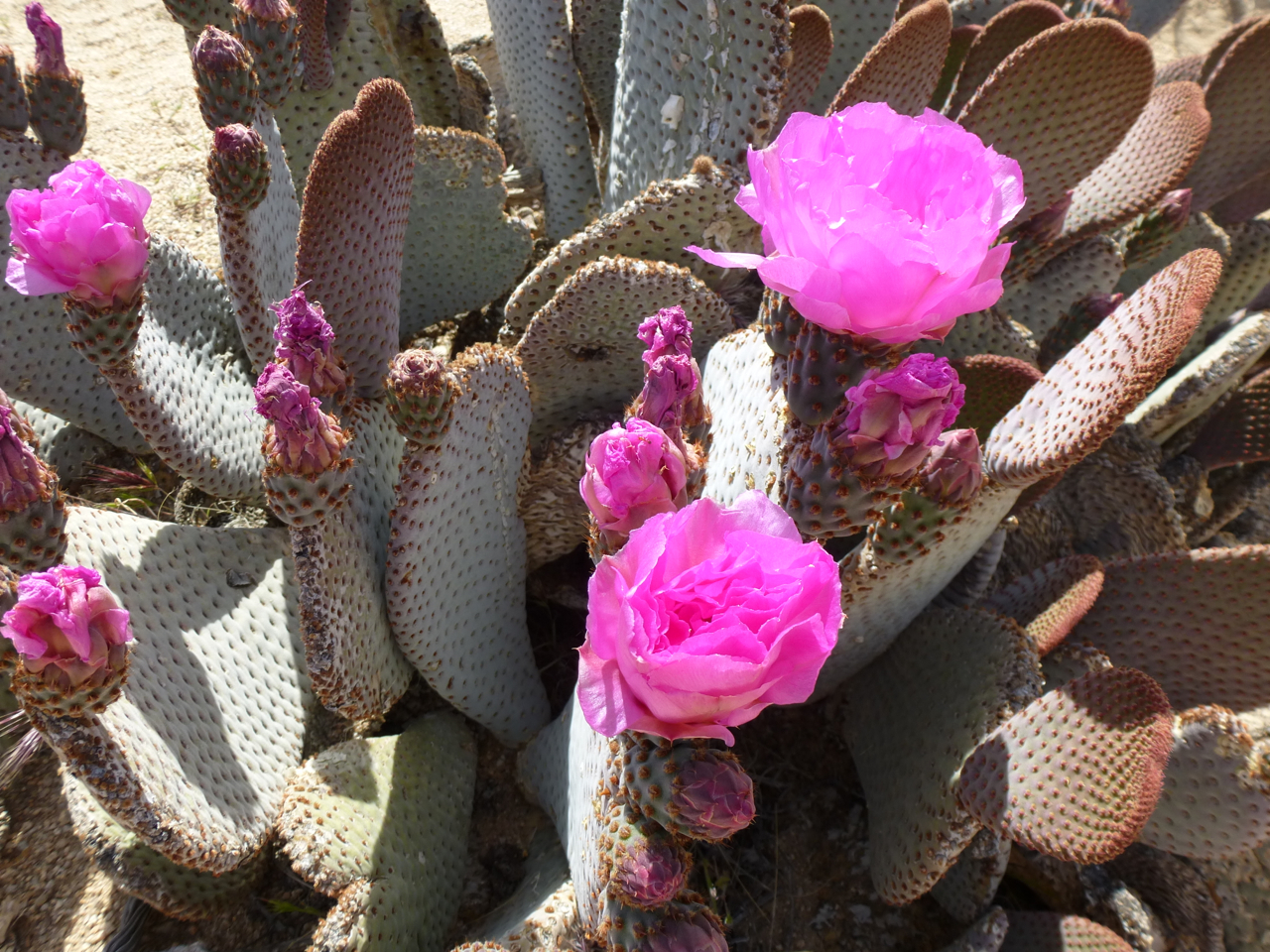 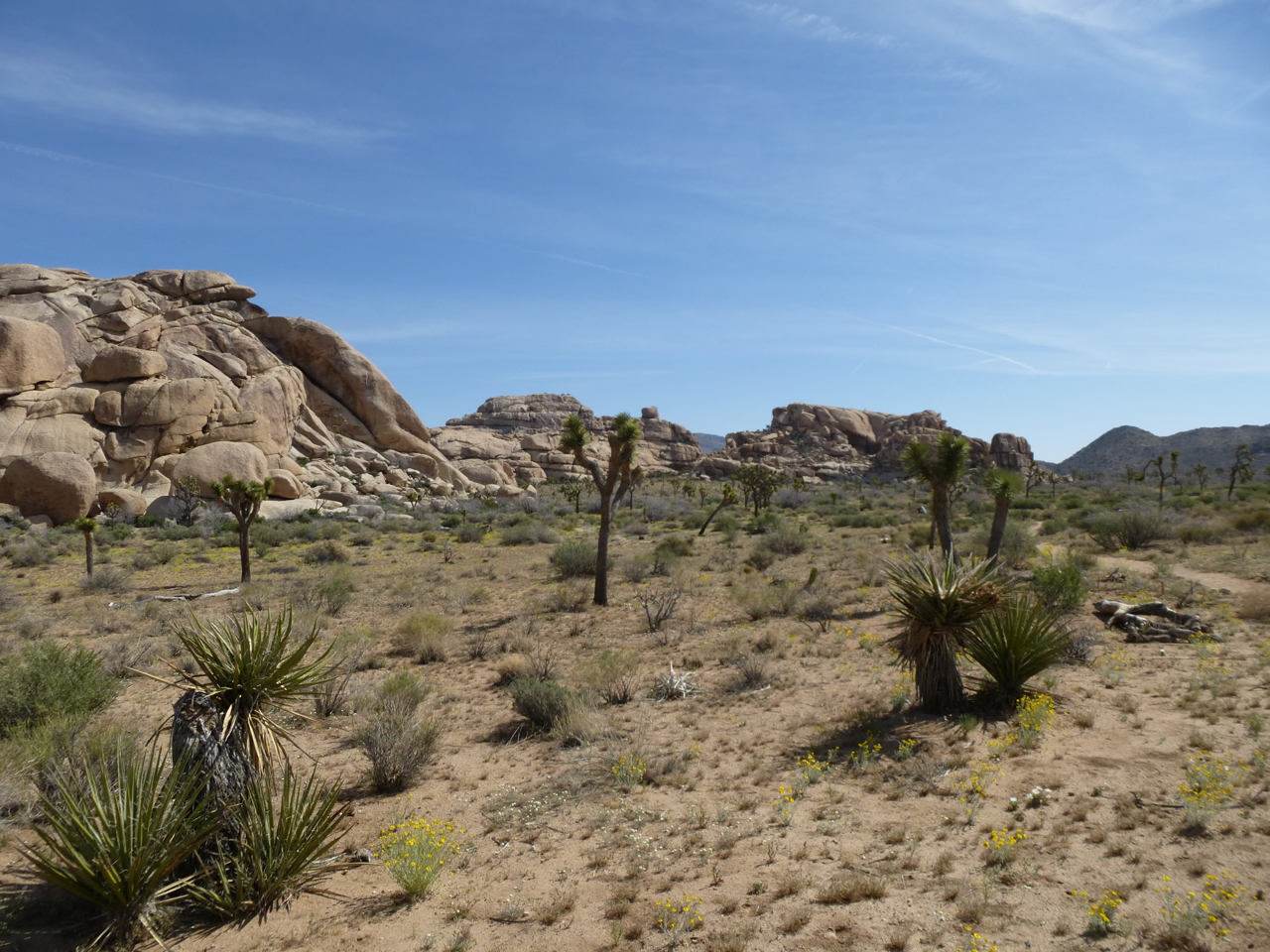 Posted by Marie Javins at 11:39 AM No comments: