I ended up renting to a friend whose husband, twin babies, and two cats had outgrown their one-bedroom apartment on my old block on Eighth Street. 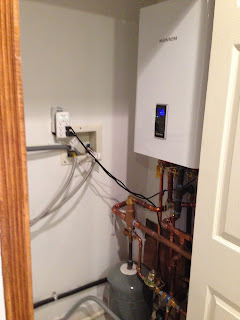 I closed in May 2015 during the last weeks of a massive work project, and since then, my house has gotten 21 new windows, new light fixtures, new locks, a brand-new tankless heating system, a new water heater (I could've had the heating system do this, but it didn't happen in the right order so I didn't know this was possible until too late), new bathtub fixtures, decorative stained glass off eBay, picture rails, a new roof hatch, some new stairs and new kitchen cabinets, appliances, backsplash, and new kitchen plumbing and electrical outlets. We also created a laundry closet with a gas dryer in a cubbyhole in the second-floor bathroom. Oh, and I had to convince the ground-floor tenant to leave. I had to give him some financial incentive, even. It's almost 100% certain that wasn't actually the "loan" it was couched as.

MK has done a ton of painting, sanding, yardwork, moving, and meeting with heating and window guys, while BBF started with grinding an old bicycle skeleton off the fence back in May, did a lot of that other stuff I mentioned, and finished with a custom windowsill and some kitchen moulding the morning the renters moved in. 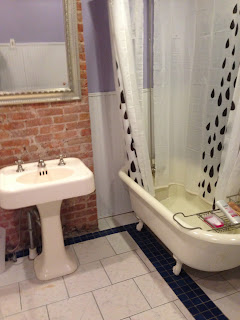 We didn't mean to finish quite so suddenly this weekend, and MK has to go back and paint the kitchen and a few other details on his mid-winter break from his teaching job, but we lost the previous weekend to the snow, and that meant an unexpected race to the finish.

I arrived on Thursday morning, used a Zipcar for a Home Depot run on Friday (my car is snowed in on First Street), did a lot of moving things and cleaning things while BBF did the skilled work that required someone who actually knows what they're doing. MK joined us early Saturday morning. A TaskRabbit spent three hours cleaning on Friday while I changed doorknobs, pulled plastic off of appliances, and moved things into my little downstairs cave.

The cats moved in while we were still working. I had a last-minute shellac explosion. We forgot one bit of kitchen moulding and some touch-up paint on the top-floor landing. I asked the new residents to paint the doors themselves. Kitchen windowsills have never been painted as quickly as they were on Saturday morning. "No, don't sand. Just paint it." I have no idea how to get all the nasty old laminate out into the trash other than a little bit at a time. 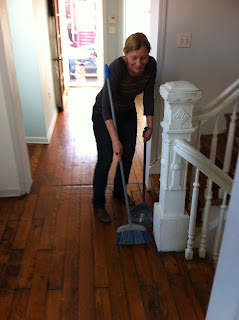 I have stucco guys scheduled to work in the spring. The back of the house hasn't been touched in what looks like decades, and the down spout is astray. And my little cave downstairs is only started, but my amazing helpers who stuck with me all the way through deserve a few weekends off to catch up on other things.

I have probably $10k in credit card debt to deal with, property taxes to appeal, and I need to get everything out of storage and into my little apartment, not to mention a line of new comics to launch and a department to oversee. But I'm giving myself a little rest too, catching up on things, taking BBF to the Grand Canyon next month, and not relentlessly texting MK for a while. I have super-nice, responsible tenants and my house will be used the way it should be used, by a family and cats, who will appreciate the newly varnished windowsill that gets the afternoon sun.

Here is a gallery of photos of the house right before the new tenants moved in.

And as soon as I catch a breather, I bet I'll start scouring the real estate ads again. Maybe I can find another place. Because, you know, everyone needs a hobby. 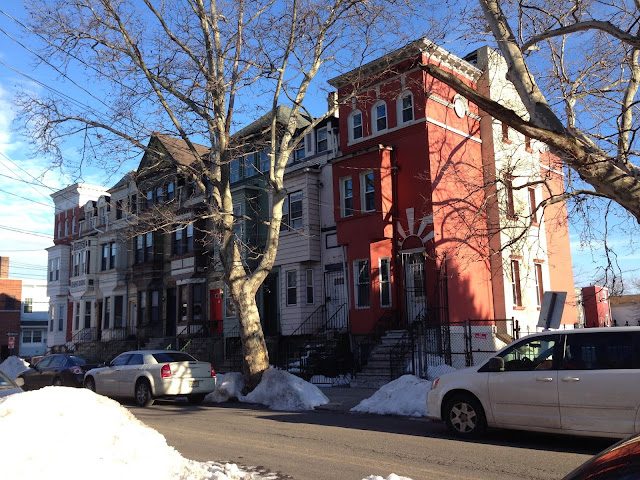 I hear there was some weather back home. 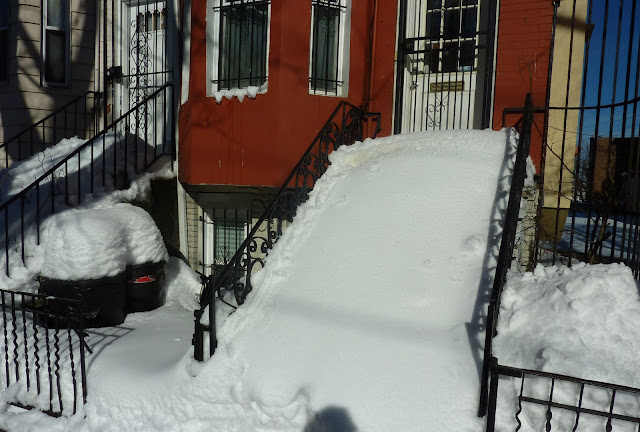 Up at the Observatory on a Saturday afternoon.

Or, as a friend put it, selfie stikh. 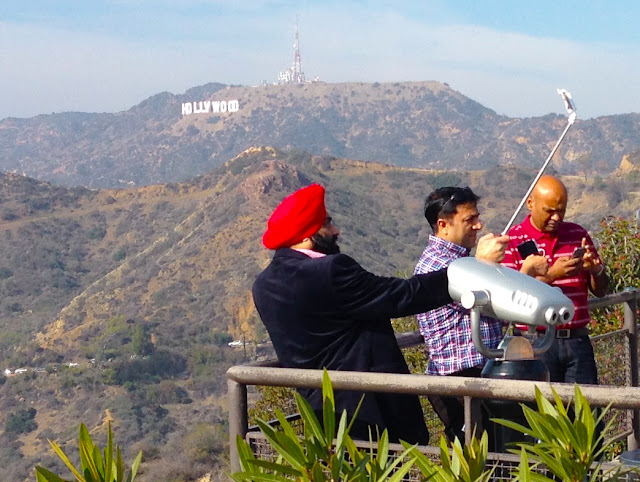 Posted by Marie Javins at 11:44 PM No comments:

Here it is! The new kitchen. And here is a link to the whole process. 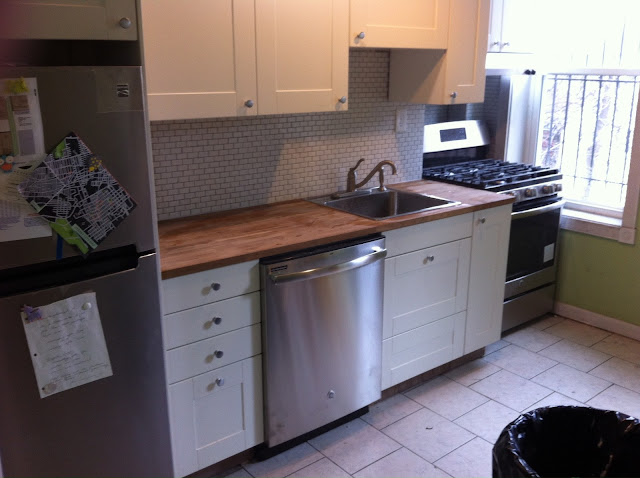 Posted by Marie Javins at 11:59 AM No comments:

I love the new backsplash. 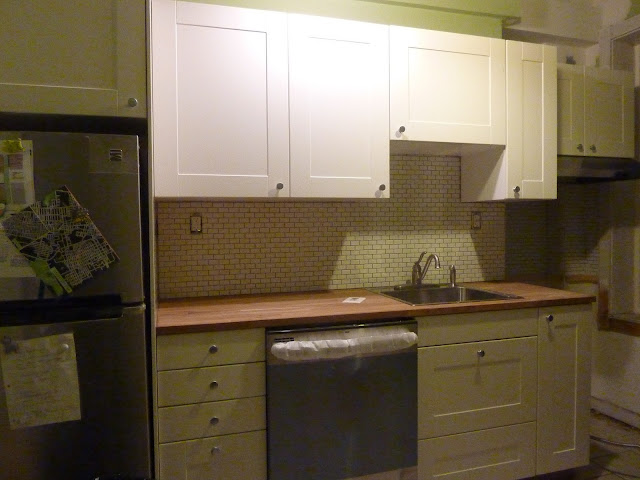 Posted by Marie Javins at 8:21 AM No comments:

When I bought my house back in May, I thought Well, the kitchen is okay. It's fine for now. 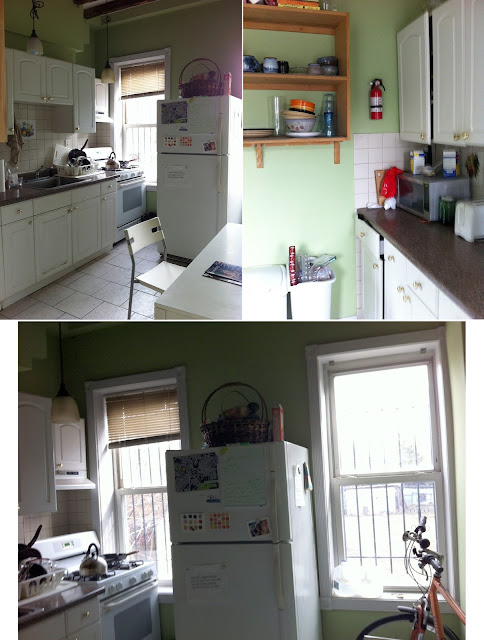 But then the more I looked at it, the more I hated it. When I'd moved into my last condo, I'd changed the knobs and that had made the kitchen okay for a while. But this wasn't okay. The kickplate was warped and deteriorated. The doors were grimy, the hinges loose on some. Everything was permanently filthy, and scrubbing improved this, but everything was still kind of disgusting. And like in so many Jersey City older kitchens, there was a giant refrigerator dominating the room.

I asked Best Boy Friend if we could change the kitchen. He warned me not to—kitchens are expensive. And so I thought, okay, we'll leave it. That lasted a few months. I got the oven repaired, asked MK to use the hair dryer to pull out the gross old contact paper and paint the worst offending door.

It was less gross, but still gross.

A few months later, I tried again "What if I just changed this and didn't move any plumbing?"

Read more »
Posted by Marie Javins at 3:11 PM No comments: