I'd visited several art stores on my whirlwind race around Jacmel, and now, as the end of the day approached, I left dance practice at the arts center and hurried back to see Charlotte and her paper maché horses.

I don't know how I knew that Charlotte was the one to stop and talk with. I saw her sitting in a park, working on a piece, and she was like a magnet. I realize that sounds ridiculous, but some people just have "it," whatever "it" is. I brush by a lot of people. Not this person. I stopped and greeted her. She showed me how she works.

I stopped to talk to her and took a few photos, then continued my town tour. 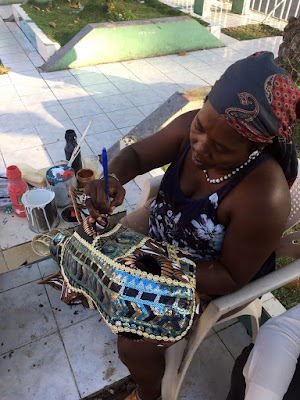 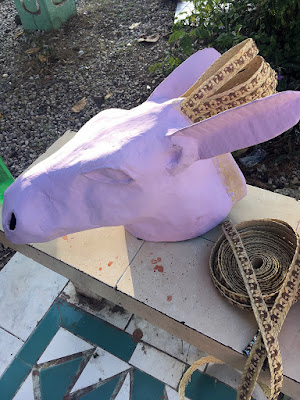 Now, as dusk approached, I hurried back to get a piece from her before she closed her shop. Tomorrow was protest day, so nothing would be open as everyone would either be out protesting or behind closed doors, and Monday morning, I was heading to Port-Au-Prince.

Charlotte was about to close up shop and head home, so I quickly chose a horse and a chicken. She spent several minutes polishing them both, taking pride in her work, and packing them carefully in paper packing materials. I hope they make them home.

A teen boy came by and lit her work with his phone light as she packed the sculptures. She told me how skeptical family had been of her career in the arts. She told me about managing a refugee camp after the 2010 earthquake. She was fierce, ready to take to the streets for the rights of others. Later, I'd learn she'd been the subject of documentaries and articles. She's a great spokesperson and tremendous advocate for rights of young people and women.

Here are some photos from my Saturday of traveling from Cap-Haitien to Jacmel. 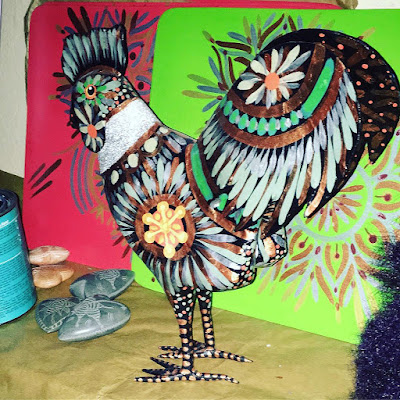 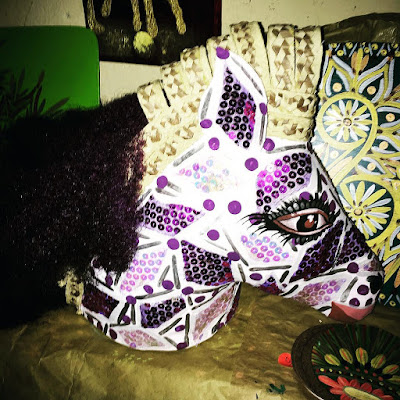 She does beautiful work.