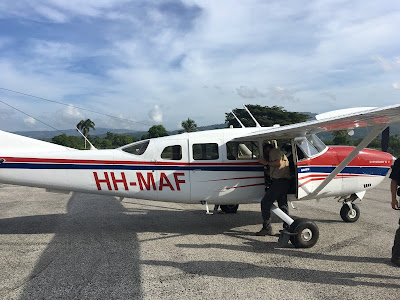 When I checked out of the hotel this morning, the clerk laughed and said "See you soon."

"God, I hope not," I said. She was a nice clerk, but my thwarted attempts to leave Jacmel for Port-Au-Prince during a countrywide general strike had a Groundhog Day-like feel to them.

This was getting old.

I walked to the corner and hailed a moto-taxi using just a slight tip of my chin. I'd only been on a few motorcycle taxis in Haiti, but they work the same all over the world. I used to take one from town to my bungalow every night in Ubud for the month I stayed in Bali in 2011. And of course, I took them frequently in Kampala when I stayed there in 2005. And, you know, in other places too.

I was off to Jacmel's airport, just an airstrip and a building, really. The moto-taxi driver hand-signaled to get into the airport, so I paid the man 30 gourdes instead of 20 for his extra safety efforts. (He'd had to dodge a few smoldering tires where the protesters had been, so I probably should have tipped him more).

The pilot walked up to me at the airport security checkpoint. "You're Marie?" He was an earnest young American man, but what else would you be when you're a pilot for Mission Aviation Fellowship? We brought along one of their employees who had gone to Jacmel and become stuck there, just like me.

The six-seater held a pilot, a co-pilot, me, and the employee.

We took off, rising quickly over the sea and then turned back around to fly over the town.

Good-bye, Jacmel! You are lovely.

After days of trying to get over the mountain in a two-hour long bus ride, the $274 private plane journey took 15 minutes.

And came with spectacular views. 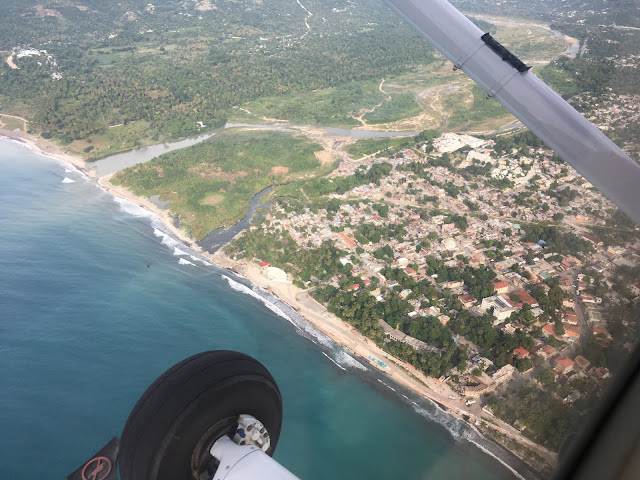 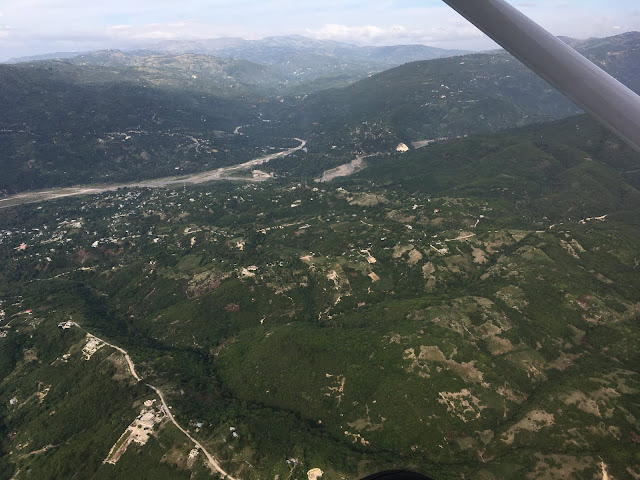