The flight from Miami to Cap-Haitien, the second-largest city in Haiti up on the north coast, took two hours. But there is a tremendous difference between the population of first- and second-most in Haiti. The population of the PAP metropolitan area is about 2.6 million, whereas the area around and including Cap-Haitien has about 250,000 inhabitants. Not even close.

Flying into CH with its huge bay surrounded by mountains really was a soft landing. I never felt unsafe there, aside from recognizing how hard it would be to drive among all the motorcycles, 4WD trucks and SUVs, chickens, pedestrians, goats, scooters, and tourists.

"They really should make moto lanes," mused the hotel owner's son a few days later when he was driving me to the airport. 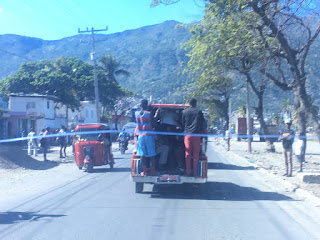 It's not impossible—I remember seeing those in Bamako, where they seemed to work pretty well.

Anyway, the hotel's driver, Ronny, was waiting for me at the tiny airport, and so was my backpack. No one even asked if I needed a taxi. Ronny doesn't speak English, but we spent the ride with him trying to teach me Creole. The only word I retained was "sole" for sun, because I already knew it.

The roads were dusty, potholed, and stunk of exhaust fumes. We saw colorful taptaps, covered pick-up trucks which function as public transit, as well as minibuses. Ronny was a safe and skillful driver, always looking for potential surprises. We stopped along the way outside a school, long enough for his daughter to run out and get lunch money, then headed to the back of the town, where we entered a tiny alley, barely wider than the truck. 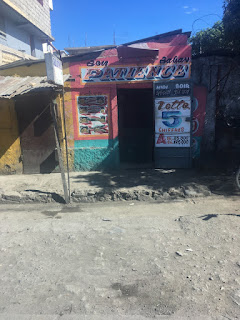 "This is our hill?" I was stunned. I'd read the hill was a doozy, but I didn't expect it to be quite so obscure.

Ronny laughed and gunned it up the hill, past families and dogs and little stores. At the top, there was a final switchback that led us to a plateau.

And that is where a lovely colonial house sat, converted into a hotel with additions. I checked in with James, the hotel manager and owner's son, and then wandered up to my mid-range room. (Hotels are relatively pricey in Haiti, and the scale of what is and isn't a bargain is different from touristed destinations. It's like West Africa in that way.)

I tossed my bag into my room, checked out the view, and caught a lift back down into town with James.

And what a view it was. 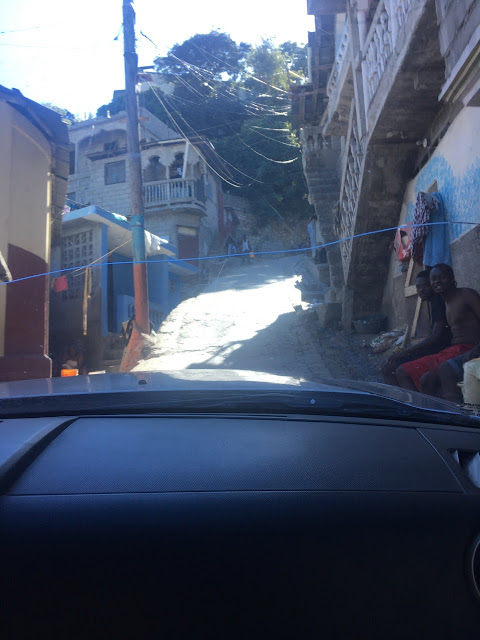 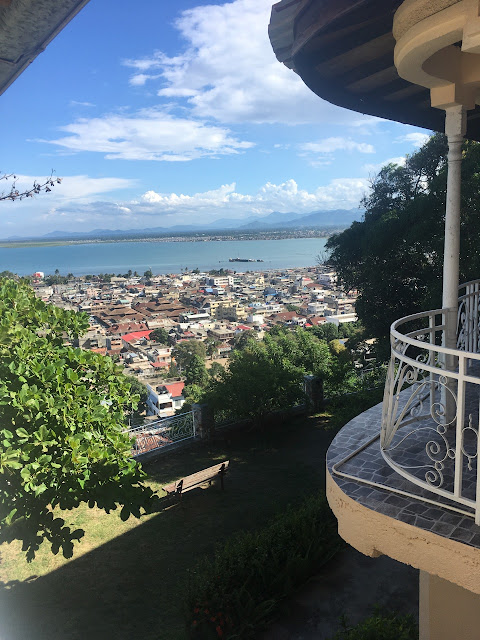 The steepness of that hill feels like something out of San Francisco, but that view! Wow!