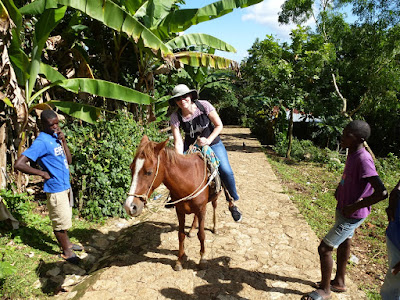 Cap-Haitien is the second-largest city in Haiti, but it's really quite small compared to Port-Au-Prince.

I stopped here to first see Citadelle Henry, a massive garrison built in the early 1800s. Perhaps the intimidating fort did its job well. No one attacked it and thus it was never used for its original purpose.

James, the hotel manager, had told me what to pay everyone involved in getting me up the mountain to the fort (aside from the hotel driver, I mean).

First, it was five dollars to get in. The hotel covered that as part of its $40 fee for the day. I guess that makes it $35.

Second, I had to pay ten dollars for the horse. 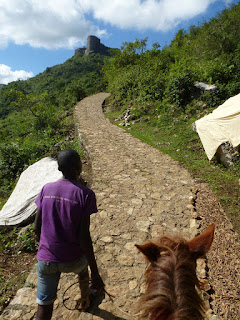 Of course, I would rather wander around the site alone and take photos, but sometimes a guide is not so much about getting information as about participating in the local economy. So I got a ten dollar guide and a horse (whether or not these are happy, healthy horses is a matter of some debate), two boys to guide the horse (I can ride a horse, but again, this is part of my responsibility of being a tourist), and off we went from "second parking," which is as high up the mountain as you can get in a vehicle.

Macho, one of the horse guides was taking Spanish in school. The other guide was taking English. My French is godawful, and my Spanish might even be worse, so we were quite the ridiculous team going up the mountain. The guide spoke some English, but he took the shortcut up over boulders while we trotted along the path. 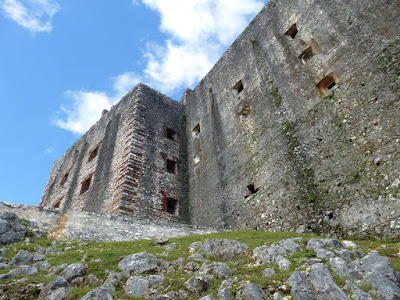 The boys told me the horse's name was Toyota. I asked if the other horses were named Honda, Mercedes, Ford, Isuzu...Macho said "Non. Honda, Nike. Like that." I said "Like Pikachu?" He thought I was very silly then. As if a horse named Pikachu is more silly than a horse named Toyota.

The ride up was pretty harmless. For me. Toyota was working hard. The ride was short, maybe 15 minutes? I didn't time it, but it didn't take long at all.

I've posted some photos of the experience. Going down on the horse was also no big deal. I'd been dreading this, but it was nothing. Even the supposed mob scene of souvenir sellers wasn't a big deal. A firm "no thank you" helped, but what really did the trick was a car full of tourists pulled up just as I arrived and handed off my horse. 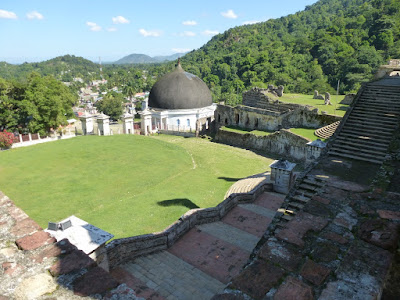 Ronny the driver took me to a hole in the fence at the to of the Sans Souci ruins. Baffled, I look at him inquisitively. He told a kid to show me the hole in the fence. "I meet you at bottom."

I climbed through the hole in the fence and meandered around the Sans Souci ruins. No souvenir sellers, no wannabe guides. It was lovely.

At the bottom, by the office, Ronny was waiting for me. We drove back to Cap-Haitien, where I tried to ask him to drop me at the coffee and croissant place. I was unable to figure out how to make myself understood, so finally I said "Lakay." That's one of the town's top restaurants, where I sat and nibbled at a chicken sandwich until finally, I wandered through town a bit more, then began my ascent of Everest. 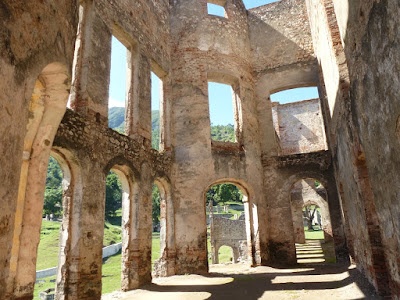 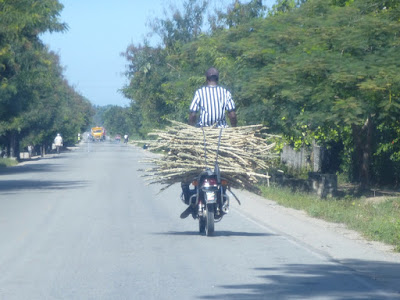 The fort and the ruins are very impressive!