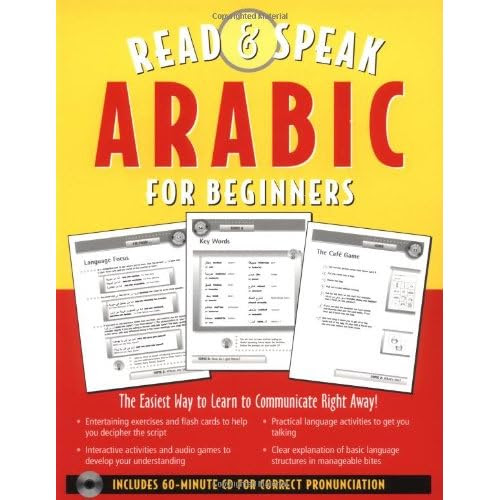 Proxima! I called out to the minibus driver to let me off at the next corner.

Was I in Panama? Peru? Argentina? No, just Jersey City. The private minibus had come before the NJ Transit large bus. Kraiger always takes the little bus, though the clientele and drivers are mostly Spanish-speaking. He'd told me how to take it, and described its route. There is no website or fixed schedule. There are not even fixed stops. It stops when a passenger flags it down.

I walked from the bus dropoff to Hudson County Community College for my first Arabic lesson. The 20-student class included a man from Brazil, three women from Guyana, a woman from Honduras, and a man from Hoboken. Our teacher was an Egyptian professor.

I got a little stuck on the last sentence. The other words mean: My name is Marie, I live in the state of NJ, I am from Virginia. The last thing we were to say was where we work. I stumbled a bit and managed to blurt out something that might have meant I work in my house, for a company in Kuwait (it seemed to be too much of a stretch to get into "And I color comic books and I write books about roaming the backroads of large sections of Africa").

Class was three hours. I walked back downtown, because I wanted to go by a Vietnamese supermarket on Newark Avenue. Sweet chili sauce is only a dollar a bottle there.

There were carryout noodle dishes by the cash register.

The Vietnamese ham looked like brown lunch meat, but at $3, the price was right. 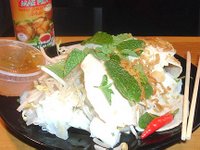 I walked home from Arabic class with my Vietnamese noodles. The minibus full of Spanish speakers passed me as I went back to my block of thick Jersey accents. I'd expect nothing less from one of America's most culturally diverse cities.

Maybe for my next grand tour, I'll just let the world come to me and will take the bus around JC. It sure would be cheaper than going around the world again.
Posted by Marie Javins at 8:35 AM

I wonder how you say "dik-dik" in Arabic.

That "ham" may be the famous Vietnamese bologna. Now I'm wondering if they have banh mi, the amazing Vietnamese sandwiches. I had one at dawn in Honolulu with some of that extra-strong Vietnamese coffee with condensed milk, and I was ready to roar for hours: slice of pate, homemade mayonnaise, shredded daikon radish, shredded carrot, shredded jalapeno pepper, cilantro, all on a perfectly crisp baguette roll.

I know nothing of bologna, but I can vouch for the baguettes and coffee in Vietnam. Incredible!