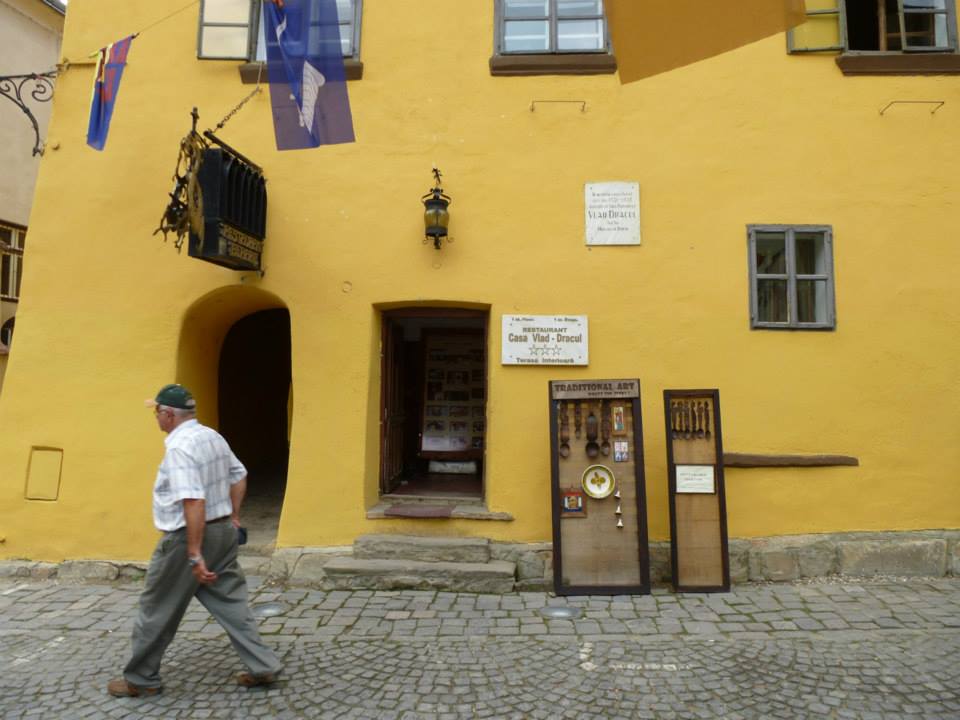 I crossed the bridge over the Târnava Mare River, and looked for steps up the cliff to the medieval old town of Sighișoara, Romania. I'd boarded the train in Budapest and disembarked in the morning mist in the Transylvanian hometown of Vlad Tepes III, better known in pop culture as Vlad the Impaler, son of Vlad Dracul.

Just after eight, I climbed up to the town and followed a cobblestoned path around the clock tower, past the spot where Vlad was born, and entered a square called Piata Cetatii.

The cobblestones were surrounded by buildings in greens, pinks, and golds. The morning was chilly, and I pulled on the pathetic excuse for a sweater I'd worn on the plane. It's really just a crocheted shawl, not very useful, but better than nothing. 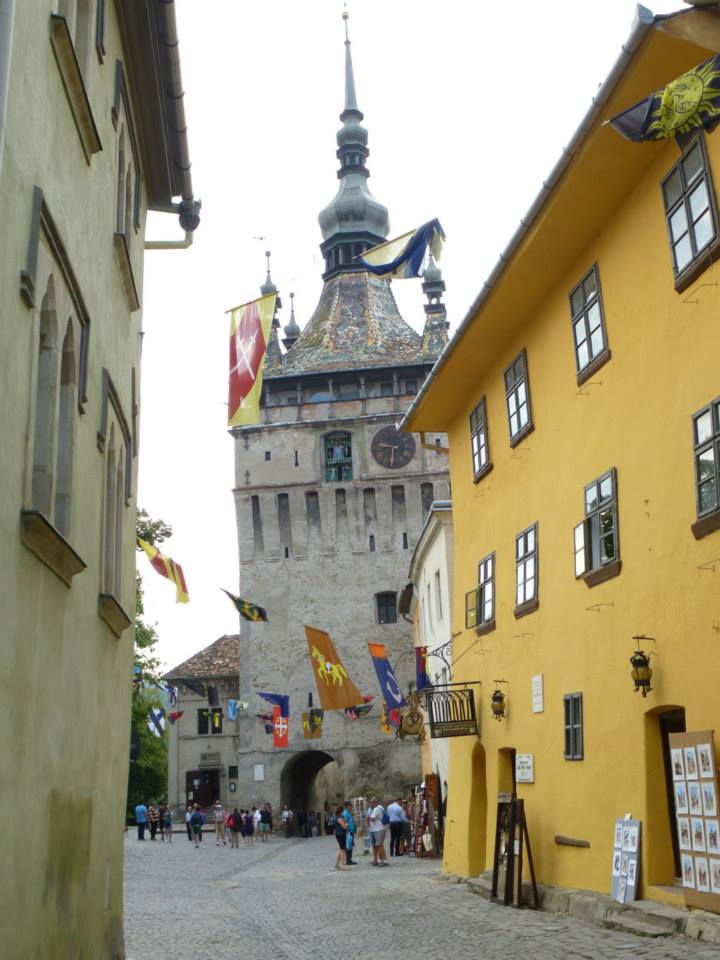 I sat down at the only cafe that was already open, one attached to a guesthouse, and ordered an omelet and coffee. I had plenty of time. The old town is small, quaint, and I didn't have to be back at the train station for three hours.

After breakfast, I followed the old village fortified walls around the outskirts of town. You can't exactly follow them completely, as there are houses and buildings in the way, but I was able to walk near them, stopping in at lookout towers and gates as I went. An old man with a cap and a cane stopped under one gate to greet and old woman wearing a headscarf and carrying a small sack of groceries. These were the people who had lived through massive changes during their lifetimes. I imagine they were in their eighties, which would mean they grew up during the second war, then lived under the Soviets, and finally saw that collapse in 1989.

I reached the highest point in town via a long covered staircase up a hill. Phew. That took a while. It was like having to work at getting your good view.

Finally, I was back at my starting point. I gazed up at the starting point, then started my hike back to the train station. Next stop: Brasov. 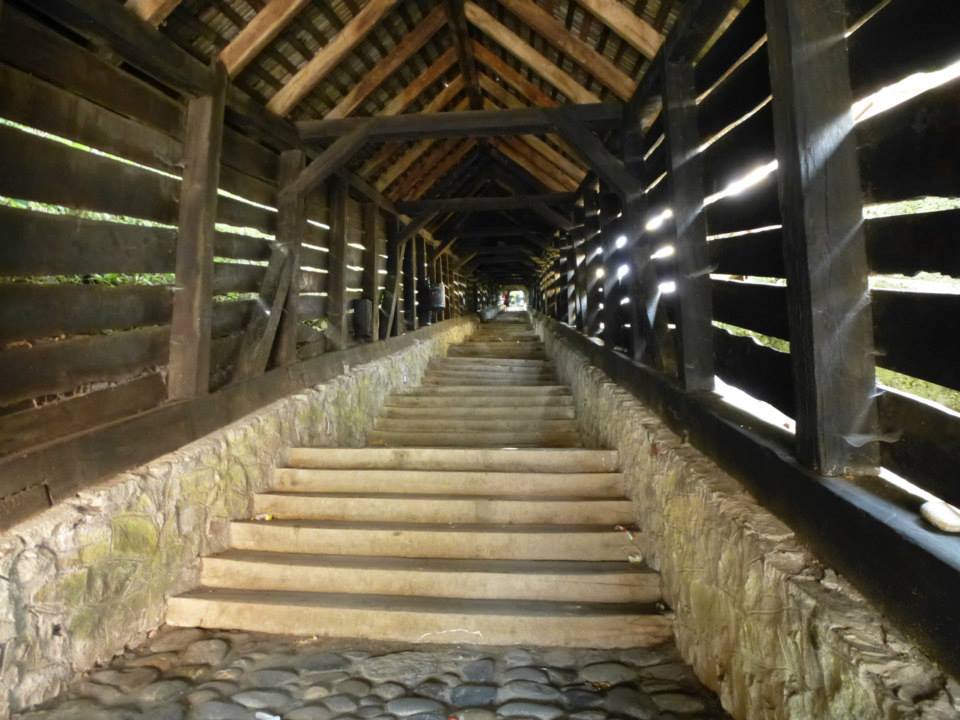 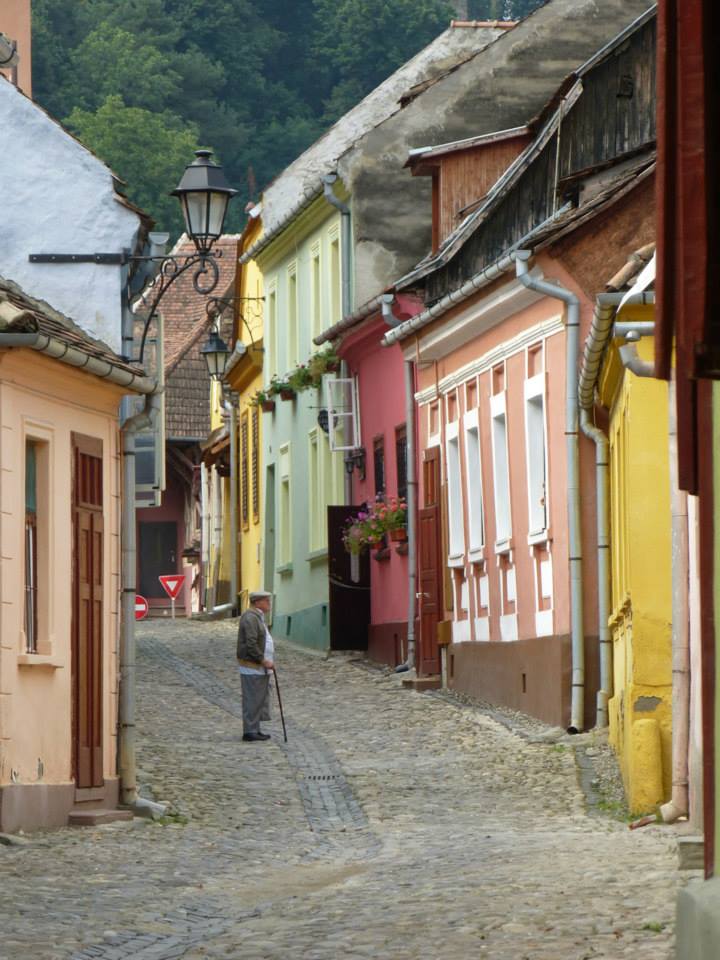 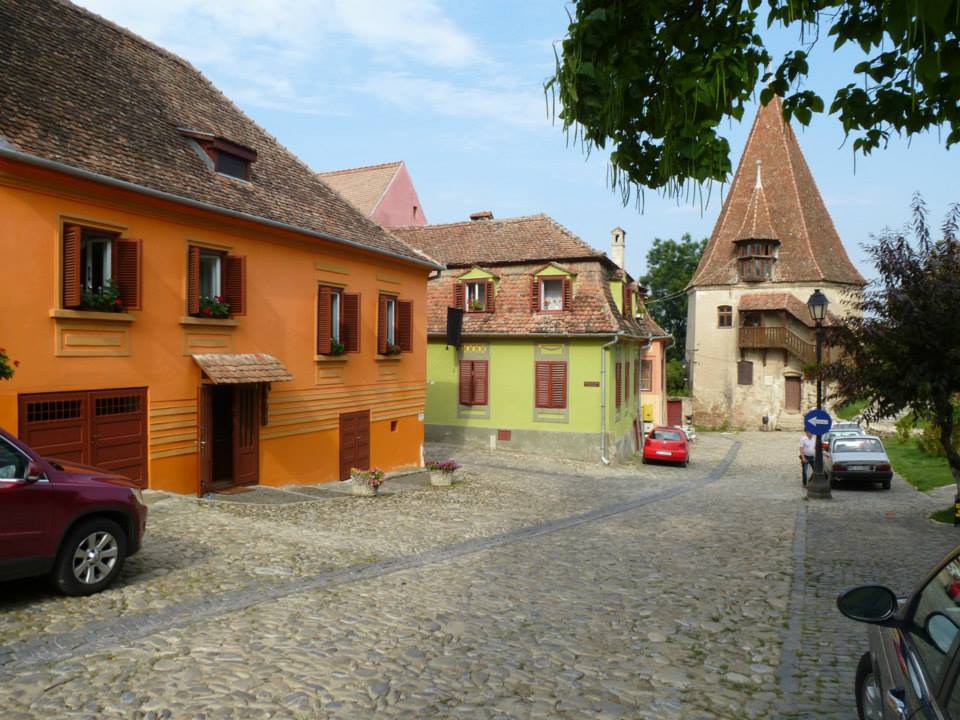