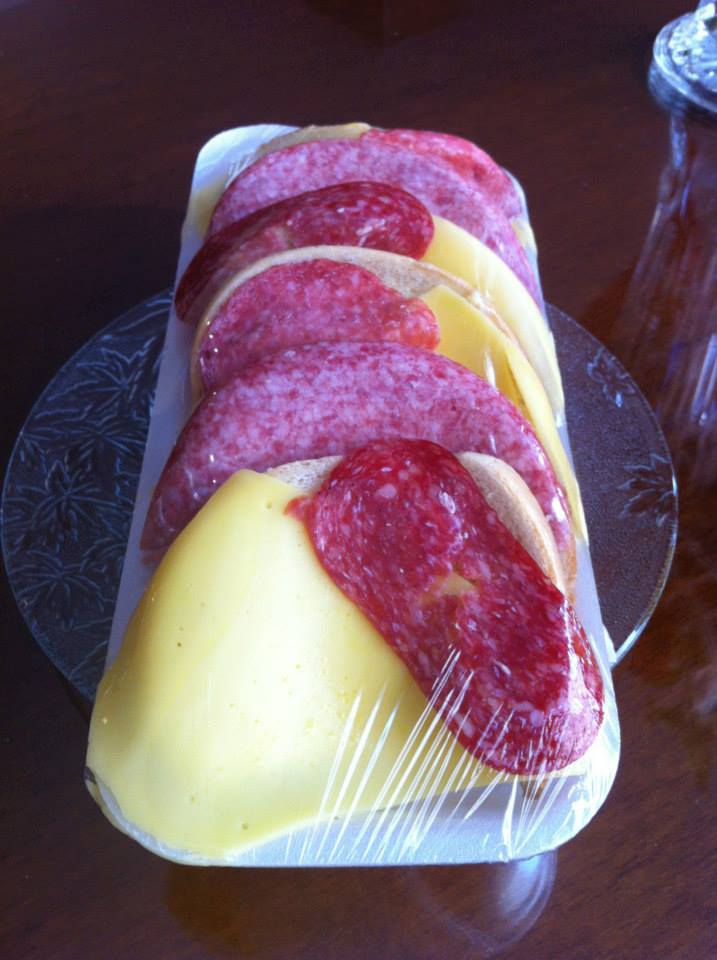 The hotel breakfast was nothing special, I knew, from reading reviews on TripAdvisor. And so when I encountered packaged bread, cheese, and salami along with pod coffee, I was actually pleasantly surprised.

My laziness stopped me from wandering off to look for somewhere else that was open. I had abandoned my "no bread" style of eating a few days ago. It was just too hard on the road.

I'm not sure how I can ever travel the way I used to if I don't eat bread. Everything is bread bread bread except pasta which is also bread-y...it's is just energy and sugar, which I suppose has its place in travel. But it's ultimately not the best idea to eat sugar and energy all the time. Except when you're eating a form of potato. That's a also big on the road. It makes me miss camping with a car and a stove, or being on the road in Thailand, where you get all kinds of interesting meals even at the crummiest bus stopover.

I ate the Lucky Hotel breakfast, then headed out to find enough coffee to stop the incoming caffeine-withdrawal headache. I walked away from the fortress and around the big U, a road on a ridge around a river and island below. I picked a restaurant and went in to get a latte.

What a view. Veliko Tarnovo is kind of out of the way of my regular orbit, but it sure has great views. 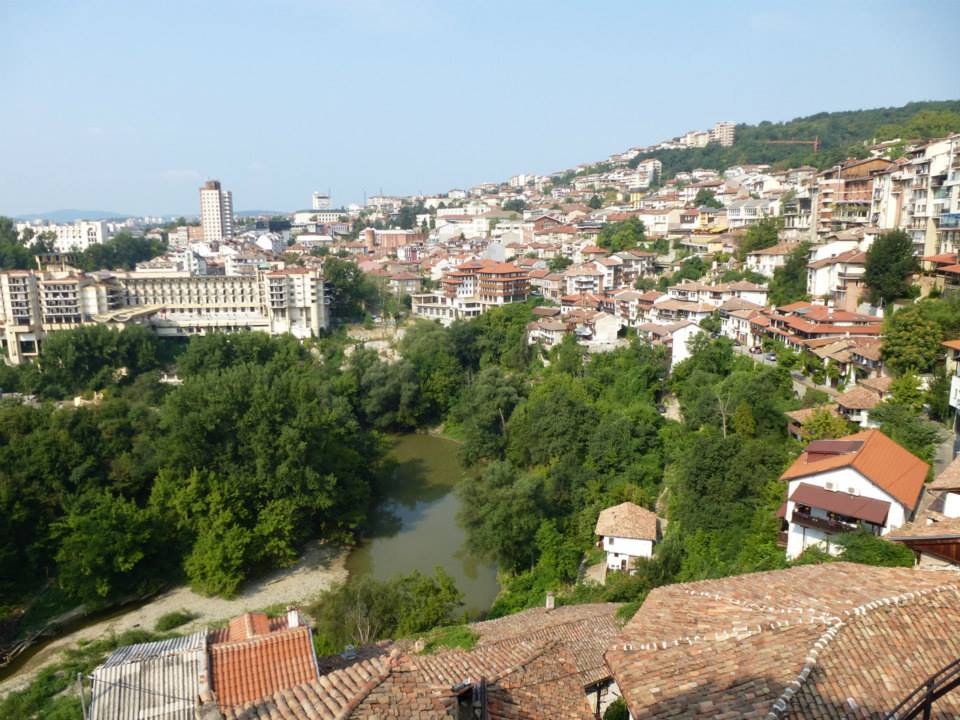 Feeling a bit better after my coffee, I headed to tourist info, which wasn't so info-y at all, then found the bus station to buy my onward ticket to Sofia. There I learned about the buses that leave from the center of town. Great! That meant I could just walk from the hotel to the bus tomorrow instead of looking for a taxi. I got my ticket for 0900 and went to visit the town.

I'd thought about stopping in Bucharest and spending only an evening and a morning here. I didn't know if that was the right choice, having not seen Bucharest at all, but this was such a nice place it was hard not to jump to conclusions. 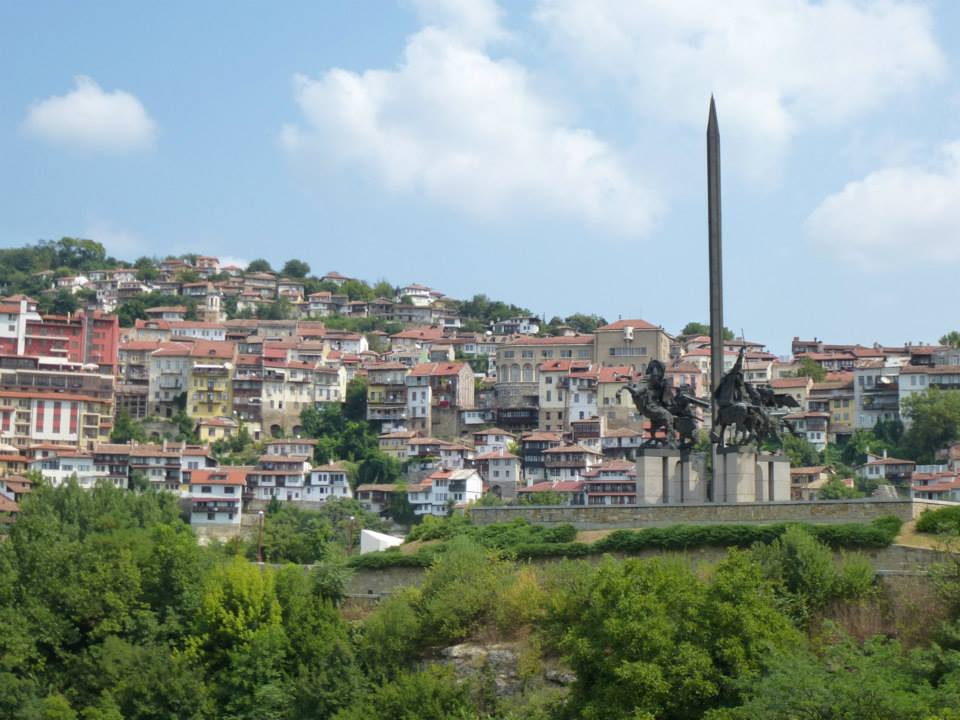 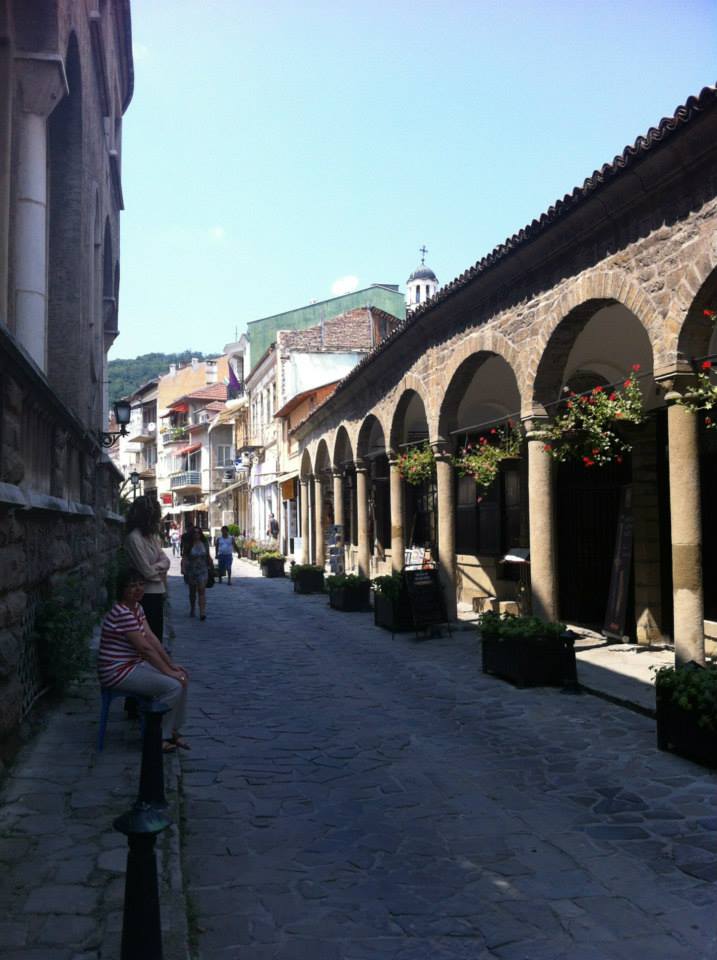