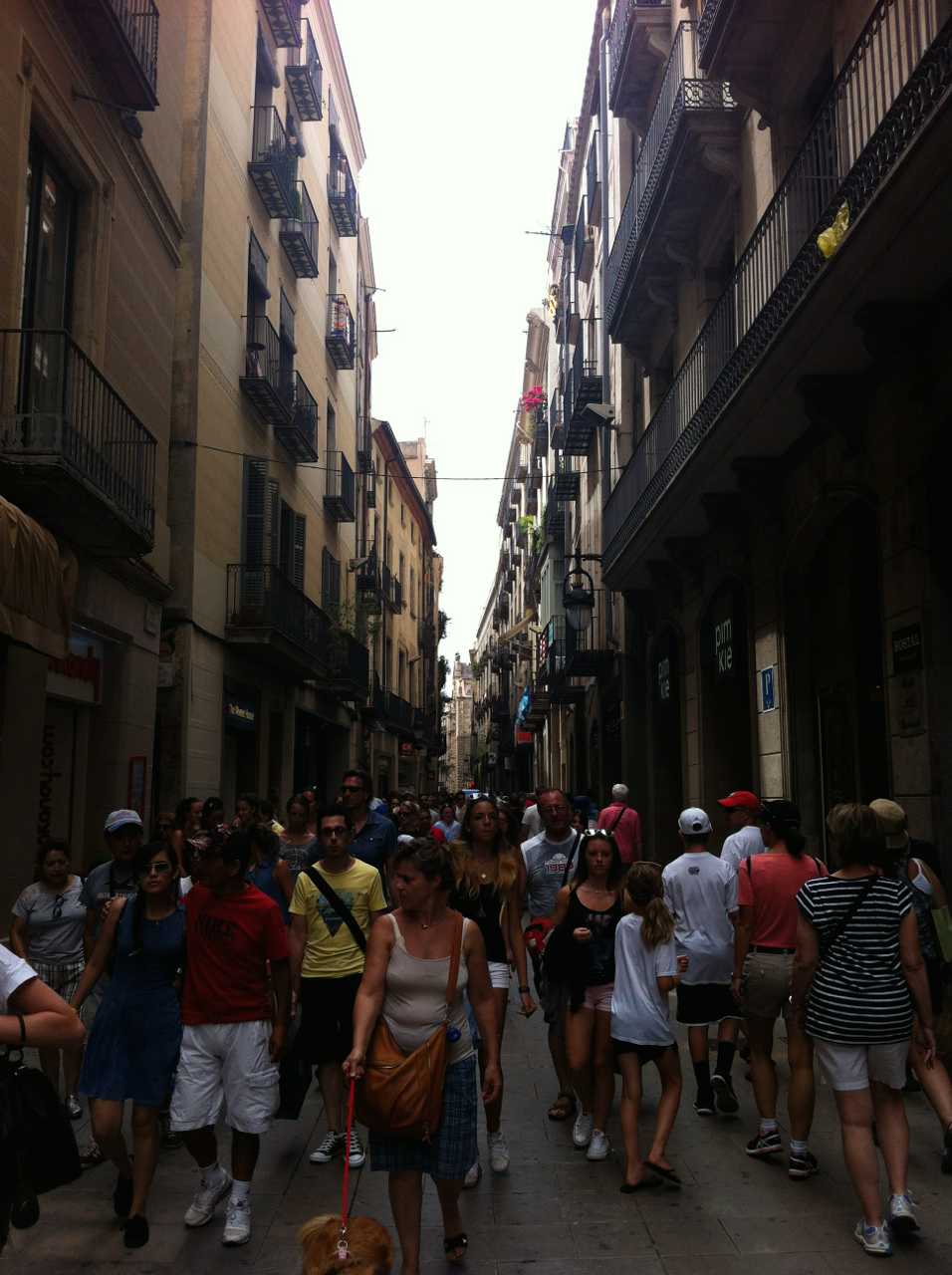 Noooo! My shopping expeditions in Barcelona were a bust.


The caganers were of a terrible quality this time. If I'm honest, they were last time too, but I bought some out of habit. I suspect that the popularity with tourists has caused a kind of caganer gold-rush, turning out um, shitty caganers as quickly as possible. I'm backing out of caganer collecting except when I see high-quality ones from now on.

Then the shop with the Bionic sign above it, which never really was called Bionic but I suppose it's to do with commercial changes you can make in the Gothic quarter, is closed for good now. I bought clothes I wore almost every day in Kuwait here at this shop, when I was en route and desperate for something with long sleeves that was too frumpy-modest.

I could buy clothes on Etsy from the couple that ran the shop now. But it's not the same without trying them on. 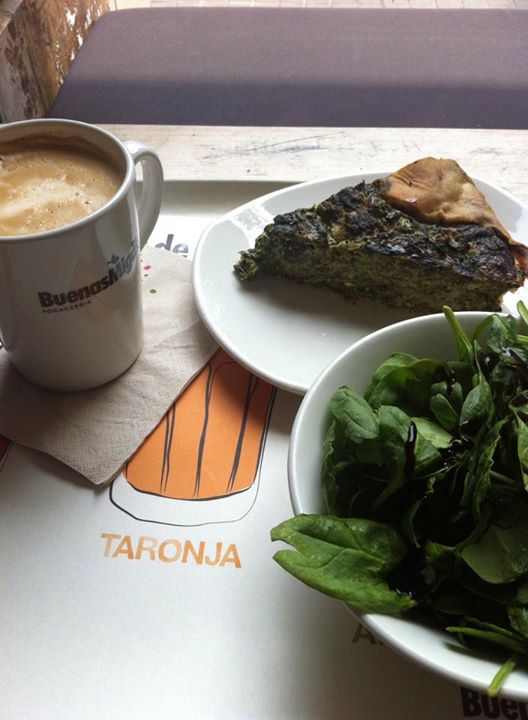 Plus one of my other go-tos, On Land, was closed for summer vacation.

And Tomo II, where I'd picked up a lot of inexpensive shirts over the year, was closed permanently as well. That one at least had a second branch near the train station, but I didn't find anything there I wanted to buy.

One new addition was Fete again has a store in town, so that's a bonus. I used to get their stuff all the time until their shop closed some years back.

I didn't buy much, and what I did buy from Fete and Anna Povo is a little too big, and I keep believing I'll have the time to take the shirt in. I made a special trip (with my T10 metro card) up to the Skunkfunk Outlet, but even the stuff I've bought at home from them never fit me quite right. 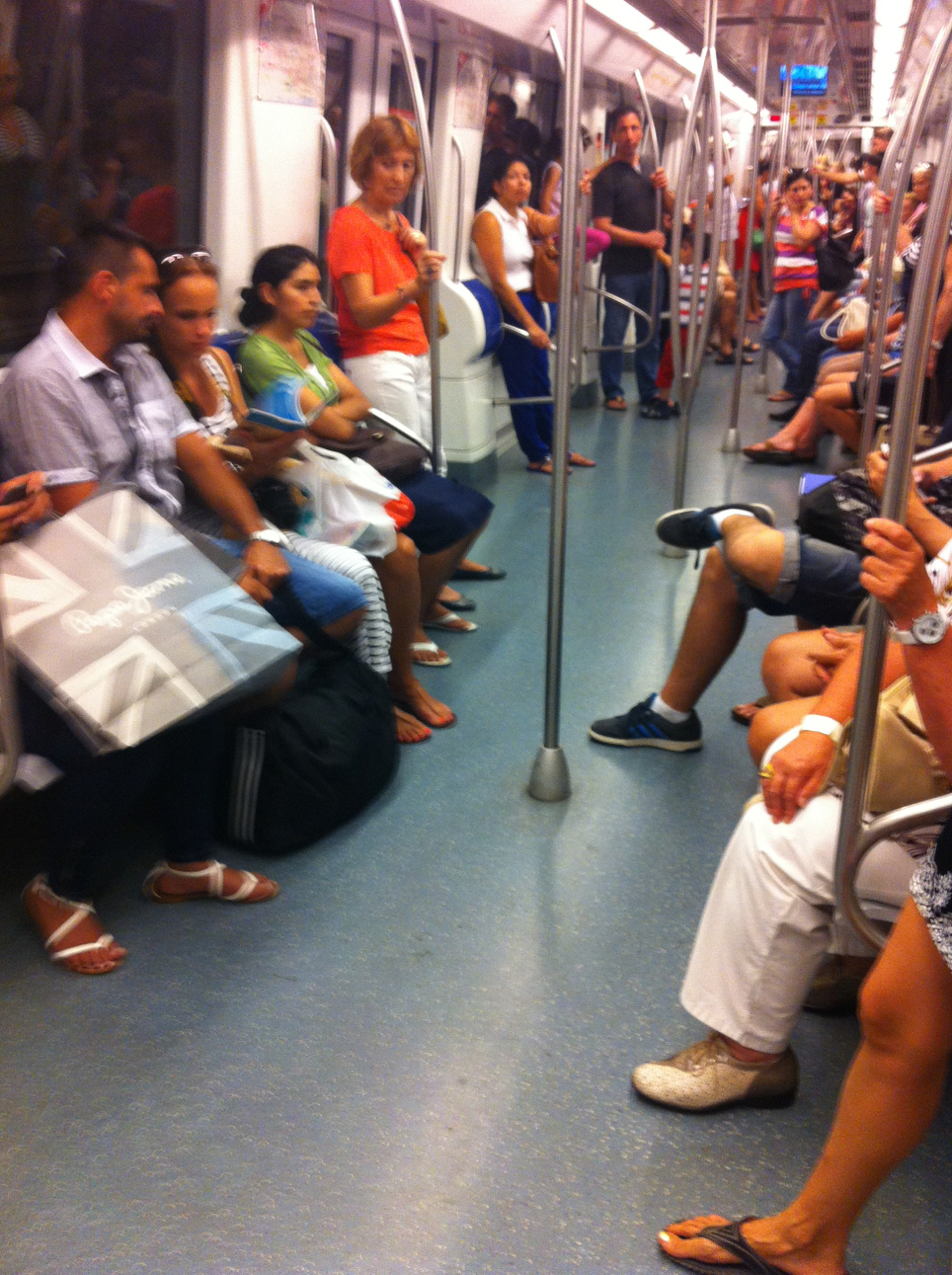 I don't know what it is about Barcelona that keeps me coming back. I don't know anyone there and staying in the tourist area never brings me great luck with finding food. I realize Barcelona is a great food city, but I don't eat seafood at all, and I hate going into crowded places by myself. I had a fabulous, perfect lunch at a little cafe, which is what I gravitate to when I travel rather than proper restaurants. I'm just not a gourmet foodie in any way, because I have too many dietary restrictions, some legit and some self-imposed. Normally, I'd pick up fresh food at the open-air market, but not for a short stay.

Staying in the beachside made eating trickier due to the massive crowds and shocking prices. But it was only one day, and I was packing a lot in, so the last thing I wanted to think about was researching good food in suitable atmospheres. I tried loading up Foursquare a few times for reviews, but in the end, just went by the kebab shop on my way back to my room.

(yes, yes, I know, what a crime against Barcelona to not try this and that and good god, please don't give me hell. I have shit to do. I can't be obsessing for half a day about where to eat dinner. Reminder: this is my constant life, not a my once-in-a-lifetime fantasy holiday.)

I was pretty beat after my day of crisscrossing Barcelona in search of new clothes and caganers (and I stopped at the comic book store where I was a bit shocked by the sneering High Fidelity-esque brusque "assistance" I got--I wonder if they'd have been nicer if I weren't female and middle-aged. Did I come off as someone's mother looking for something I had no clue about? I won't be going back to that comic book store.)

I took my chicken kebab back to my room, where I got back to work on the DC comic books I'm overseeing for the mass market until I couldn't see straight, then collapsed into bed. I'd have to get up before too long.

The next morning, I ignored the gross processed-food breakfast basket and just ate the banana and peach I'd picked up. I headed out at the crack of dawn to the Barceloneta metro, zipped up to Plaza Catalunya, and caught the airport bus. At the terminal, I checked in, went through security, and happily immersed myself in a latte at Costa Coffee. Finally, I boarded a plane for the trip to Copenhagen, where I'd soon learn my United pass would NOT get me into the lounge as I'd expected it to. Instead, I found an outlet by a window, and worked for hours on editing a prose novel for Marvel. A really nice old man sat next to me for a while, and he complimented my work ethic when he left. That made me feel pretty good. 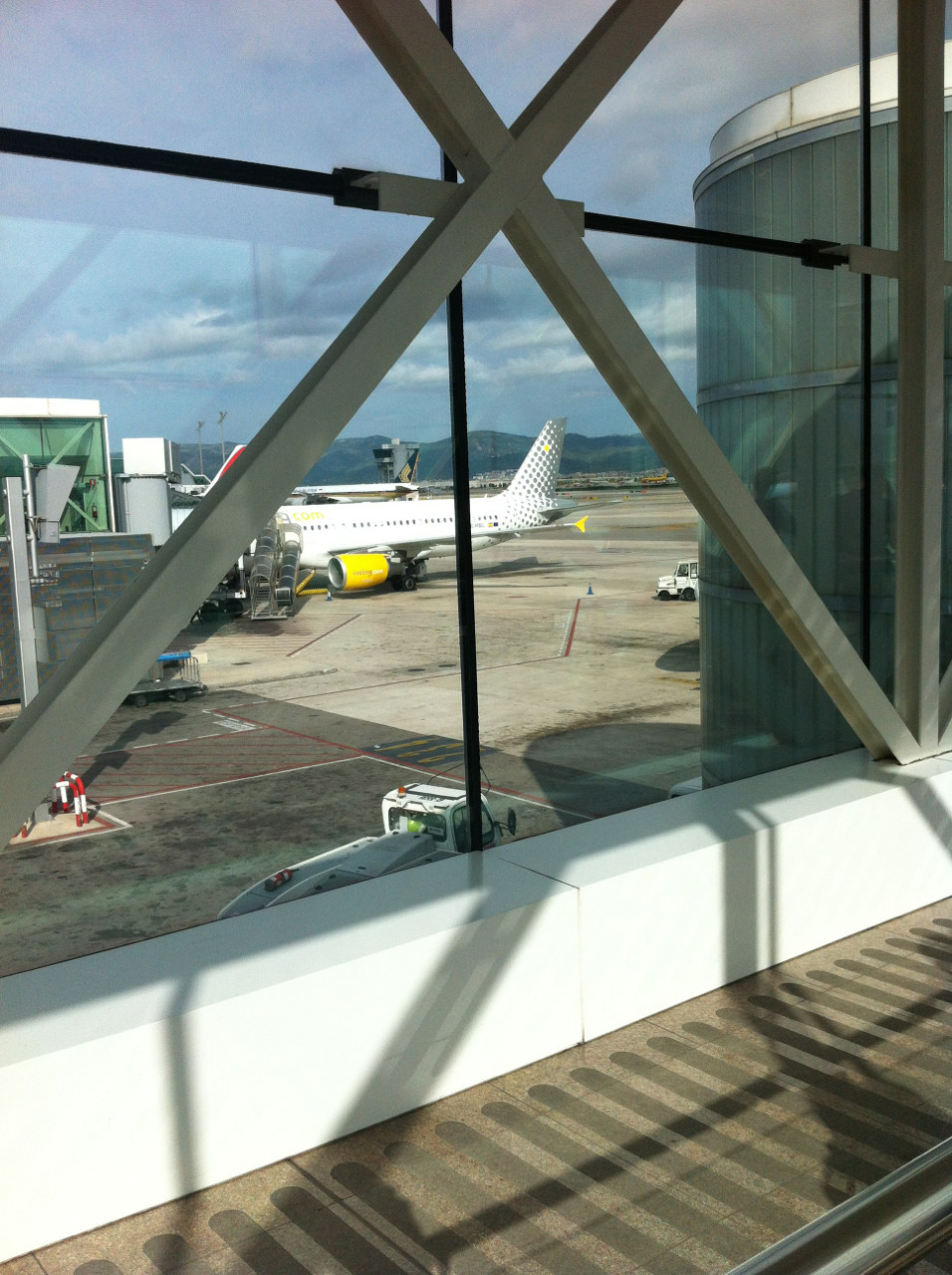 Eight hours later, I disembarked at Newark, caught the monorail to NJTransit to Newark Penn, crossed the platform to the PATH for the short trip to Grove Street, stopped by the all-night deli for a banana, an apple, and a little container of milk so I could have breakfast in my own apartment, then walked home.

And I stood there at the steps of my building for a minute. And I thought.

Four flights to go, and completely out of willpower and strength.

This is the always a tough moment. Challenging after every trip.

I keyed open the door and took the steps, one at a time.
Posted by Marie Javins at 10:00 PM