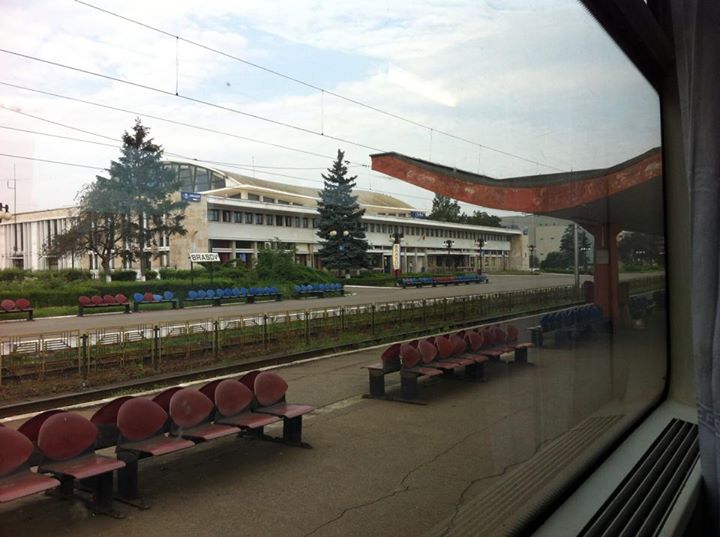 I waved down a taxi to the Brașov train station in the morning.

The driver looked at me and tilted his head.

I was pretty grumpy from lack of caffeine, but all the train station offered was vending machine coffee and Nescafe. grump...grump...grump.

But the train was nice and I was in Bucharest in a few hours. I tried to get Bulgarian money in the Bucharest train station but no Bulgarian currency was to be had, so I changed the last of my Romanian money to euros and boarded the train to Bulgaria. I'd thought about staying a night in Bucharest and heading on by the 10:30 minivan in the morning, and I'd decided to just get the travel over with in one day. I think the minivan would have been vastly more efficient. It goes to Russe, where you hop on a bus to Veliko Tarnovo. And the train ended up taking an excruciatingly long time. 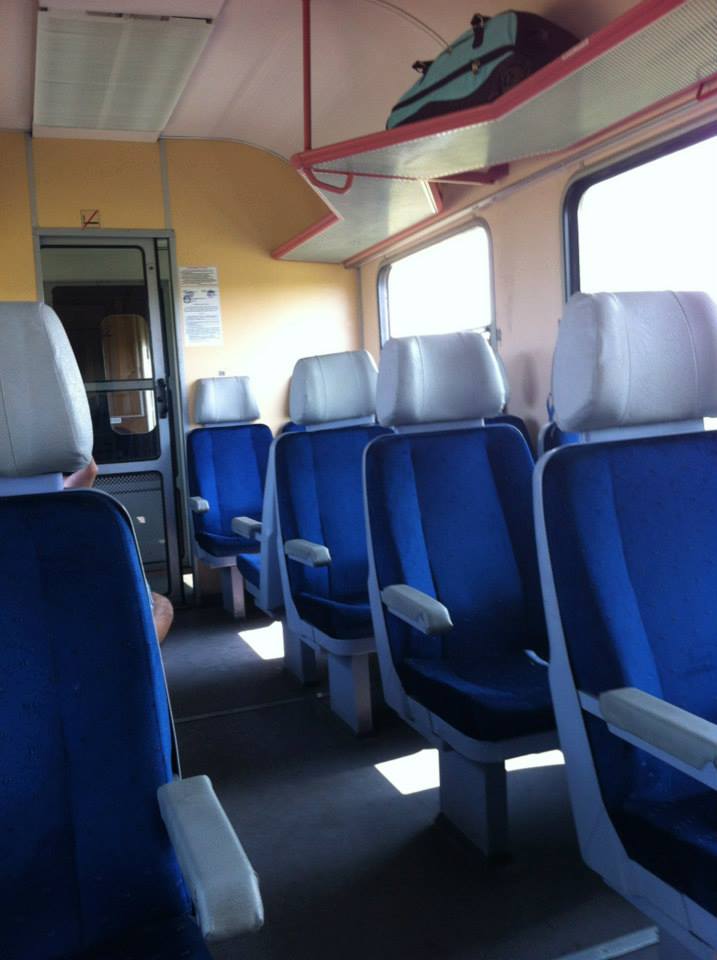 The train from Bucharest to Russe had only two cars. My seat was in a filthy old sleeping compartment.

Two forlorn British backpackers were there too. "That's what we said."

I found a conductor and switched cars to a much better one, a traditional car of rows. I got a window seat. Almost no one else was in the car.

"Why is this car so much nicer?" I asked the conductor.

"It is Bulgarian. The other is Romanian." He bristled with pride.
Posted by Marie Javins at 4:54 PM