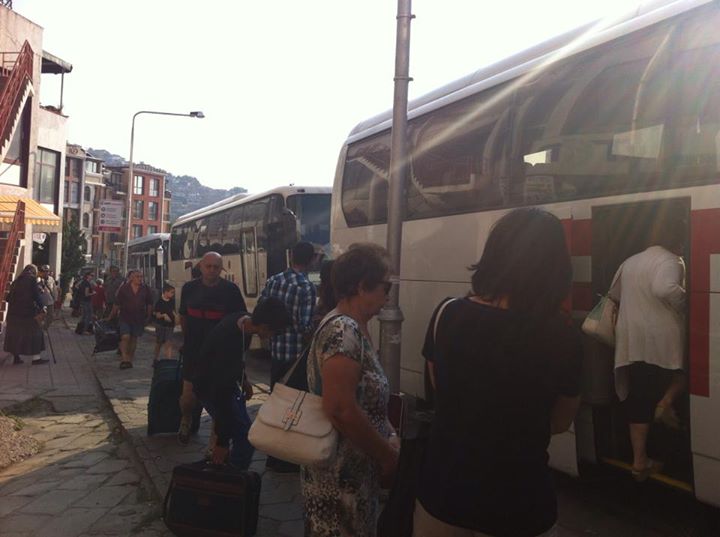 The 0900 bus pulled away from Hotel Etar and out of Veliko Tărnovo. I'll be in Sofia by lunchtime, I thought.

That turned out to be a slightly late lunch, as I'd foolishly booked the bus that stopped by the Sofia airport first. This took a bit longer than I expected it to, because the roads leading up to the airport are in various states of disrepair. There seemed to be construction going on, so the bus driver eased the bus down the bumpy road with a bit of care.

Someone on the bus behind me had teeth that stunk of powerful rot. I'd noticed this on some trains too, but was in no position to guess if this was common among older people here or just plain bad luck for me. Certainly, there was more smoking in this part of the world than at home, but again, all I could do was make jokes, not assess with any real evidence if this was a societal issue or not. I did make a snarky joke about it on Facebook, and that resulted in a tirade from an NGO worker (one with subordinates, paid lodging, paid vehicle or driver...none of which you get on the bus) who finds me superficial and accused me of not staying anywhere long enough to get to know a culture. Which...I can't argue with that on a two-week vacation. It's not remotely the same as renting an apartment and staying somewhere. Deep cultural understanding is not even on my agenda. My point here was to sightsee like the tourist I am. You can't possibly believe you'll develop deep insights in a few days of snapping photos of castles.

I know this much. The longer I stay somewhere, the more I learn to acknowledge my deep level of ignorance of a culture. Breezing through, I tend to think I've learned a few tidbits. Staying somewhere longer is a great experience, but unless you leave that situation understanding how much more there is to learn, you've actually learned nothing about the level of complexity of a culture. In Kuwait or Cairo, for example, I may know more than someone who hasn't lived there, but I would be foolish or vain to believe I'd done more than break off the tip and peek inside. Even people I know who have lived in other cultures for years speak of how much they have to learn. 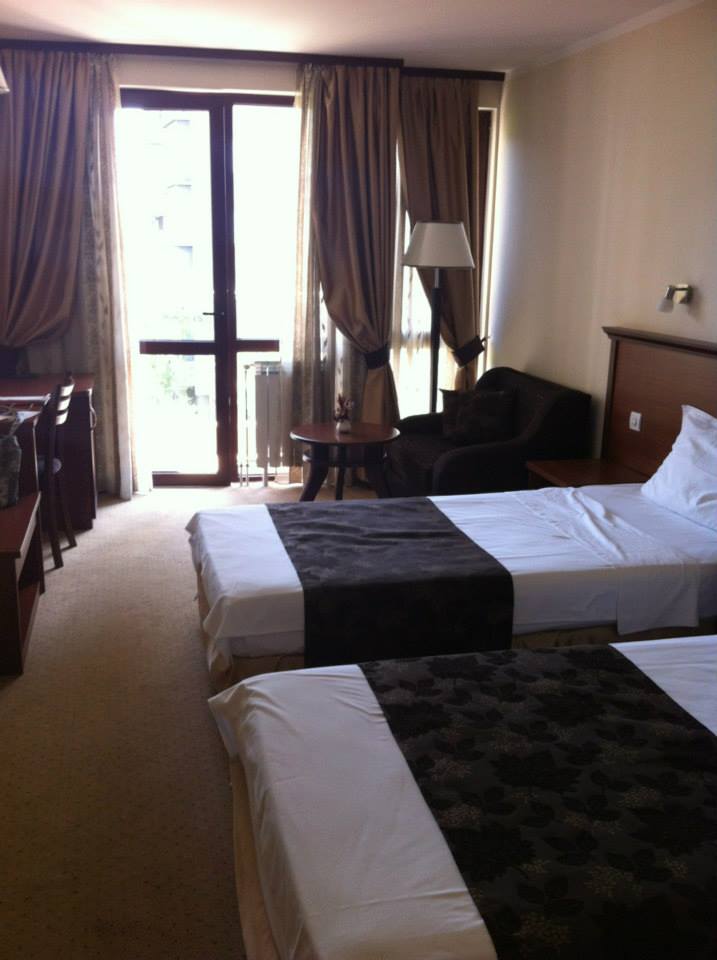 And I know this. Being from another culture doesn't make you immune to jokes. Rotting teeth are not beautiful simply because I am traveling. They stink everywhere.

Being called superficial is not exactly pleasing, I admit. But I openly acknowledge a certain heavy-duty psychological armor goes on the second I get a passport stamp, the moment I head off alone in the unknown with zero resources save US-passport-privilege and the problem-solving abilities I carry along in my own brain. I am not going to be airlifted out by a distant company at the first whiff of danger. I don't have a fixer or a driver or a company-sponsored SUV. I don't have subordinates to enforce my dubious democratic values on, or a paycheck that reinforces my belief that I have something to offer. I'm a tourist, subject to the whims of fate and bus schedules and bad plumbing. Nothing more, now that I work and live stateside and get the common two weeks a year off work.

When my coach pulled into the Sofia bus station, I rolled off the bus and wandered down the block, navigating by iPhone to Favorit Hotel. It was completely and utterly pleasant, the best hotel I'd seen during my whole trip, including the Radisson in Budapest and the Hilton in London. I devoured some almonds and fizzy water from the mini-bar (later I'd learn I'd paid $9 for that), rested a bit, then headed down the block to acquire a banana and take the newish, gleaming metro to the center.

I walked along a grand boulevard to Alexander Nevsky Church, went in and played tourist for a while, until it was late and I was exhausted, and I headed back to my room. I had plenty of work to do, as even though this was holiday, the work never ends. I'd do some more touristing in the a.m. 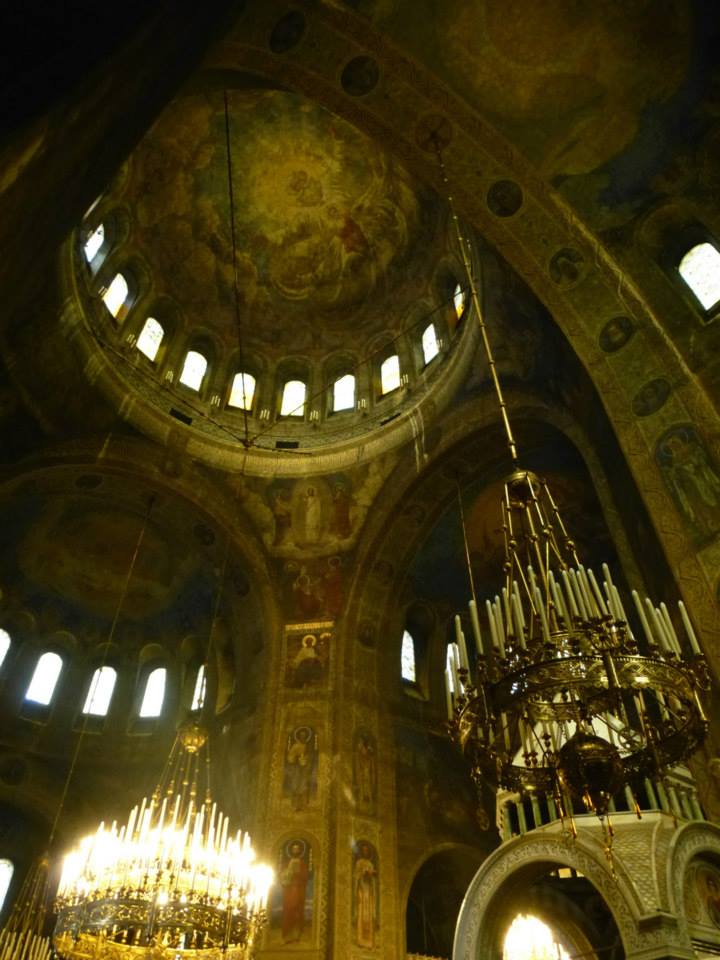 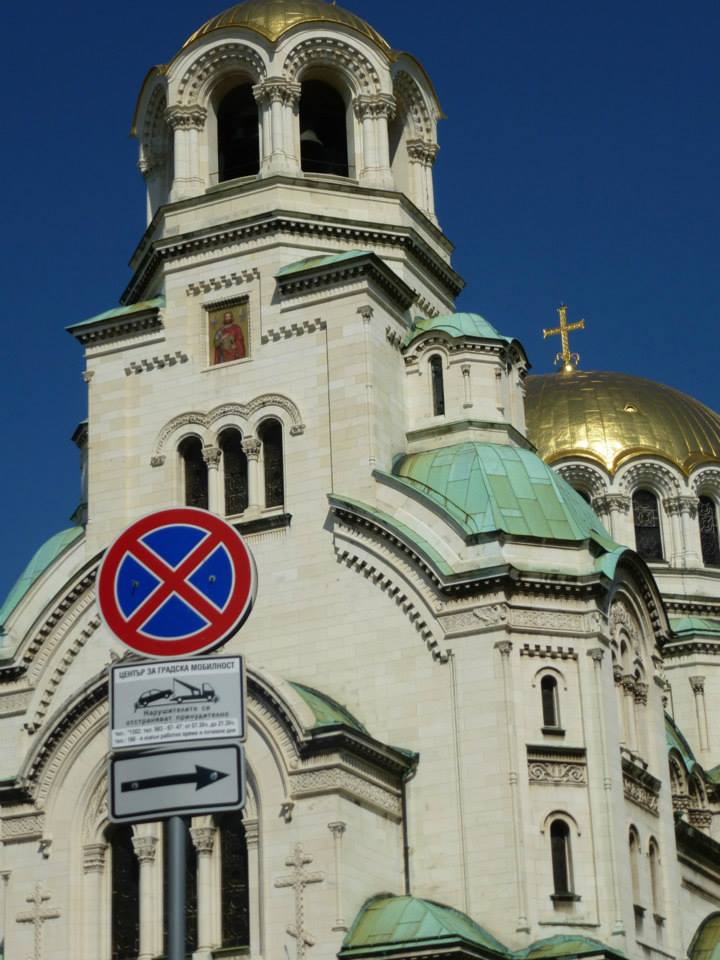 Paul Theroux has described the "Agents of Virtue" as he calls them - NGO people, missionaries, and the like in much the same way. They seem to see themselves on a higher level and apart.
I cringe when a well dressed, over fed talking head on TV asks me to donate money to help control leprosy in India while India boasts nuclear weopons and has a spaceship on its way to Mars.
To me, this talking head represents (perhaps unfairly), NGO people everywhere. I tend to associate NGO people with champagne swilling diplomats more than with the regular people everywhere.

This comments section is frustrating to use. You might get more comments if it wasn't such a pain to go through all of the steps.

I know it's frustrating and I'm sorry about that. The problem is I get hundreds of spam comments.

I have mixed feelings about NGO people. There are many doing great work, and the Peace Corps, for example, live on slim budgets and work with local organizations. But I can't help but be Teed-off when someone with a fixer and housing and a vehicle judges me for making a smart-ass remark about being on public transportation and not being essentially embedded. Because they are so much better with their resources and support?