I went on a tour of Peles Castle, Bran Castle, and Rasnov Fortress. These and medieval villages were the reason I'd come to this part of the world, to have a whirlwind trip through Romania and Bulgaria before going back home to work long hours until January.

But this is going to be a hard day to report on without it sounding worse than it actually was. I mean, it wasn't great, but I ended up in a situation I didn't care for and couldn't find a way out.

I had paid the night before at the travel agent's office. The trip had a guaranteed departure for 37 euros a person. That seemed well worth the price to me, as while getting to Bran seemed easy on the bus, I couldn't figure out how to get to Peles without a private vehicle.

But when I showed up at the meeting point in the town square, sipping the latte I'd just picked up, I learned I was the only client.

That sounded awkward to me. Plus, the price is double if only one person shows.

"But it's guaranteed," I sputtered.

The guide made a few phone calls and in the end, they decided to honor the price. I offered several times to go on the bus. "Just tell me how." I've been on a lot of experiences where I'm the only client, and I don't enjoy the pressure at all. The guide feels like he has to entertain your constantly, you feel like you have to be in rapt attention, and it's just awkward. 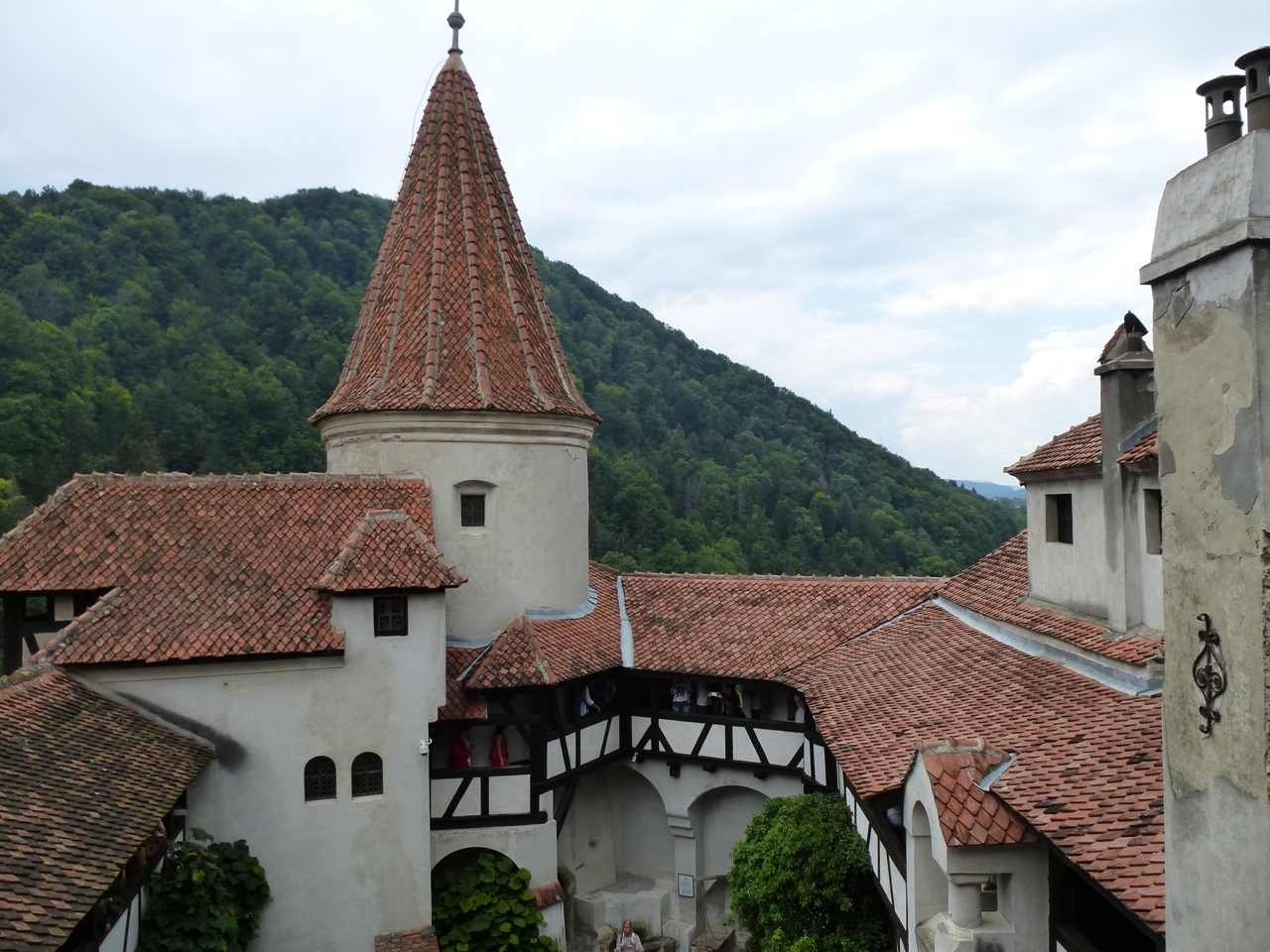 And it was. He talked a lot about history, managing to make sweeping generalizations based on how groups of people had performing in the past, and showed me a book where an Orthodox saint had supposedly predicted mobile phones, space shuttles, and now was predicting a great disaster. I was pretty uncomfortable at this point, as you might imagine. I am usually able to deflect conversations in ways, but this one just kind of had me going "Huh. You think so."

So that was awkward and endlessly long. But that wasn't the only fun. Also, Peles Castle had an insane entrance approach. You wait in line, buy your ticket (the regular one would have been fine but the guide told me the extended was much better), then you crowd around the door, which is both entrance and exit. And no one lines up and no one behaves with civility. You just push your way in when you hear your language tour called. And if someone is coming out, you push harder.

That was awful, and I cut out early from the extended tour. The guide was waiting for me back at the car. 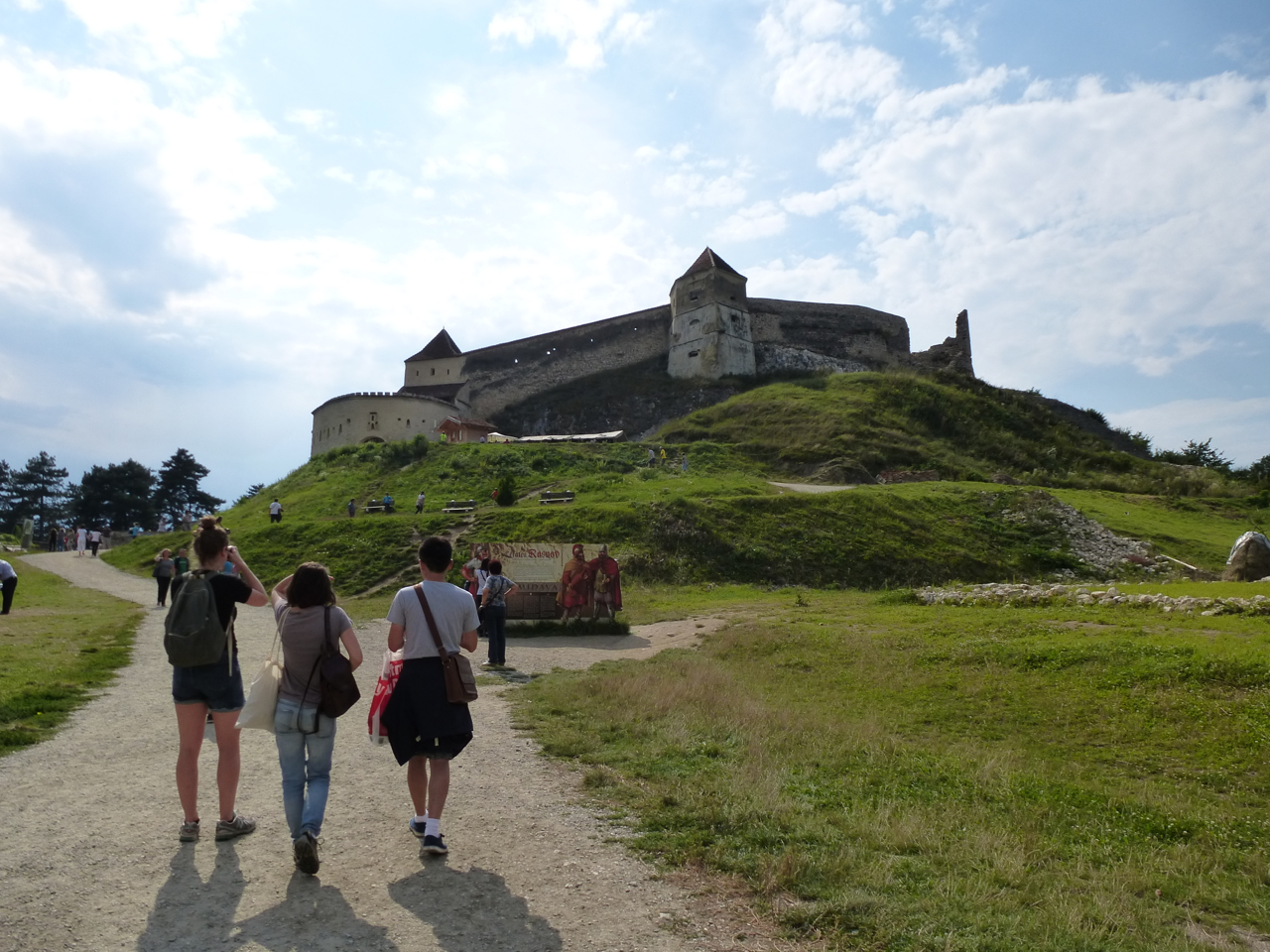 By the time we got to Bran, I said "I can go in by myself." But here, he wanted to show me around. The castle itself was crowded, very much so. The fortress was easier, but I had lost the will to care by then.

I'm not saying I regret going to Romania. Only that sometimes, the reason you choose a destination doesn't end up being the reason you are glad to be there. I loved the medieval villages, just wandering in them. But the whole castle day was kind of a bust.

I was thrilled when we got back to town. I overtipped, which given I felt uncomfortable with the whole day, annoyed me about myself. Why did I do that? Guilt, I suppose, and knowing that he'd make more with a bigger group.

I picked up my laundry from the place I'd dropped it off the day before and went back out to wander the town. Brasov really was charming, at least. 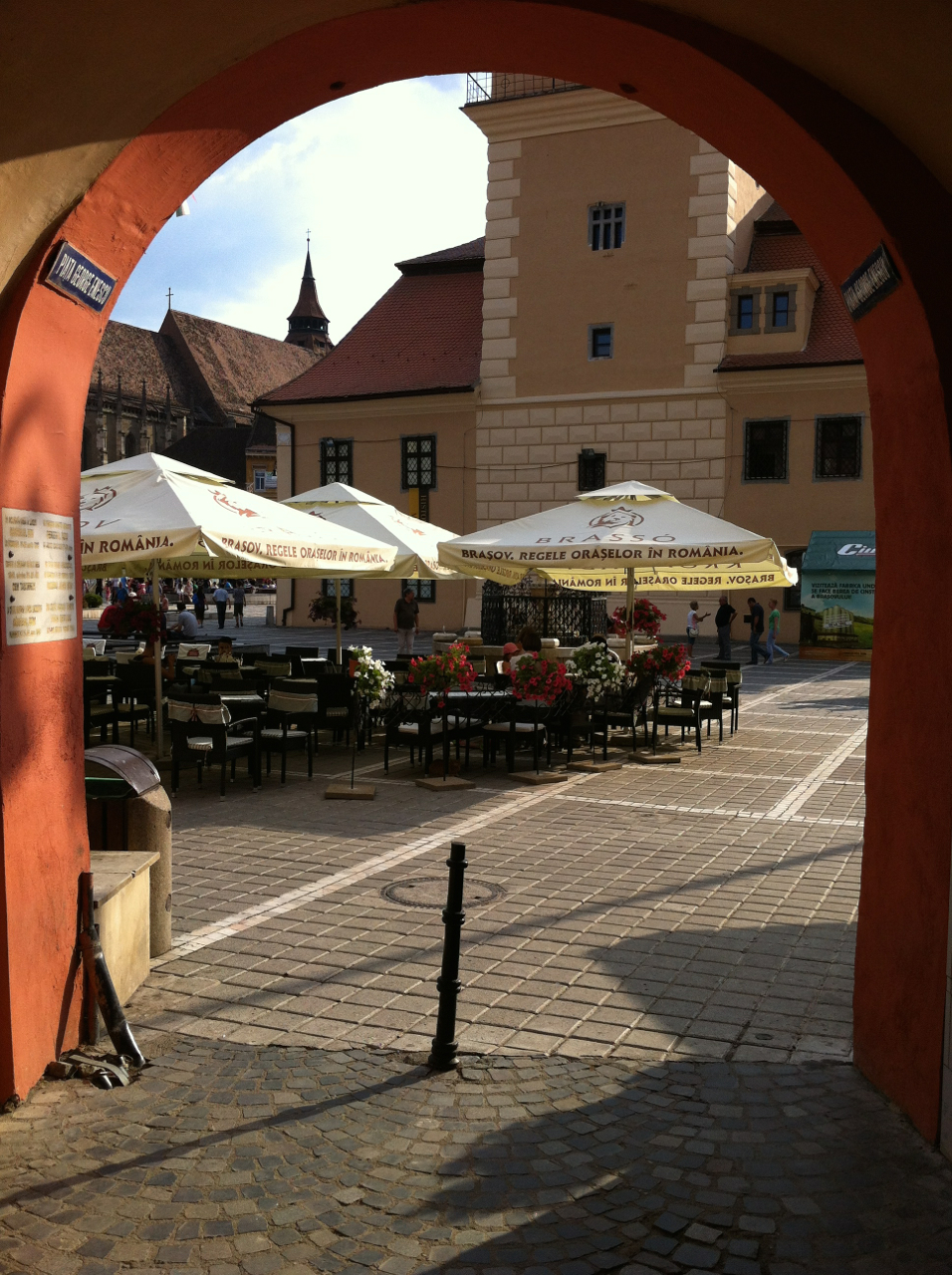