Morocco has two kinds of taxis, grand and petit. The grand are the Mercedes taxis, which you can rent by yourself for a lot of money, or you can go on a shared ride in them. That's what I had just come to Fez in—a leapfrogging string of grand taxis.

I walked across a dirt lot, past a mass of people waiting on a bus, and got into a petit taxi. That's just a little sporty car, licensed for in-town jaunts.

Best thing about a petit taxi? It's got a meter.

"Bab Ain Az-ul-ton," I suggested as my destination.

The driver looked perplexed, so I tried different pronunciations.

I was supposed to get dropped off at a gate (bab) called Ain Azleton. But it's all in pronunciation.

The driver's eyes widened and he said "Ain Az-LET-ten?"

We drove through the calm and orderly streets of Fez's Ville Nouvelle. So far, so good, though it was awfully hot out.

At Ain-Azleton, I took a right, thinking I was farther up the bab than I turned out to be. I wandered up a hill in the heat, carrying my backpack and demonstrating unaesthetic sweaty wet patches for the Fez shopkeepers. Kids hounded me, hoping to take me to their choice of hotels. Restaurant owners gave me directions, then reminded me to visit them at dinnertime.

When I was good and truly lost, a kid led me to Dar Al Hana, the little guesthouse I'd booked a room in.

And the owner, a charming, affable Australian woman, let me in and informed me that I was the only guest for three days. And she lived elsewhere. 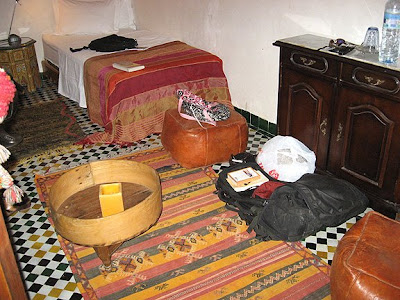 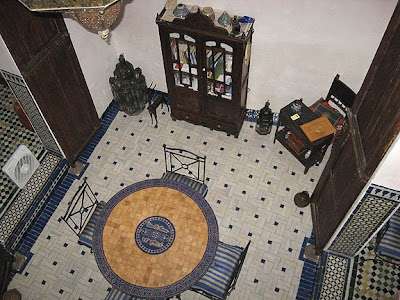 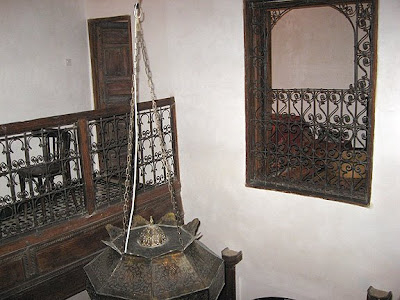 Wow, peace and quiet for three days, just imagine how much work you can get done.