Josephine, the owner of the guesthouse I was staying in, brought out a map.

"We're here. I suggest you go on a walk up this street and back down this one." 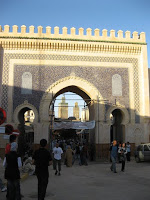 She used a highlighter to mark the two main tourist streets. I say tourist streets because the Fez medina caters to tourists kind of as an afterthought, and only a tiny piece of the medina has tourist-oriented restaurants, and shops. The rest of it is a vast web of passages, shops, and twisting dead-end alleys. The medina is 1200 years old, except for the "new" part which is a mere 700 years old. Homes were parceled out over time and nothing seems to make much sense... parts of one house will be sitting on top of another house, for example.

Designated a UNESCO site, this place needs help. Some brave foreigners and Moroccans have undertaken huge restoration projects—one of those was Josephine—but there is so much more to do. 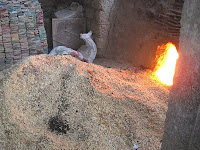 I read up a bit on restoring old homes in Fez on this site. It is an appealing prospect. But hey, I am not exactly in love with Morocco or Fez. Interesting, sure. But if I'm going to get knee-deep into a third kooky restoration project, it's got to be something I'm utterly devoted to. 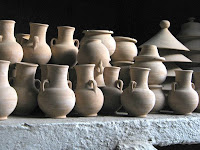 The Victorian condo in J.C. was hard enough.

"I had two girls staying here recently who took a ramparts tour. They liked it a lot. It's where the driver takes you around outside of the medina and you can look at it from above."

"Perfect! I'm tired from traveling. Sitting in a car sounds like just the thing. I'll tackle the medina tomorrow." 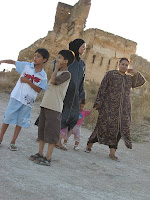 A man named Abdo, or maybe Abdul, drove me around in his well-maintained classic Mercedes. We visited a pottery village—which was fascinating but everything there cost way more than I wanted to spend (no hard sell from my driver, but I think the host was a little offended that I didn't buy anything) —then went up to various spots above the ramparts to look down at Fez.

And finally, drove up to the Merenid Tombs for a panoramic view of Fez under the evening light. 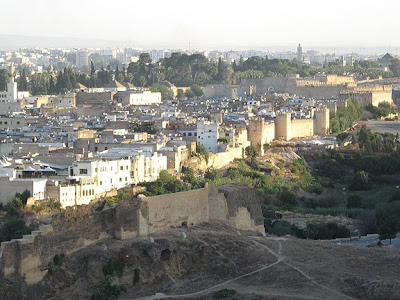 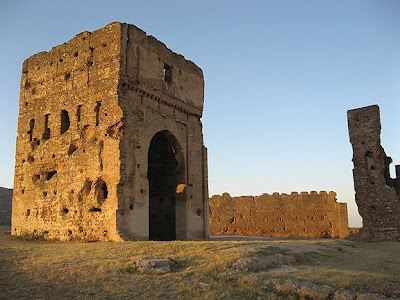 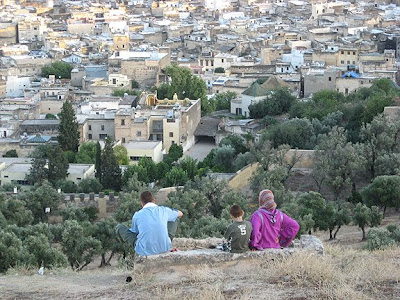 Wow! Wonderful pictures! Thanks for sharing.