Remnant of the Past

When I first moved to JC in 1988, a six-year crusade was just beginning.

The ornate Loew's Theater, a luxurious "movie palace" built in 1929, was scheduled for demolition. A grassroots citizen movement saved the cinema, which was renovated for years, long after I left JC for the East Village. (Meanwhile, the Majestic Theater around the corner from me downtown was lost. Now it's condos.)

By the time I returned to JC in...well, it's complicated because I kept leaving again but let's say 2002, the Loew's Theater was used for movies, concerts, and events. Lots of time it just sits there, out of place amidst the butt-ugly urban transit center known as Journal Square.

I'd never been there before last night, but the Landmark Loew's Theater is incredible. It made me want to be able to brag like my friend Pete can, about seeing Star Wars there as a kid. I wished I'd been part of the movement to help save it. 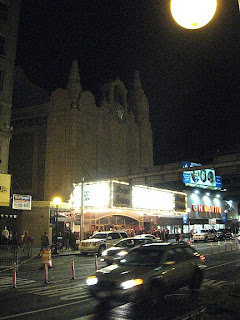 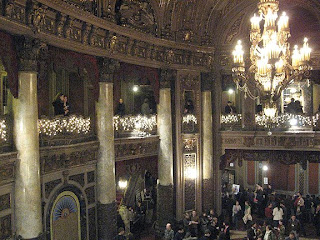 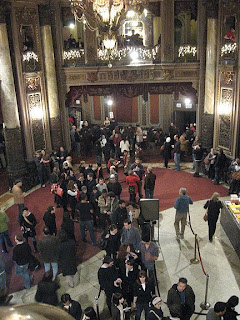 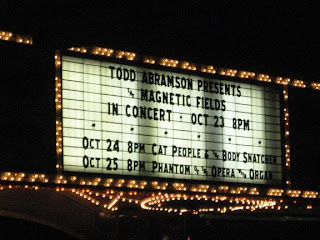