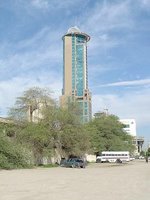 Balancing the demands of freelance life and office work has been a struggle for the last few weeks.

There's comic book coloring—my Mickey Mouse job—due at the end of the month. There's a book being written, with re-worked chapters due every four days to my new and fabulous editor. Then there's the small matter of a 44-hour-and-some a week office job that seemed relaxing until it became obvious that my co-workers were like members of the Supreme Court, each interpreting our mandate from a different perspective. "What does our founding father mean? I thought this… why do you think that?" Plus technology rebelled in all kinds of surprising ways, which wasted about 34 hours a week. And I've still got one eye set on the cartoon riots, which have nothing to do with us, but hey, you never know.

I get up early most days to deal with personal and freelance email and do some coloring, and then I work on my book after work and on my one-day weekend. It's not surprising that I'm fraying around the edges. It's also nothing new. I was coloring a heap of work and working a full-time job at Scholastic only a year ago.

This week I've been wrangling a particularly difficult chapter, and I've run late the last few days. So instead of walking to work, I've been racing out to the bus stop when I'm already supposed to be in the office. There are two types of buses in Kuwait—there's the KPTC public bus, and then there's the Citybus private bus line. KPTC runs large buses, the kind we have in metropolitan cities in the US. Citybus run half-size buses. They follow similar routes and have the same route numbers. Residents warn me that the working class takes the bus—not the professional class—but where I come from, class doesn't get in the way so much, and especially not in the way of saving a buck. I board the bus proudly in the mornings, but I never make a fuss when people move aside to let me sit in the front—in the "women's seats." Nine a.m. is too early in the morning to rebel against society.

I almost always end up sitting next to a woman from India, Sri Lanka, or the Philippines. This morning, I sat next to a Filipino woman who looked to be about 45 years old. She was reading a letter that she had unfolded and taken out of an envelope. It was carefully written in blue ink, in Tagalog (I reckon). She seemed to read it over and over again. I hear the faintest sound of a quick intake of breath. Was she crying?

She put the letter down and sat still for a few minutes. Then picked it up, read it again, then put it back down. I could still hear the breathy-gaspy sounds.

I imagined some bad news from home, a home she worked hard to support. She'd been here for years, I thought, and the letters from home were her lifeline. Should I dig out a Kleenex for her? A traveler always has tissue in her bag—you never know when you'll find a place where you have to pay for toilet paper.

But what if I was mistaken? What would she make of this strange American woman suddenly shoving a tissue into her lap? I dared not turn and look at her eyes to see if there were tears. Who wants a total stranger to watch them break down on the bus? I've been there… you just want people to pretend they don't notice.

I waffled too long and then my stop was near. I stood up and as I left the bus, I peeked.

Her eyes were shut. She was alternating snoozing with reading her mail.
Posted by Marie Javins at 11:05 AM

Marie living inside her own head again. That's where she's a Viking.