The Travel Part of Traveling

My layover in the Paris airport was a walking delirium dream.

I disembarked in Terminal 1—wow, what a crap terminal. But it had an interesting layout, full of futuristic walkways from the era when that was the future. It reminded me of Tomorrowland, kind of worn out now, but once it might have been exciting. The future will look like an octopus of moving walkways. But no food at 6:30 in the morning on Christmas.

Three bars that served baguettes opened at seven. I asked a guard where I could get some coffee and she said "You don't need a visa. Why don't you leave?" 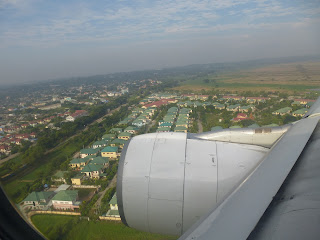 I headed out past passport control and found myself nearly snoozing in a big cushy chair at Starbucks with a big latte in front of me. I did everything in a dreamy state, and wondered if my next flight, on Thai Airways, would be better. My previous flights on Thai had been wonderful compared to the cramped seats on the average American or British airplane.

The Thai flight was also packed, but I've been doing this long enough to have known to call ahead to get a seat assignment, even though you can't do that online from the United partner website. I have been caught out when booking too late to get a decent seat, but this time I'd gotten a bulkhead aisle seat. And Thai flights have more seat and legroom anyway, so though the flight was full, I put up my feet, pulled the blanket over me, and proceeded to wake up only three times over the next eleven hours. 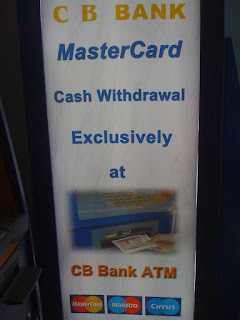 That didn't stop me from still being a little dazed when I disembarked in Bangkok. I traipsed around looking for my gate, and finally found it. But first, I sat myself down in Coffee World and enjoyed my standard iced latte I like to get there. Being in Bangkok, where I know what's what, was a delight. It's one of my favorite cities.

I changed some euros for baht, so that when I return, I can take a taxi to my hotel without paying the fee at the airport ATMs. I know the one ATM near Khao San that doesn't charge a fee, so I'm aiming to avoid the ATMs until then.

I was surprised to see an ATM in Yangon (Rangoon) airport once on the ground in Myanmar (Burma). What? But I'd read to bring cash. And yet here it was. Shame I'd cleaned out my bank account en route. I'd like to have tried it.

There was also a swanky coffee carry out in the airport, and you could buy data SIM cards for $4 a day. Tempting, but I had wifi in all my hotels, and might need my cash later. 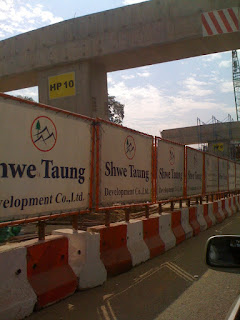 I changed money (blogs had said the black market rate was no longer an improvement over the bank rate) and headed past the taxis and touts to find the Air Mandalay counter. It turned out to be at the domestic airport next door, and walking over via the sweltering sun, I was glad to have tossed the old sweater I'd worn through Dulles and Paris, thrown it away in a Bangkok airport bathroom. (I'd worn an old sweater on purpose, one I'd bought a year ago in a Virginia Target when I'd arrived from Tahiti with only cold-weather clothing.)

Picking up the tickets I'd reserved turned out to be an adventure in itself. One couple, two Russians who'd booked via a German agent, had a fit at the airline counter. Their names weren't on the roster. Their tickets didn't exist. They were having an absolute fit, and I felt sorry for the ticket agent, so eventually I interjected "Are you sure it's the right airline?" There are four, after all. Maybe more.

"Of course, " I was haughtily rebuked.

So of course, I enjoyed watching a few minutes later when the Russian woman, after scrolling through her e-mail said "It's Yangon Airways, not Air Mandalay," and they went scurrying off.

A minute later, another tourist had to pull out hundred after hundred dollar bill, as the ticket agent inspected and rejected each. "See this?" She'd point to the tiniest mark on one and shake her head. I was glad to have gone to the bank and asked for only new bills, then stored them with cardboard backing in a small Priority Mail envelope. 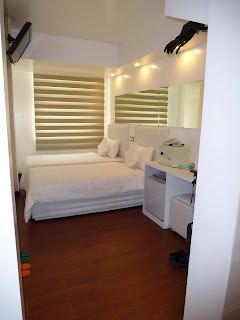 Eventually, all my errands were sorted out.

"Taxi?" Three drivers surrounded me at the curb. One held up eight fingers, the other seven.

"He says eight dollars and you say seven?" I asked.

"No, no, eight dollars," I said. Of course, I have no idea if what I'd read was still accurate. But you always have a learning curve.

They all three scoffed.

"Okay, I will go back to International. Maybe there someone will take me for eight dollars."

I started walking, but a second later, was safely ensconced in a taxi for eight dollars. 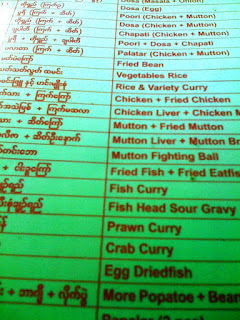 The town looked so clean, the roads so new, and the cars in such decent condition. I'd seen signs for an ATM and data SIMs and gourmet coffee. I was confused now, having heard so much about Burma being raw and new. Either it's changing really fast or maybe, just maybe, people who are saying that are comparing it to Thailand or Bali. It sure is a lot nicer than many places I've been, but I'd only been here a few hours. So far, it's sort of like Laos or Cambodia a little over a decade ago, mixed with a few parts dictator-run African country. But we'll see...there's still a lot to learn. 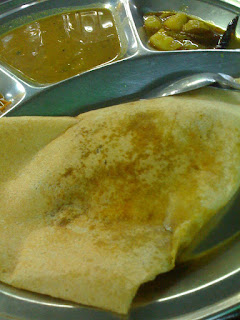 My driver took me to 32nd Street, behind the big, wealthy Traders Hotel. I'd found a new hotel on Agoda here and booked it before any reviews had shown up anywhere. It had been cheap, but when I'd last checked, prices had gone way up. Good thing I'd prepaid.

The hotel was on a bumpy inner city road, but it was a delight inside. I checked into my new air conditioned room with two free waters and an in-room safe, took a shower, and fell fast asleep for a few hours. I'd go out later in my summer clothes and sandals, looking for something to eat and settling for a dosa at a South Indian place around the corner. I went back to my hotel and crashed, but first I noticed the electric kettle in the room and used it to make up some of the emergency instant oatmeal I had in my pack.

Sometimes the adventure in adventure travel is just the delight of something as simple as having food in your luggage, I thought, as I ate this normally mundane but tonight tasty treat oatmeal. 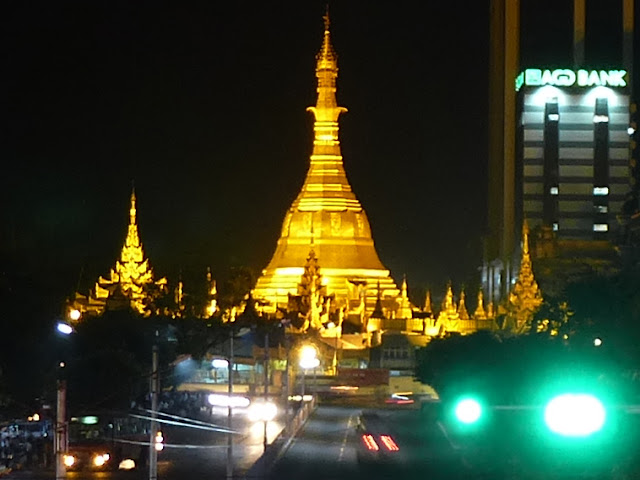