Bring In the New 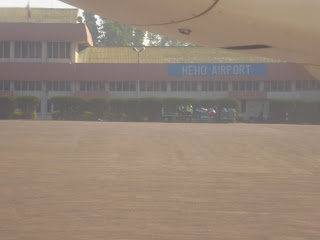 "We met before, didn't we," said Luisa, a Burmese-American woman who'd sat across the aisle from me on the flight from Bagan to Heho. We were waiting for our baggage, which was on a wheeled cart heading our way.

"Yes, at the vegetarian restaurant." I remembered her because she'd been from Burma and spoke Burmese, but had grown up in San Francisco and now lived in Hong Kong. She was traveling with April, a young Hong Kong woman—the two worked together at a networking equipment company.

We chatted casually, and then she invited me to share their taxi to Nyuangshwe, the town just north of Inle Lake. Thank goodness! It's about $25 for that hour-long taxi fare. Now my fare was down to about $10 if we tipped the driver as well as paying him.

She was able to speak fluently to the taxi driver, and that's how I learned that he called Burma by the name Burma, not by the name Myanmar. He also said "Thirty hotels in Nyuangswhe and all of them are full." 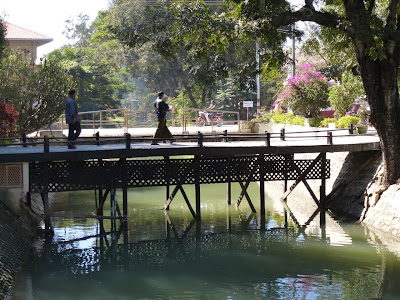 He chuckled. I fretted. I'd contacted dozens of hotels over several months but had only managed to find a room for the first night. Tomorrow night I was winging it.

He dropped off Luisa and April first, at a place called Paradise Hotel. I was next at Amazing. This was out of my price range, but I'd been desperate enough to book it. The Amazing rep had collected the $72 for one night from me back in Yangon.

And now I was glad to have the room. It was amazing. Totally worth it, I thought as I relaxed on a breezy deck set over an atmospheric canal. I'd missed breakfast but the staff had made me an American breakfast and cappucino anyway. I signed onto the hotel wi-fi signal and lounged about on the deck while the housekeeping staff readied my room. One I'd moved into it, I didn't want to leave it. 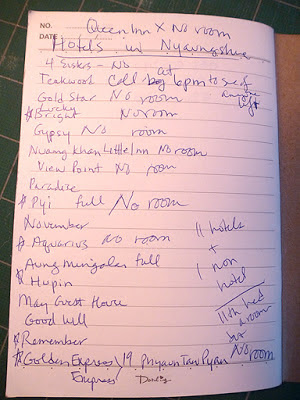 But I had to find a room for tomorrow night.

I made a list of every hotel in town, including the cheapest and most expensive. I had a list from my hotel, one from a friend's guide from when she'd visited a few years back, and I had cross-referenced with TripAdvisor so I knew what was considered good and bad. I plotted a course and headed out into the afternoon sun.

After I'd walked about a block, a man on a motorbike stopped and addressed me.

"Yes, I do," I answered. I'd read that the guys touting for boats would find you before you found them, and that was certainly accurate.

We made a deal to leave at 7 in the morning. He'd pick me up at Amazing. He emphasized the point—seven. That way I'd beat the rush to the weekly market in the south of the lake. He made the deal for 16,000 kyat instead of the standard 18,000 kyat. Soon, I'd realize this was because I was expected to buy from shops the driver took me to, but I didn't know that yet. It didn't occur to me that this kickback scheme would already have reached Burma. But then, I hadn't expect Internet, the two Rangon ATMs, or the availability of data SIMs either. 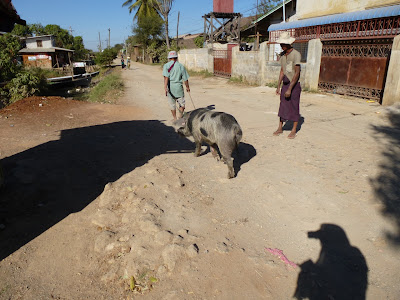 I methodically visited every hotel in one section of town, then another. I was getting hot under the afternoon sun, and cowered under my scarf. I asked at each front desk—do you now anywhere that might have rooms? I visited the best-known flophouse, Queen, and went next door to a restaurant that sometimes had rooms.

Joy Hotel on the supply canal was promising. Someone might be moving out tomorrow. But then Teakwood knew someone was leaving tomorrow. The owner's daughter took my fifty bucks and told me to drop off my luggage on the way to the dock in the morning.

Relief. Thirty hotels and all of them full. But one of those rooms was going to be full with me. 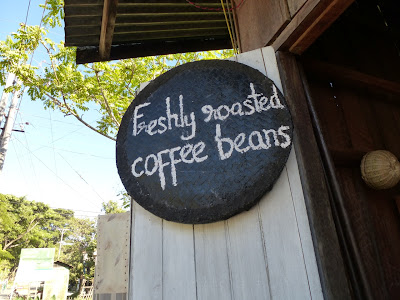 I walked to a little cafe—well, more like a little shack—called Ever Green Restaurant. I'd seen a sign for real coffee there. I ordered a banana pancake for good measure. Yes, Burma was already on the banana pancake trail. Doesn't take much.

I grabbed dinner—how can I already have forgotten where?—and headed back to my excellent room to enjoy the comfort and decent Internet speeds.

New Year's Eve, I thought. Wow, what a miserable year. People that don't merit me even talking about their appalling and erratic behavior, a dreadfully low income, lack of forward motion on any front, being actually cut off in the middle of a job interview and sent away, spending three months locked up in my apartment writing a book...no, not a year I need to repeat. I can count the hight points on two hands, maybe on one. I could sit here and reel off the humiliations and failures on social, career, and financial fronts.

Or I could enjoy the New Year's cookies the staff of Amazing Hotel brought me, and give 2012 and the bad experiences and worthless, cruel people that came with it the finger.

To hell with them, I thought. I'm eating cookies in Burma on New Year's Eve. 2012 can kiss my ass. 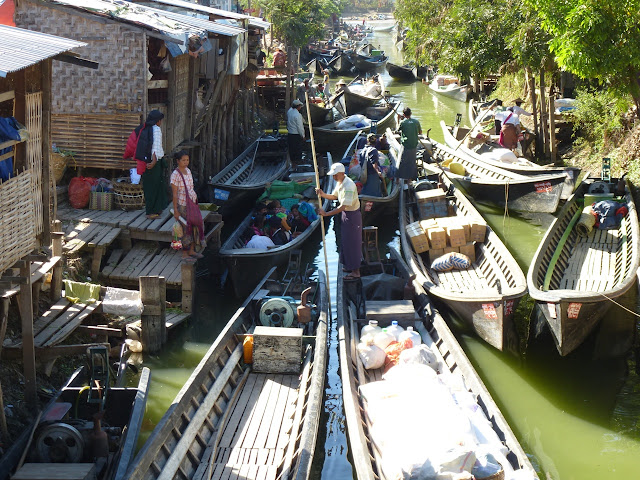