Christmas-time is caganer season in Catalonia! You know caganers, the little squatting-shitting figurines that I collect.

They started as shepherds that squat on the edge of Catalonian nativity scenes. I already own Castro, Obama, Prince Charles, and Tintin caganers.

But I've never been to Barcelona during caganer season, so I was pretty excited that I would finally get the chance to go to the holiday market in front of the cathedral. That's where they sell the most, varied caganers. 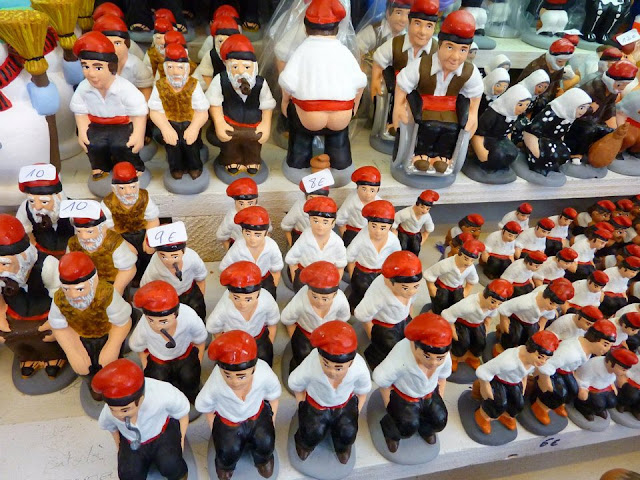 And here is an example of--wow--how many they sell at Christmas: 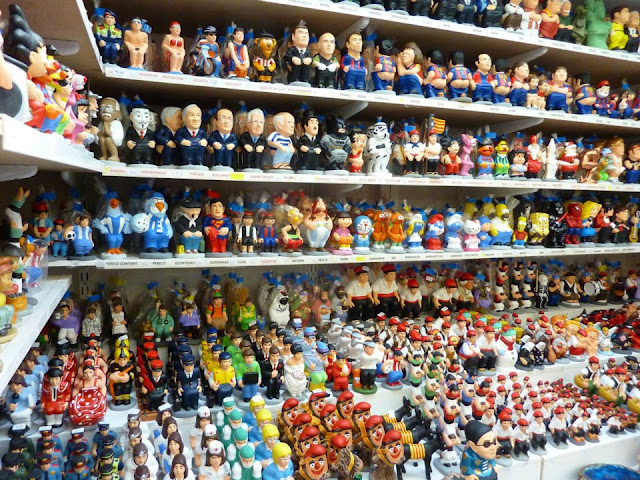 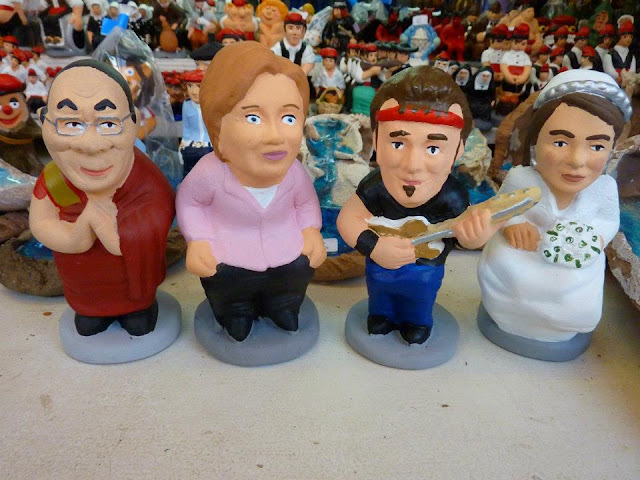 And here's a closer look. I have to say...the other ones I've purchased have been sculpted better. These look a bit mass produced. But hey, I'm still glad to have them. 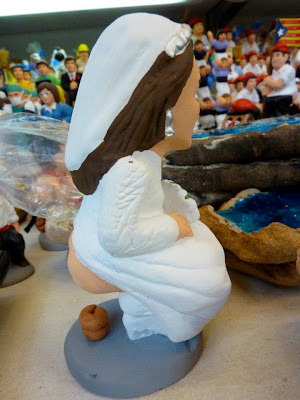