I'd heard whispers about the mysterious Chocolate Shop in DTLA, seen posts by people who had glimpsed it from Sixth Street, but I'd never quite figured out exactly where it was or how to get into it. I'd see mentions of tours by museum tour groups, architectural hobbyists, but I didn't see a way in.

But I'm a member of some LA conservation groups, and so I kept my eyes open.

When the email came in from the bus tour group I'd heard about, I jumped on it. 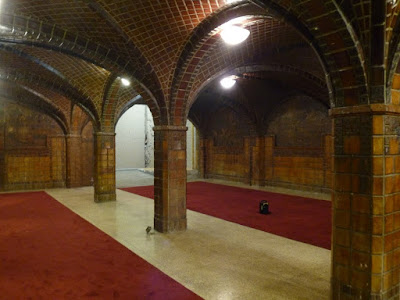 And so on April 15, 2018, I took the bus to the metro to the bus all the way to the far side of DTLA, by the Greyhound station, and took a tour bus back to Grand Central Market, to the Bradbury building, to Angels Flight, to a few downtown buildings, to Pershing Square. I'd been through all this before, lived a few blocks away when I'd first moved to LA (this time), so I patiently went along with the tour until we got to the Chocolate Shop, the reason I'd joined this group.

We entered next door via a Sixth Street storefront under construction. The man who hosted us had gone into the Chocolate Shop as a kid, to play video games in the sheet-rocked shopping arcade that had blocked off the Batchelder tiles below.

Here are the photos I took of the Chocolate Shop.

We spent a half-hour or so studying the tiles, then headed out. As the tour moved on, I cut out. "We're right by the Red Line," I explained. I didn't want to go all the way back to the Greyhound station just to turn around and come back.

"You take public transit?" The tour host asked with surprise. "Bless you." 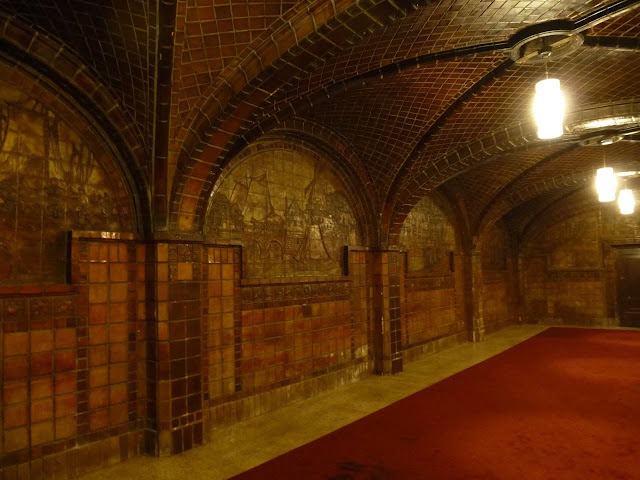