My original interest in spending a weekend in San Francisco was fueled by the new sleeper bus, but then I realized that flying from Burbank to SFO and back from Oakland was actually cheaper than sleeping on a bus. I've taken a sleeper bus before, in China, and it really wasn't bad. The real problem with the US version is it would leave me in Santa Monica at the crack of dawn. The time it takes me to get home from Santa Monica by land is roughly how long the flight from Oakland to Burbank is so...yeah.

Maybe next time. Maybe if the sleeper bus has a sale at some point.

My secondary interest in spending a weekend in San Francisco was that my hair cutter just moved there. She'd been in New York first, then moved to LA a month after I did, and now she'd moved up to Haight Street, so this seemed like an opportunity to look a bit more civilized. Plus, I could sightsee and get to an urban environment rather than the quirky, confusing boulevards of Los Angeles county.

I booked a room at a tiny hotel in Haight Ashbury, downloaded a public transit app to my phone, made a list of places to look for new clothes, and off I went to Burbank Airport early on a holiday weekend. I had been up to the Bay Area for non-city reasons, like to visit Yancey in Cupertino or on the outskirts, camping and cycling, but I had not been into the actual city of San Francisco in DECADES, I realized. 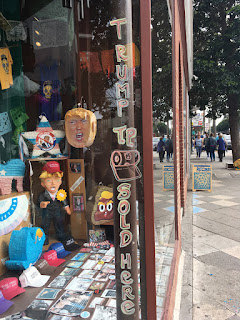 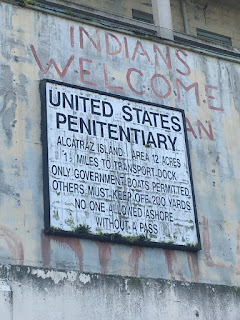 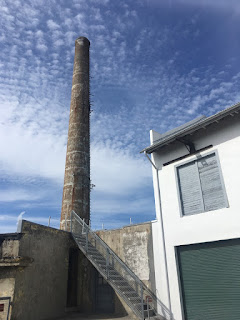 That last shot is particularly stark.