Kayaks Along the Hudson 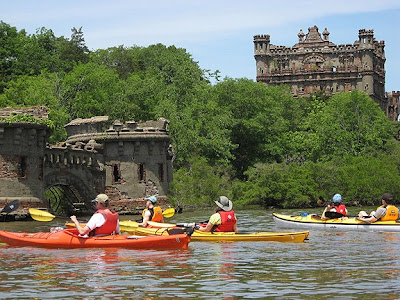 I missed the 8 a.m. PATH to World Trade Center by about 8 seconds, which meant I had to catch the 33rd Street train to the 14th Street bus to the 4/5, and wasn't sure that I'd make the Metro North train from Grand Central to Cold Spring.

But I made it with six minutes to spare, and 72 minutes later, I headed to the kayak outfitter for my excursion to Bannerman Castle.

It was wonderful but exhausting, so I'll write about it tomorrow.
Posted by Marie Javins at 8:43 PM