I Kayak the Castle Part 2 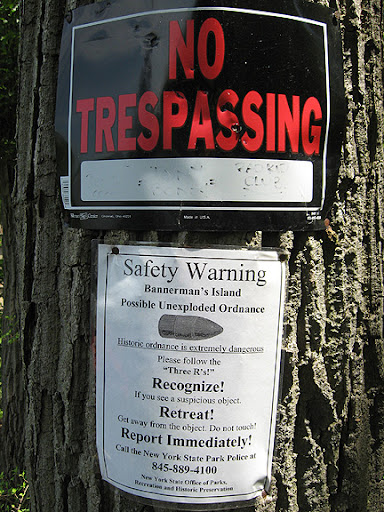 All 20 of us kayakers carefully stepped off of the slippery rocks on the bottom of the Hudson River and dragged ourselves up the bank to a path.

The waiting guide was a local man, slightly older than me and accompanied by two Bannerman Castle Trust volunteer tourist-wranglers. The guide pointed at a pile of red, white, and yellow hard hats that were lying on the ground beside the path.

"Each of you are required to wear one of these. The State of New York owns Pollelel Island and requires that each visitor wear a hard hat."

"There's a tick," muttered another kayaker, pointing at a bug on the guide's bag.

Oh hell. I didn't bring any bug spray, having assumed the danger here was from mosquitos (which don't like me). I didn't even think about ticks.

"We'll walk to the other side of the island and eat lunch, then we'll take a closer look at the castle," said the guide.

He led us to a small clearing where we unpacked our sandwiches (supplied by the outfitter) and listened to the story of Bannerman Castle. 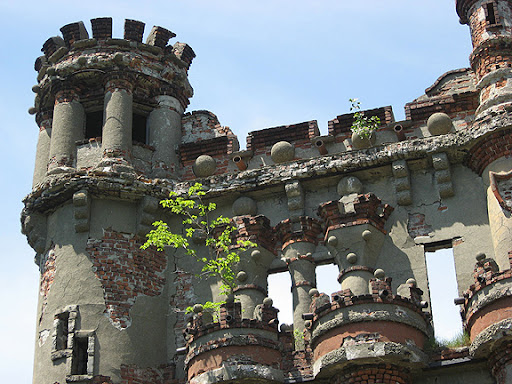 Frank Bannerman was a Scot with a knack for collecting. He would buy up surplus military goods and naval scrap, and when he bought the surplus equipment and ammunition in the aftermath of the Spanish-American War, he ended up with too much stuff and had to store it outside the New York city limits. His son found Pollepel Island, so Bannerman bought it in 1900, finishing the simulated Scottish castle storage facility a few years later. The actual residence (summer only) was a smaller building up the hill.

When our guide was little, he said, he used to find his way to Bannerman Castle and play inside it. There were rotting old leather bags, shells, and munitions. The castle caught fire in 1969 and little remains inside the shell now. 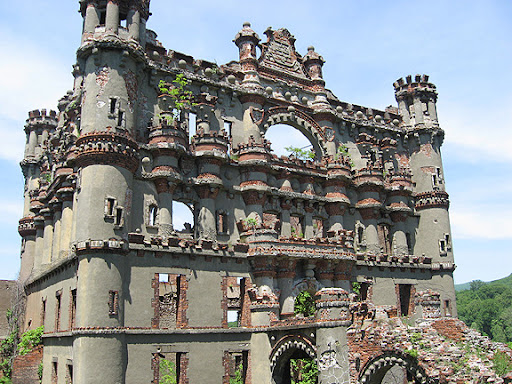 As he told this story, I thought of playing in the ruins at Fort Hunt in Virginia, which was built in the 1880s with the plan to fortify and protect Washington DC. The old batteries at Fort Hunt still stand and today are restored and displayed. But when I was a kid, they were back in the woods, unknown to most and considered unsafe. We'd go back and play inside them, which was probably forbidden, but maybe the plan was to let them return to nature until the time when the park service could deal with restoration.

We weren't allowed to get that close to Bannerman Castle, and I could see why. Ticks would be the least of your worries if you were wandering around this ruin.

We took photos—I've put some here—and after a few hours, loaded ourselves back into our kayaks to row back to Cold Spring. 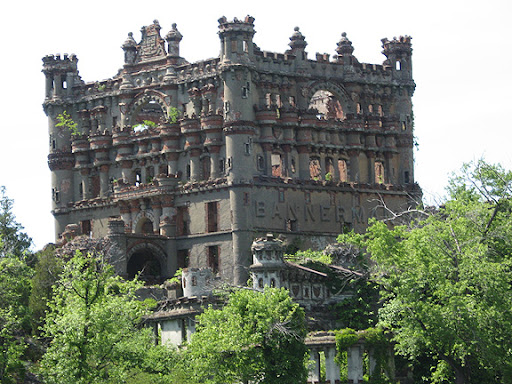 Categories: New York, Travels with Myself

Come to Canada to kayak/canoe, or at least the 1000 Islands.

You will be loved there.