She may look like a mild-mannered seamstress in this photo from our (attempted) skirt-sewing class, but my friend and neighbor Denise presented this as her Facebook Status Update on Saturday night.

"Denise tourniqueted a teen who was stabbed at the Newport Mall this eve then proceeded to wash the blood off at the sink in Sephora."

It turned out that two teens had been stabbed and she'd been in charge of the one losing tons of blood from his upper arm. She'd sacrificed her scarf to the situation and once officials had taken over, she'd washed off the blood and continued on her way, quietly and anonymously, her only fanfare being her Facebook mention.

Denise (and family) was in the middle of a chaotic move from temporary housing back into her real home, which caught on fire in June when I was rafting the Grand Canyon. While wearing what she described as a "Mrs. Brady vintage nightgown," she'd had to carry her 5-year-old son out into the street in the middle of the night.

Denise is, as our mutual friend Nancy declared, "bad-ass." When the zombies come, I'm going straight to her house. 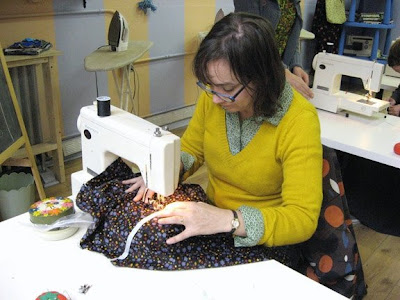