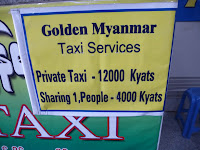 The flight from Heho to Mandalay was much, much shorter than the taxi ride from the Mandalay airport to the Mandalay center.

I'd thought I might try to see the Moustache Brothers—though the show sounded more ethical than good—or maybe head to the street where gold leaf is applied to everything, but in the end, I ended up in a shared taxi (4,000 kyat) for two hours. The traffic in the center of Mandalay was that bad. 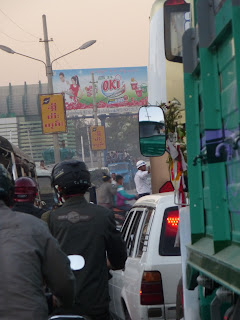 What a pit, I thought. I couldn't help it. Besides sitting in traffic, the air was thick and visible with toxins. Diesel, I imagine. As polluted as China had been the first time I'd been there. The inner city was dense, with long blocks. And even when I put away my luggage and went for a walk, first to the gold leaf district (where one shop was still open) and then randomly in search of something tasty to eat (I ended up at a street stall eating a rice dish I pointed at), Mandalay did not suddenly grow on me.

Though my hotel did. I was staying at a crumbling but pleasant place called Silver Swan. In the lobby, another tourist approached the reception desk while I was collecting my key.

Tourist: "Why doesn't the wi-fi work?" 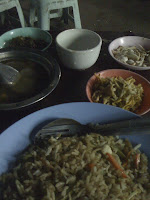 Me: "It's working for me, but it didn't work for me a minute ago. Try again." 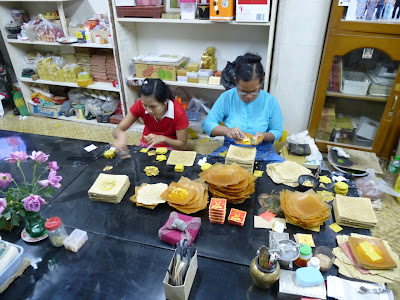 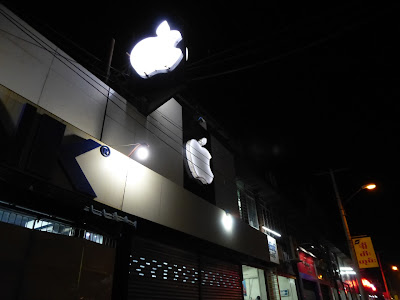