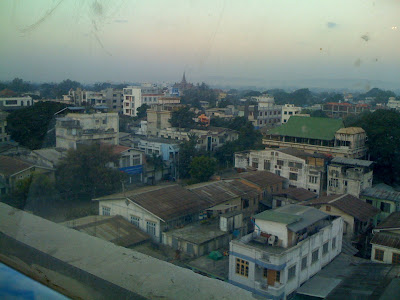 In the morning, I had breakfast in the top floor restaurant of Silver Swan before catching a shared taxi back out to the airport. The airport was nearly empty, though it had lots of room for growth.

"Just think," said a Spanish cyclist I met in the check-in line. "In a few years, all this will be full." He pointed to the empty halls.

"Maybe next year," I said. Burma had never had a tourism season like it was having.

Should we even be here, I wondered again. I'd done a decent job of patronizing local businesses, but I'd flown—taxes went to the illegitimate military junta government—and I'd paid for my visa. More importantly, was my mere presence a passive seal of approval of their plan to make incremental changes to lure in foreign dollars? 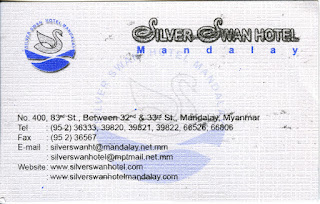 The answer is both yes and no. There's no reason to punish the Burmese people—they've already suffered quite enough. But at the same time, change might come slower now that this deal with the devil had been made. I'd done this as best I could.

And now it was time to fly "home" to Bangkok.