In Jersey City news, apparently Liberty Storage wants to close and turn into an 8-story hotel. It was only a matter of time--it's located directly adjacent to Liberty State Park.

This makes me wistful for an earlier time when I'd drop off Henry the 1990 Ford Taurus at Liberty Storage for 2-3 months, and he'd live next to the sailboats and RVs in their parking lot, while I'd live in Australia, Spain, Mexico, Kuwait, Uganda, Egypt, wherever. My car lived in the storage lot as often as it lived in front of my apartment.

I kept all my stuff in Liberty Storage for about four years.

After the first year, I should've just thrown in a match.

Here's a photo, but it's low-res as it's the only scan I have of a physical photo, which is...wait for it...in a box at A-1 Storage in Jersey City. 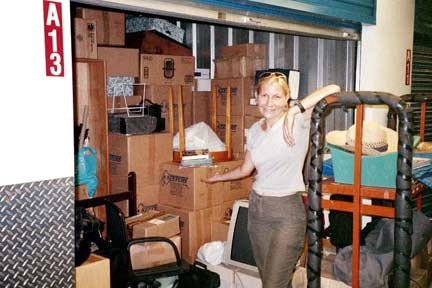