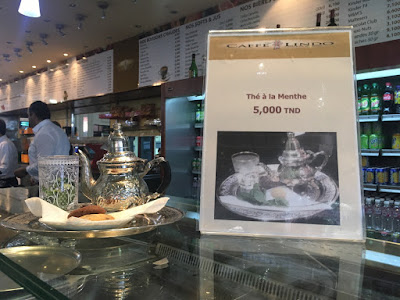 Crawling out of bed at 3:30 a.m. in Spain turned out to be easy, given I'd spent so many hours sleeping over the weekend, due to illness.

What I didn't expect was running into comic con guests in the hotel lobby—they were returning from a Sunday night out, and had only come back this "early" to get editor Daniel onto his plane back to Portland.

Shaking my head, I waved good-bye and got into a taxi to the bus terminal. I'd loaded the local ride-sharing app, Cabify, onto my phone and used it once over the weekend, but the taxis I'd taken had been cheaper and faster to hail.

The taxi ride to the Valencia bus terminal took less than ten minutes, and I sat there for what was only really 10-15 minutes, awaiting the 4 a.m. departure to Barcelona Airport. It felt like forever.

I had my neck pillow along, and that kept me comfy enough until the 9 o'clock arrival at the new terminal. I checked my luggage for the week and carried a pod bag through to Gate D.

Oh. From gates D and E, you can't get to the services of Barcelona's airport. You can see them, but you're past passport control, and you can't use them. I would have known that if I'd read the sign. I nibbled on a croissant. This was going to be a bread-y trip.

My carry-on bag and I flew to Tunis on a half-empty flight. Good thing too—I'd hate to see how long a full flight would've taken to get through the deliciously inefficient queue at Immigration. Had I missed this, the love for bureaucratic theater? Not really, but it was not without its charms.

I finally got through, allowed into Tunisia, where I hit up the ATM and then picked up a data-only SIM for 11 dinars. My TMobile SIM didn't work here, and my backup international SIMs had expired a few years ago when I'd neglected to renew them promptly.

I was feeling travel-rusty and giddy from the odd hours I was keeping, but I got myself some food (Ham? What? Okay, Tunisia is not Kuwait.), and got onto the domestic flight to Djerba, the land of the lotus-eaters, where I wandered out of the airport to the taxi rank, and got into an old car with a bad diesel stench.

The driver put the meter on without me asking, and zipped us along the coast as the sun lowered into the sky. He pulled up in Houmt Souk, and said "Now you walk," pointing to the car-free medina. Oh, okay.

I paid the man the figure on the meter, hefted my bag onto my shoulder, and melted away into the cobblestone alleys of the Houmt Souk center.
Posted by Marie Javins at 4:46 PM