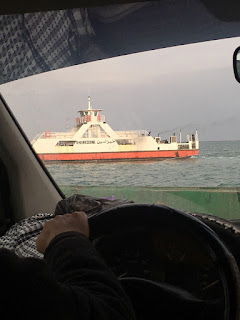 The louage minibus taxi made its way through the afternoon traffic out of Gabes. About an hour later, we pulled up to the car ferry to Djerba.

I was just going to the first town on the island, so I thought about walking onto the ferry, but was worried it would be cold. The louage had to wait in line for a minute, then the driver surged ahead, trying to bully his way onto the ferry.

He didn't make it. He sighed in frustration, but then another ferry opened up on the next pier over. The louage driver pushed ahead of a bus and pulled all the way to the front of the boat. He shut down the engine, not close enough to the edge, apparently. The driver and a ferry attendant rolled the louage a few more inches.

The crossing was smooth, though I would have gotten out of the minibus and walked around if I hadn't been squashed into the middle. 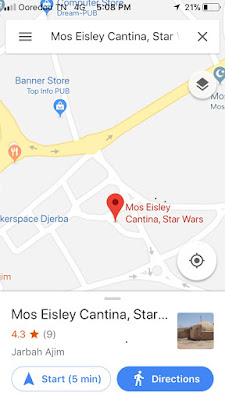 On the other end, I used my phone map to track our progress, then leaned over the seat in front of me.

Why indeed would I want to disembark in Ajim?

There was a non-historical site I needed to see there.

I made my way from the roundabout, following the coordinates I'd programmed into my phone, and there it was.

I'd like to say it was a moving moment to see something I'd first watched on film in 1977, but 1977 was a long time ago, and the Mos Eisley cantina exterior has probably seen better days.

I snapped a few photos, walked to the bus lot, and caught a louage on to Houmt Souk. I'd had a long day, but a hell of a great touring day. And that was it for Star Wars. I wasn't going out into the desert to see the Luke Skywalker igloo or the pod races canyon. I couldn't be bother to checking out the exterior of Ben Kenobi's house. I just walked to the couscous restaurant, went back to the hotel, and packed my bags for the morning, when I'd head back to Gabes to catch a train. 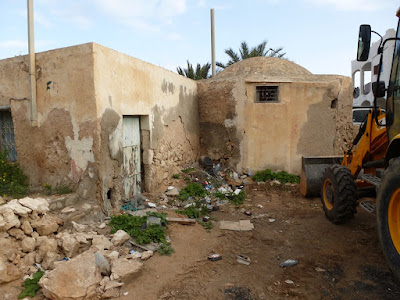 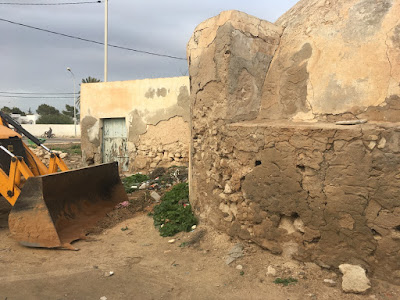 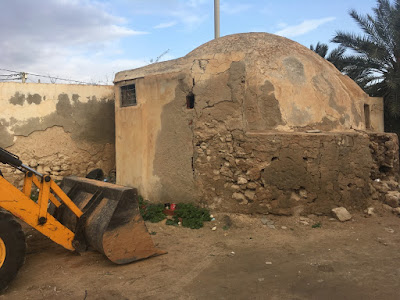 It has seen better days!