My Birthday Gift to Myself

I spent my birthday hiring a guy to refinish my porcelain enameled cast-iron pedestal sink in my 1895 castellated-brick rowhouse in Jersey City.

The sink is from around 1930, so it did not come with the house. This bathroom was "modern" in the old real estate listing photos I've seen from the early 2000s, so the previous owners restored it to include the pedestal sink and cast-iron tub. Thank you, previous owners, because the seventies-style bathroom looked like crap.

I spent the rest of the day coming down with food poisoning, which sidelined me for most of the week. So that was fun. 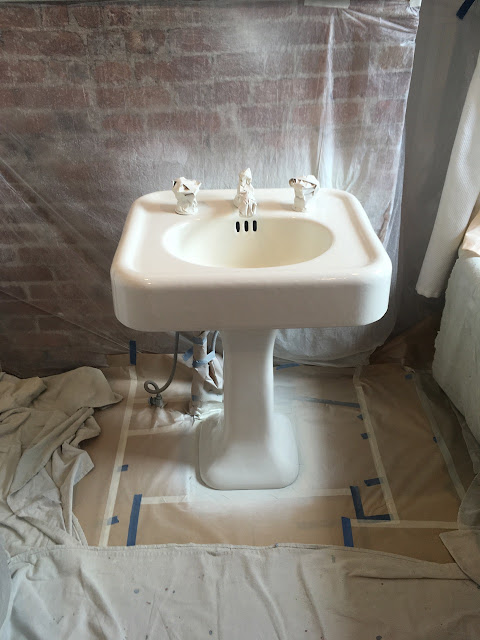 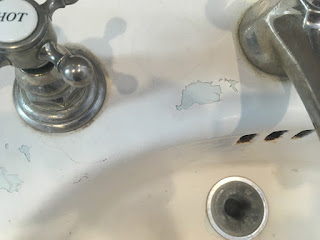 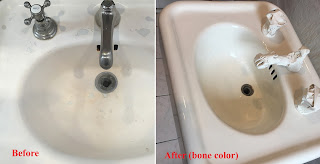